Top Cop, NCC Chairman walk around QPS ahead of Carnival 2019 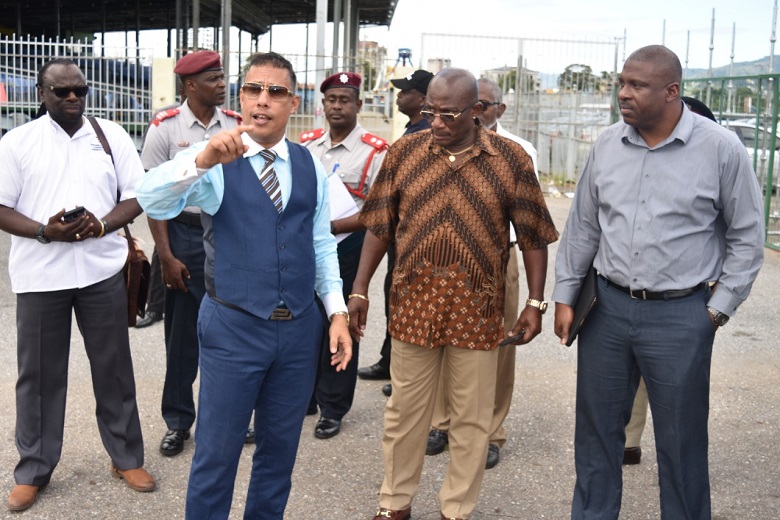 Police Commissioner Gary Griffith conducted a site visit at the Queen’s Park Savannah (QPS) on Thursday along with officials of the National Carnival Commission (NCC), to discuss various safety and security measures being rolled out by the Trinidad and Tobago Police Service (TTPS) for Carnival 2019.

The meeting facilitated a security preparation discussion and walkthrough which occurred at 10:00 am.

The talks centred on safety measures for all events being held at the QPS for Carnival 2019, as well as plans to secure the country and the capital city during the celebrations.

Commissioner Griffith noted that the National Operations Centre will be activated and the TTPS will do its part to manage safety and security during the Carnival period. The strategies were well received by all stakeholders, who expressed their intentions to work closely with each other, to ensure that Port of Spain, the country and all citizens are safe and secure for Carnival 2019.