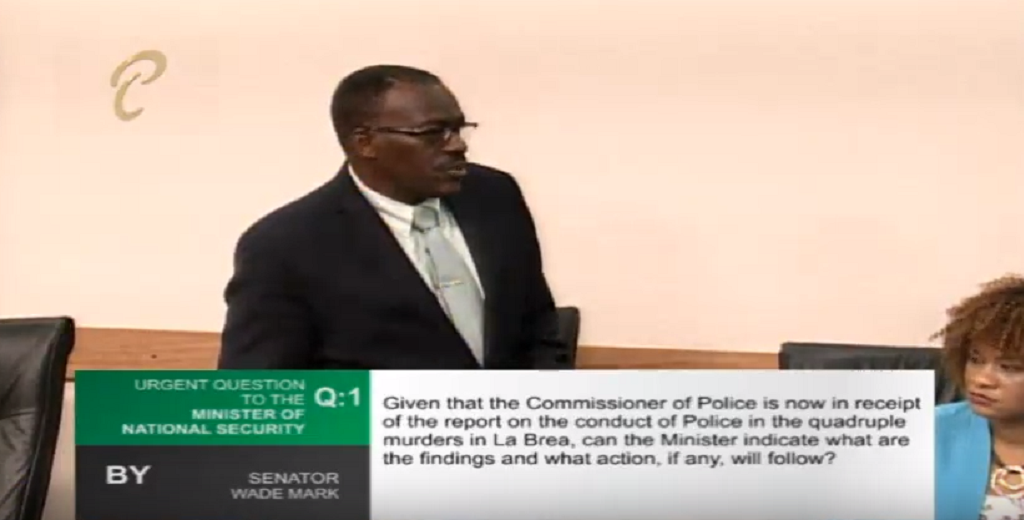 Contrary to newspaper reports, Acting Police Commissioner Stephen Williams is yet to receive the report on the conduct of police in the quadruple murders in La Brea.

This is according to National Security Minister Edmund Dillon.

Dillon made the comment in the Senate on Tuesday, as he responded to an urgent question from Opposition Senator Wade Mark who asked what are the findings of the report.

“The Commissioner of Police has informed me that contrary to newspaper reports he has not received the report on the conduct of police officers in the La Brea situation. He has indicated however that as soon as he receives that report he will treat with recommendations and findings as appropriate,” the National Security Minister stated.

Their killings sparked outrage as it was reported that four days prior to her death the 41-year-old woman made a report about physical abuse to the La Brea Police Station.

This led to the suspension of three officers pending investigations into allegations of dereliction of duty by the Professional Standards Bureau.

La Brea man to be charged in quadruple murder