The Trinidad and Tobago Incoming Tour Operators' Association (T&TITOA) is calling for the authorities to catch and punish the persons responsible for a massive oil spill which leaked into waters near Chaguaramas on Sunday.

The group said the spill was spotted by members on Sunday in the area between Gaspar Grande Island, the Chaguaramas Peninsula and extending out into the Gulf of Paria.

The group said the spill is causing major damage to tourism sites such as the Nelson Island National Heritage Park and the surrounding ecosystem. Animals have already been spotted coated in the toxic substance. 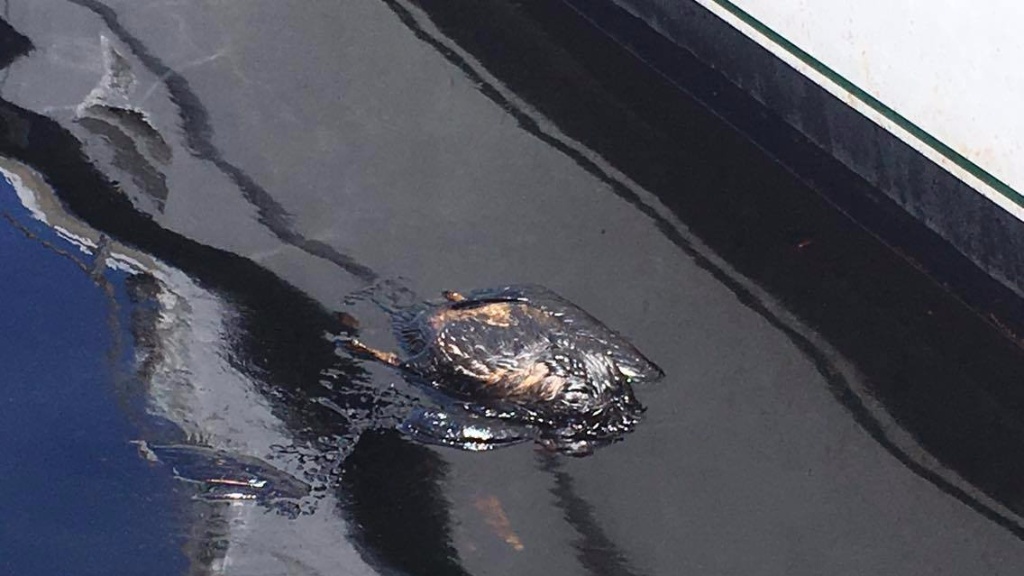 President of the Association, Lorraine Pouchet, said the financial and environmental costs are only the 'tip of the iceberg' as operators' livelihoods will be affected.

"The financial cost to clean this spill by both government agencies and private enterprise is going to be extensive but that is only the tip of the iceberg. There shall not only be the loss of business in the coming weeks as people who had planned vacations or DDI trips will need to cancel but also fishermen will need to curtail their livelihood. Further as the ‘angry’ photos and videos hit the print media and sphere of social media there will be long term negative impacts on the tourism product located in the area."

Pouchet added that the real biological impacts will be the sale of toxic fish after the effect of the spill is absorbed by marine life.

"The most virulent impacts shall come through the ecosystem and into our own human health. Somewhere in 2018 when all the hullabaloo has died down a fisherman shall bring in his now depleting catch of Carite that has fed on oil toxic prey and the fisherman’s customers will now be slowly poisoning themselves."

"Soon they shall baffle doctors as to what is causing the chronic ailments and these goodly doctors shall prescribe medicine and suggest remedies to fix patients to no avail and money in the billions will be spent in an attempt to fix our continued oil induced infections. This as our fisherfolk are forced to go further and further out to sea in an attempt to bring in healthy fish," she said.

(Video: Head of Fishermen and Friends of the Sea, Gary Aboud, visited the spill on Sunday.)

The Association said it stands ready to assist and is urging for a swift and effective response regarding the clean-up process, and is calling for the swift application of justice in finding the culprit.

"As a nation we need to clearly demonstrate to the world that we are serious about conserving our natural heritage. We urge government agencies to take immediate and aggressive action to both clean up the spill and to ensure that whoever has created this disaster is held accountable and receives the full force of Trinidad and Tobago's laws," she said.