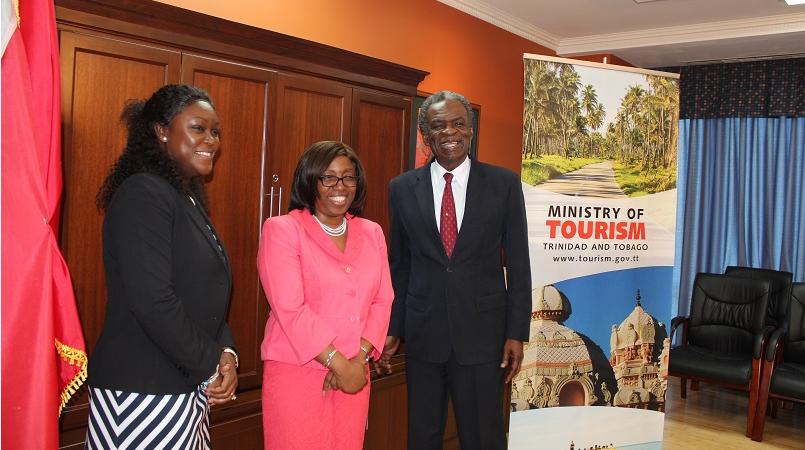 On Tuesday, former Tobago House of Assembly (THA) Chief Secretary, Orville London, took part in a tourism briefing before taking on his new post as High Commissioner to the UK.

The objective of the briefing, conducted by Ethlyn John, Acting Permanent Secretary of the Ministry and other senior tourism executives, was to sensitise and equip overseas representatives with information that would assist them in promoting destination Trinidad and Tobago in their assigned countries.

During her welcome remarks, John committed to strengthening the Ministry’s existing ties, and collaborating even more closely, with this country’s Overseas Missions as the local tourism sector continues to play a key role in the economic transformation of Trinidad and Tobago.

Comprehensive PowerPoint presentations were made on the National Tourism Policy, other sub tourism policies as well as our Convention Bureau and the recently launched Go TrinBago mobile application.

Among the many areas discussed were visitor safety and security and optimising the use of the diaspora in terms of investment and marketing destination Trinidad and Tobago.