Trade Minister on US, China tariffs: No effect on T&T prices right now 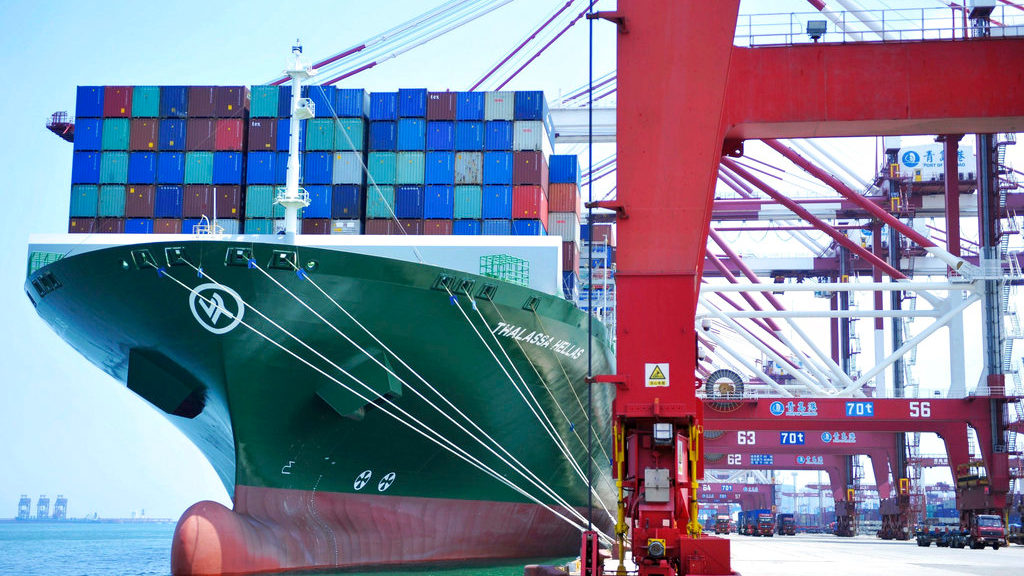 Trucks haul containers from a container port in Qingdao in eastern China's Shandong province Friday, July 6, 2018. The United States hiked tariffs on Chinese imports Friday and Beijing said it immediately retaliated in a dispute between the world's two biggest economies that President Donald Trump says he is prepared to escalate. (Chinatopix via AP)

Minister of Trade and Industry Paula Gopee-Scoon says there is as yet no immediate risk to Trinidad and Tobago, after news of tariff hikes on US and Chinese goods.

Speaking to LoopTT, Gopee-Scoon said that her Ministry is monitoring the situation, but there is as yet no immediate impact on the country.

“The situation is one which is of global concern and raises the question as to how effective the World Trade Organisation (WTO) is.”

“Obviously, there would be repercussions out of disagreements and the introduction of trade tariffs between these two super nations. We’re being very careful but it may also benefit us as well.”

Gopee-Scoon said however that Trinidad and Tobago depends on both countries and values both relationships.

“Both of those countries are important to both Trinidad and Tobago in that the US remains our first and most export market. China remains an incredibly important market for us as well – new, but important, and one based on long years of fraternal relations which we are formalising even more through the ‘One Belt, One Road’ initiative.

“When these issues occur, sometimes other countries do benefit because there may be other sources of goods.

“We continue to monitor closely - the Ministry will be monitoring the particular items affected, however thus far there is no immediate impact,” she said.

Gopee-Scoon assured that the price of goods is not affected at this time.

“The tariffs are only on specific items, there is no impact (on local prices) at this time,” she said.

On Friday, the US and China hiked tariffs on billions of dollars of each other's goods, launching what Beijing called the "biggest trade war in economic history" in a spiralling dispute over technology.

The Trump administration is confronting Beijing over development tactics it says include stealing or pressuring foreign companies to hand over technology.

Washington imposed 25 percent duties on $34 billion of imports from China in the first in a possible series of increases that President Donald Trump says could affect up to $550 billion of Chinese goods.

The Communist Party newspaper People's Daily said they were imposed on a $34 billion list of goods issued last month that included soybeans, pork and electric vehicles.

Hostilities could intensify: Trump said Washington is ready to target an additional $200 billion in Chinese imports — and then $300 billion more — if Beijing does not yield.

That would bring the total of targeted Chinese goods to $550 billion — more than the $506 billion in goods that China shipped to the United States last year.