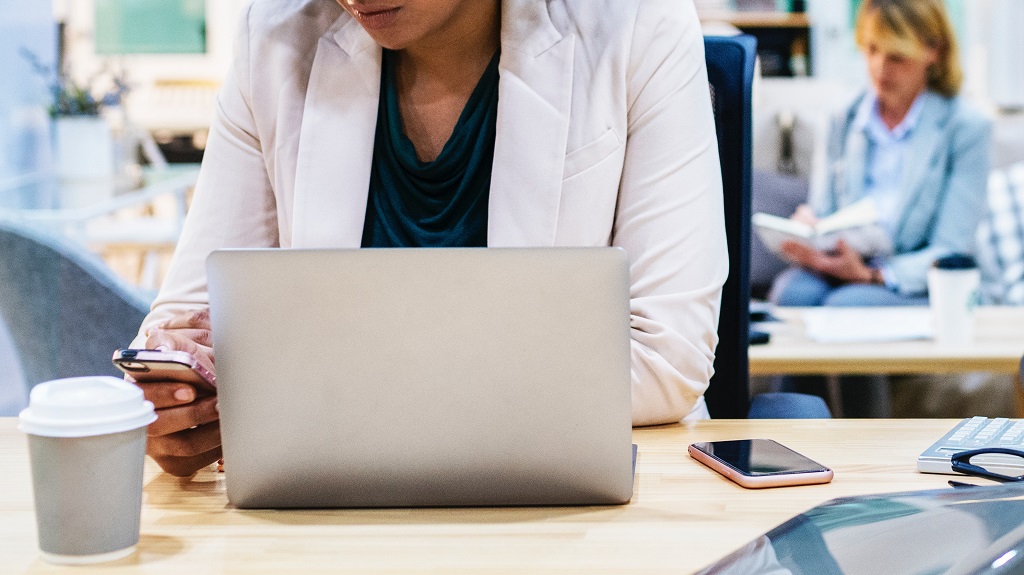 Concerns have been raised over the stripping away of benefits for workers who are switched over from permanent to contract positions.

There are over 13,000 contract workers at government ministries, according to information revealed during a Joint Select Committee in Parliament in April 2018.

Chief Education and Research Officer at the Oilfield Workers Trade Union, Ozzi Warwick, said there is an alarming trend of moving workers from permanent work over to contract positions, which he said has serious implications on family life and health within Trinidad and Tobago.

“Across the board, we are seeing more and more permanent workers being converted to contract work. Before it was happening slowly but now it’s happening at an exponential rate. There is a mad rush to put people on contract.”

Warwick told LoopTT that unlike countries like the United Kingdom where both contract and permanent workers’ rights are protected by law, in Trinidad and Tobago contract workers are often stripped of financial security or flexibility.

“Contract work or what we call precarious work is a scourge on workers and it’s expanding exponentially.”

“It actually strips away the workers’ bargaining power because you now have to negotiate your terms as an individual against an employer, it takes away wealth, for example no pension, no paid medical coverage, you don’t have paid vacation leave or any other form of allowances, and overtime is not factored in.

“This trend of shifting workers from permanent to contract positions, what society is doing, is literally taking or extracting from one group of society for the benefit of the employer,” he said.

“It reduces the standard of living because it’s now more difficult to get a loan or a mortgage. There’s no sense of planning because you’re not sure whether you’ll have a job next month, so it’s difficult to plan a future. It really strips away the dignity of a person,” he said. 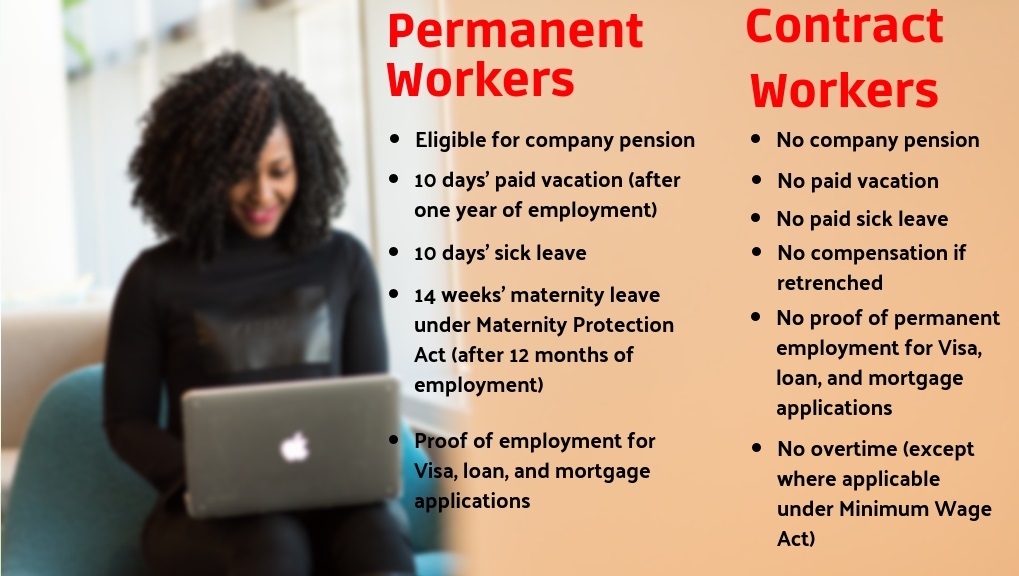 No security for pregnant women on contract

Warwick said the ramifications extend far beyond the financial benefit to the employer and can, in fact, erode family life and even cost the state in terms of health issues.

“The effect on health is huge. With maternity leave, they cannot by law stop them from taking leave but when they come back out they can just say they are not renewing the contract, that’s how they discriminate against women.”

“In terms of mental health, it has an impact. As a mother of two or one or three, how do you plan for your children when you’re not sure from one month to the next of your employment? Women will be more disproportionately affected by the use of contract work.”

The change could also affect population growth as women may delay pregnancy until more stable employment is available.

Warwick said it is critical that the legislation is amended to protect contract workers.

“We have no real legislation that regulates contract work, so it’s to the whim of the employers.”

Warwick said contract work was never meant to replace permanent jobs, but it is being used as a way to strip workers of their rights.

“There are basic rights that workers should be entitled to, regardless of whether they are temporary or permanent, but that is not happening in Trinidad and Tobago.”

“Employers in Trinidad and Tobago are stripping workers of their rights, we are seeing attempts to strip away things like sick leave and vacation leave.”

“This creates a society whereby more or less everyone is living today for today. We should be constructing a society based on citizens’ wellbeing,” he said.

Warwick added that contract work without terms and benefits is also a violation of the Decent Work Agenda of the International Labour Organisation (ILO).

Warwick said the resulting burden on the health sector is one obvious result.

“It will cause an increase in mental health cases, and already we don’t treat mental health issues. Think about it, for a family with two wage earners, neither of which have permanent jobs and both on contract, and they still have mortgage or rent to pay, food to buy, school fees, fuel or public transport, imagine these debts and think that after one month, your employer says they’re not renewing your contract, just so, without any form of compensation.”

He noted that there was a Joint Select Committee held on the state of contract employment in the Public Service in April 2018, but said he has not heard of any developments on this since then.

“The Labour Minister did a public consultation on contract labour, and we have not heard from her since.

“In terms of legislation she needs to amend legislation to make sure that contract and temporary workers have these basic rights, so the recommendations that came out of these documents on contract work need to be implemented.”

“As a society, we all need to be concerned about this,” he said.

Head of the Public Services Association (PSA) Watson Duke, said a recent 'human resource transformation' by the courts is a strategy to force workers into contract positions.

Opposition Leader Kamla Persad-Bissessar said the decision was 'heartless', although Attorney General Faris Al-Rawi said no one would be fired.

UK government policy states that employers must ensure that fixed-term (contract) employees get the same pay and conditions as permanent staff, including the same or equivalent benefits package, information about permanent vacancies in the organisation, and protection against redundancy or dismissal.

In addition, part-time workers are entitled to pay rates (including sick pay, maternity, paternity and adoption leave and pay), pension opportunities and benefits, and holidays.

9 things to know about the Maternity Protection Act