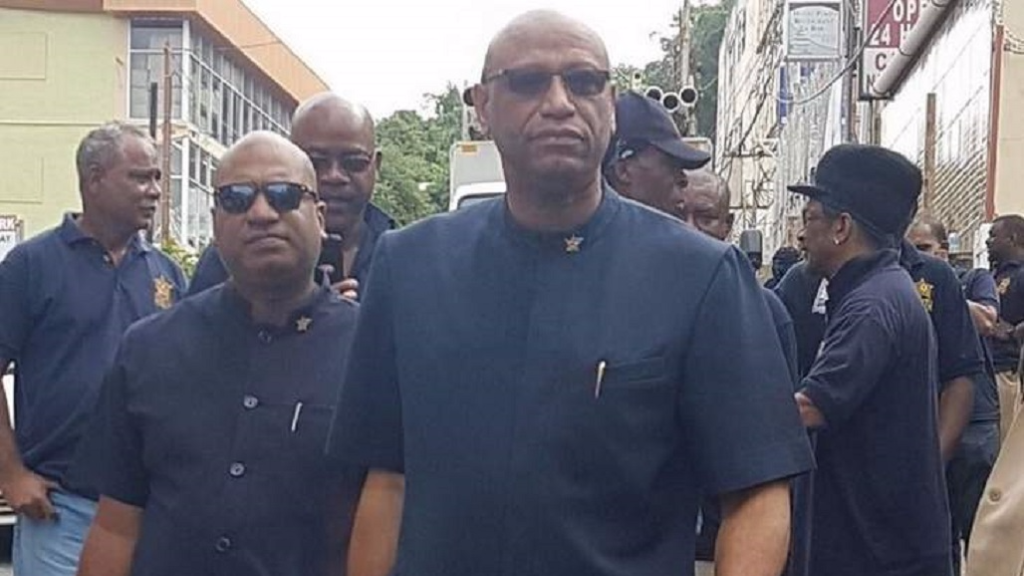 Prime Minister Dr Keith Rowley has received a stern warning from members of the Joint Trade Union Movement (JTUM) to "pull himself together" or face the wrath of the labour movement.

The warning came following a march through Port of Spain on Friday in which the unions voiced their concerns with mass retrenchment, skyrocketing food prices and non-payment of pensions and back-pay to workers.

Representatives of numerous unions attended the march which ended in a rally on the Brian Lara Promenade.

Speaking during the rally, Amalgamated Workers Union leader Michael Prentice voiced his frustration with the level of retrenchment of workers he said has occurred under the People's National Movement (PNM) government.

He said workers had voted in the PNM because they expected change and better governance but had instead received retrenchment notices and excuses that the country was out of money.

He noted that the cost of living continues to increase and "every institution in this country is jacking up prices", yet there has been silence from the government to the plight of the working class.

"Pull yourself together," he said to Rowley. "We are not happy because we realise you have gone of course. We are angry, disappointed because we expected more."

Prentice said Rowley must remember that it was workers of this country that voted him into office and those same people have the power to vote him out.

National Union of Government & Federated Workers (NUGFW) President James Lambert said though the country wanted a change from the People's Partnership, there appeared to be a change for the worse.

"I am not saying that the previous government was better in totality but we were much better off than today," Lambert said.

Federation of Independent Trade Unions and Non-Governmental Organisations (FITUN) head Joseph Remy however said both the PNM and the United National Congress (UNC) were the same.

"The political directorate don't care one hell about the working class in T&T, neither red nor yellow," he said.

Remy said the PNM has no plan to take the country forward and that he was disappointed in Labour Minister Jennifer Baptiste-Primus who is a former union leader herself.

"But it's better we had drowned in the first place. It is the same thing over and over," Roget said.