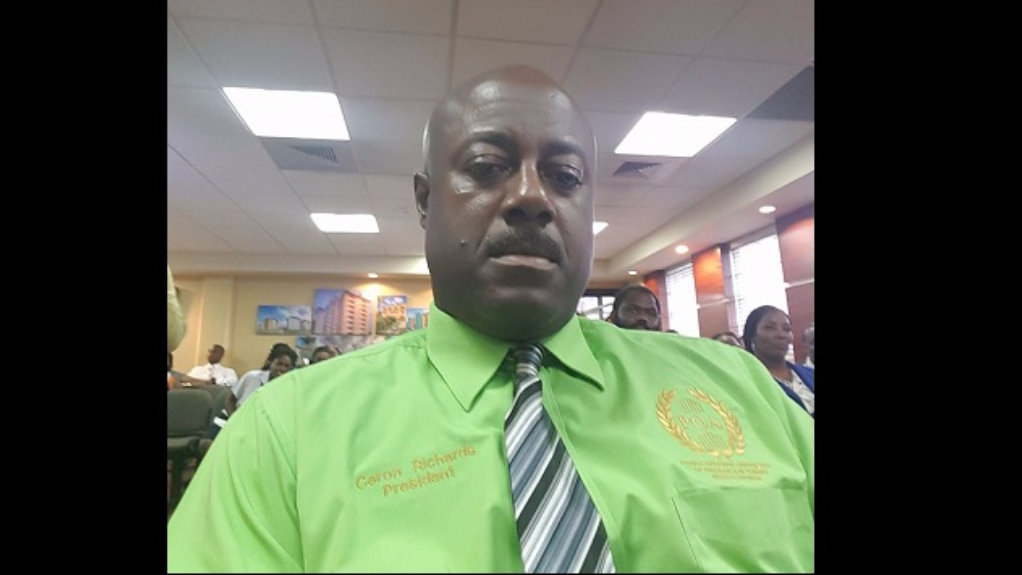 POA head Ceron Richards held a media conference at the Golden Grove Prison in Arouca on Monday, two years after the 2015 prison break at the Port-of-Spain prison which left a police officer dead and a prison officer wounded.

Addressing what he described as unsatisfactory conditions at the nation’s prisons, Richards slammed Minister Dillon for ‘doing nothing.’ He said the time has come for the Prime Minister, as chairman of the National Security Council, to do what is necessary to advance the Prison System, beginning with the firing of Minister Dillon.

“We are asking the Prime Minister for one thing, first and foremost, fire that Minister of National Security, first and foremost, that is the first thing the Prison Officer’s Association is asking for. Brigadier Dillon is largely unresponsive to the plight of Prison Officers, Inmates and the Prison System as a whole. He is very busy, very busy doing absolutely nothing for the prison service.”

Richards also raised concerns about who was benefiting from crime in Trinidad and Tobago. He claimed the remand population was over 60% of the overall prison population, and further alleged that private contractors are benefiting from shuttling remandees to and from courts across the country.

He said this system must be addressed in the quickest possible time.

“The reality of the situation is this, in order for people to make money the prison have to have people, the prison have to be filled. Is a easy Maths inno, is easy Maths. So there is no real emphasis in reforming the system there is no real emphasis on having the remand population reduced. We have heard Government come, Government go talk about strategies to reduce the remand population but to no avail.”

Meanwhile, the POA head described the situation at the Maximum Security Prison. He said inmates aren’t being afforded basic necessities and added that based on the conditions, he squarely believes that Trinidad and Tobago does not have a maximum security prison.

“That prison right now, will you believe, will you believe, do not have an alarm system.  We lost an inmate, we are very fearful we will start losing more persons at that Maximum Security Prison. It is a disaster waiting to happen, that is the reality.  Officers there don’t even have water. Imagine, just to bathe inmates and give inmates they normal entitlement for which water is integral, we don’t have water in that prison.”

“Something is seriously wrong as it regards to the management of that prison and we are asking the Prime Minister to get to the bottom of that. There’s a contract to upgrade that Maximum Security Prison a contract going on for two years now. We want to know who are those contractors, how much monies were paid and what is the delivery time frame like because as the contract is commencing, the prison conditions are getting worse.”

In echoing the call for the dismissal of Minister Dillon, Roget said citizens are fearful for their lives.

He said he believes there is nothing in place to protect members of the public from criminal elements and those who wish to harm them.