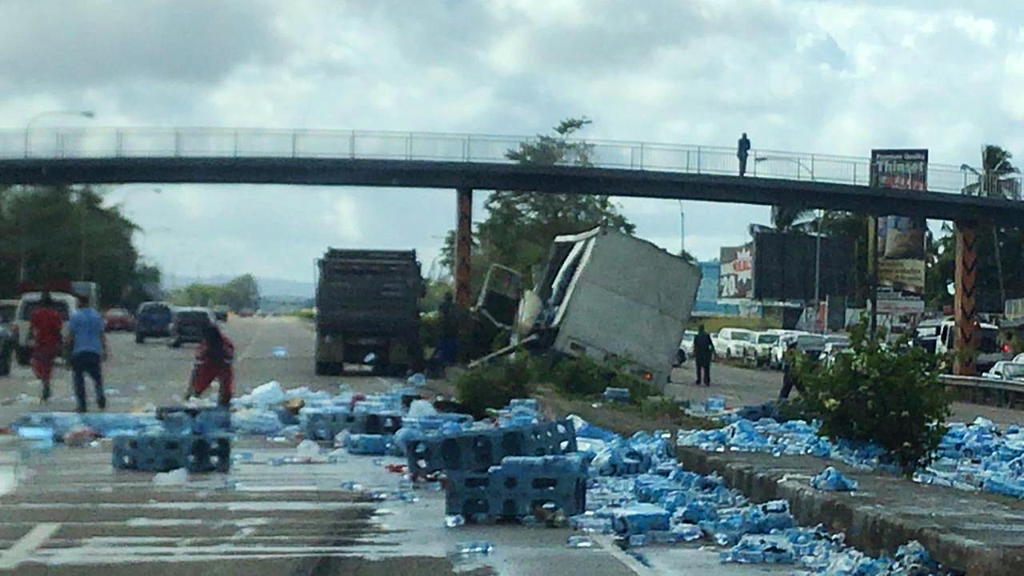 Photo: A truck carrying crates of bottled water collided with a PTSC bus on February 5, 2019. As a result of the accident, two female passengers died.

Two women have been killed as a result of a highway accident involving a PTSC bus and a truck carrying crates of bottled water.

Fire officials confirmed that two female passengers succumbed to their injuries as a result of the collision on Tuesday.

According to initial reports, the incident took place along the Uriah Butler Highway just before 10:00 am, near Charlieville.

Witnesses said the truck was travelling south along the highway while the bus was travelling north, when a tyre allegedly blew out from a nearby dump truck which collided with the truck, which lost control and crossed the median, colliding with the PTSC bus.

As a result of the impact, two women were killed and another person critically injured, while several other passengers received multiple injuries.

The force of the impact reportedly caused water bottles to spill across to the northbound lane of the highway.

Emergency responders were at the scene up to midday Tuesday. 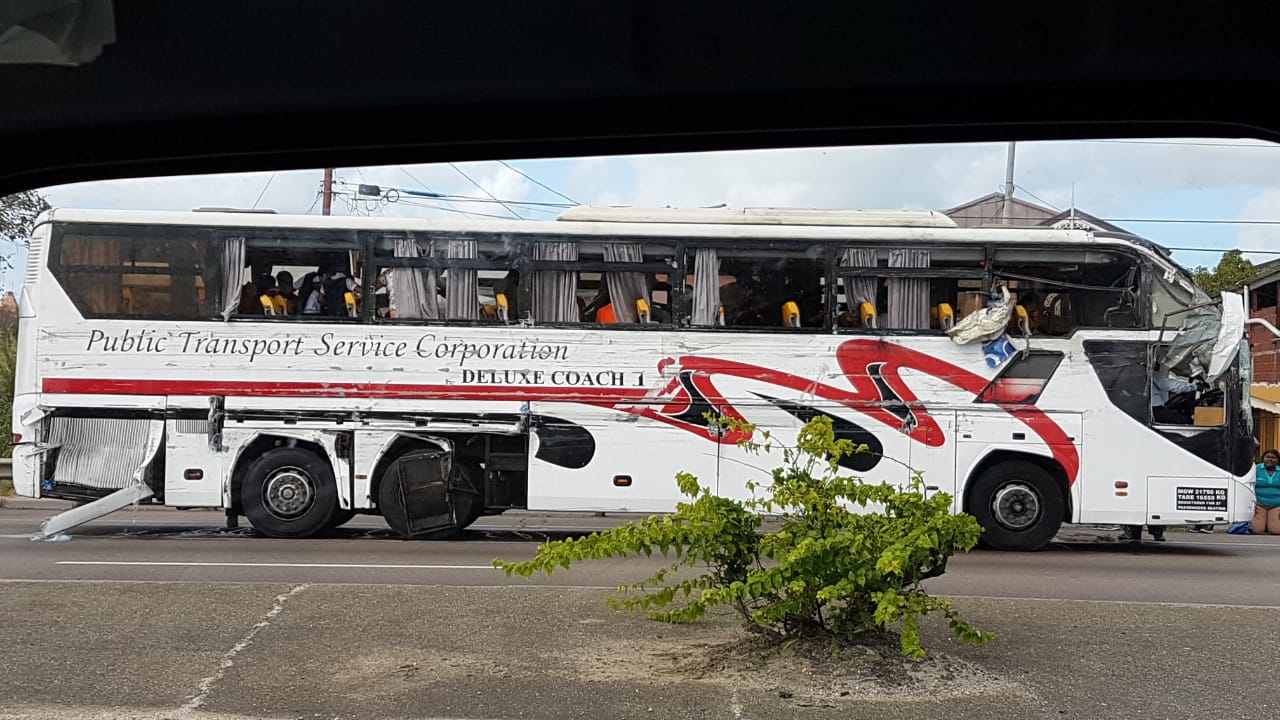 (Photo: Two women have died as a result of a collision involving a PTSC bus and a truck carrying crates of bottled water on February 5, 2019. )

Drivers are advised to seek alternative routes if possible.