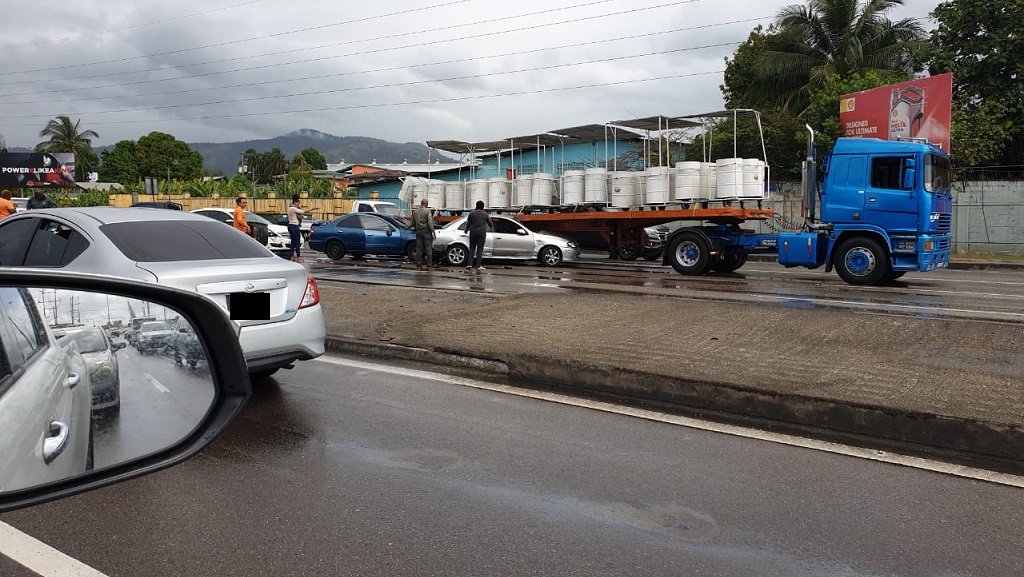 Drivers are advised of heavy traffic along parts of the Churchill Roosevelt Highway (CRH) near El Socorro after reports of two accidents, one involving a truck carrying steelpans.

According to preliminary reports, the incident took place on Tuesday morning near El Socorro along the eastbound lane of the highway.

It's reported that part of the highway was temporarily closed to allow emergency responders to attend to the victims and clear the vehicles.

Photos and videos shared via social media showed several cars involved in a collision with a truck which was carrying steelpans, shortly before the El Socorro intersection along the CRH. 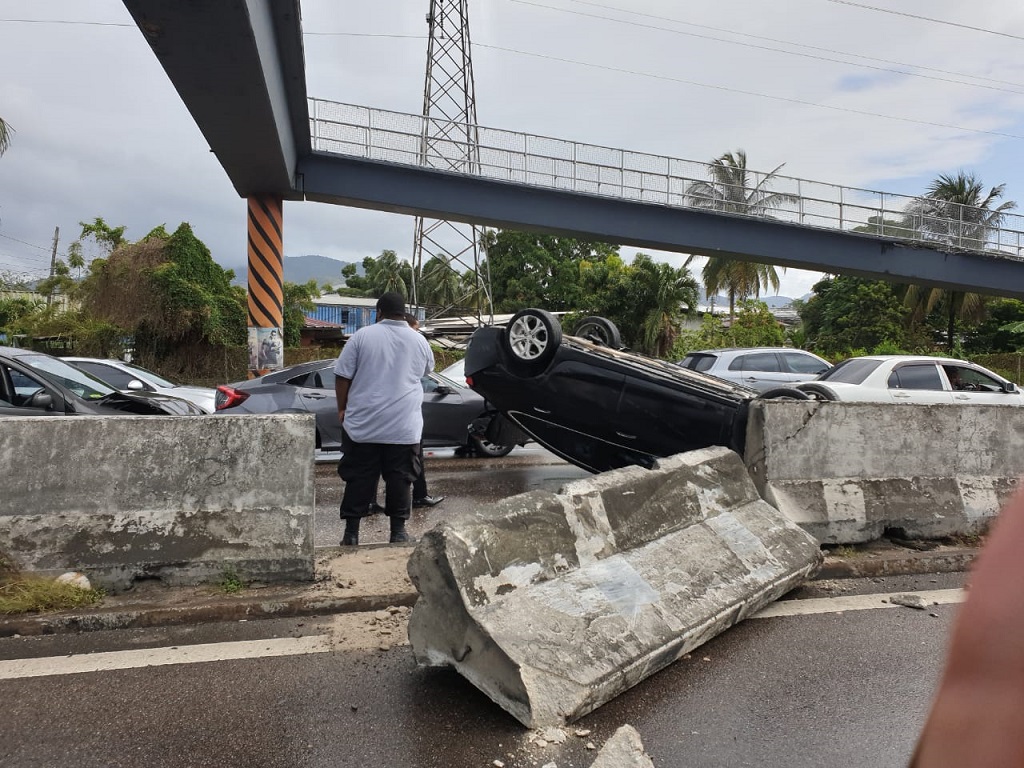 Subsequent photos showed another collision involving a back vehicle which overturned and flipped onto its hood.

Photos shared via social media showed yet another car which flipped onto its hood near the Grand Bazaar flyover (photo below). 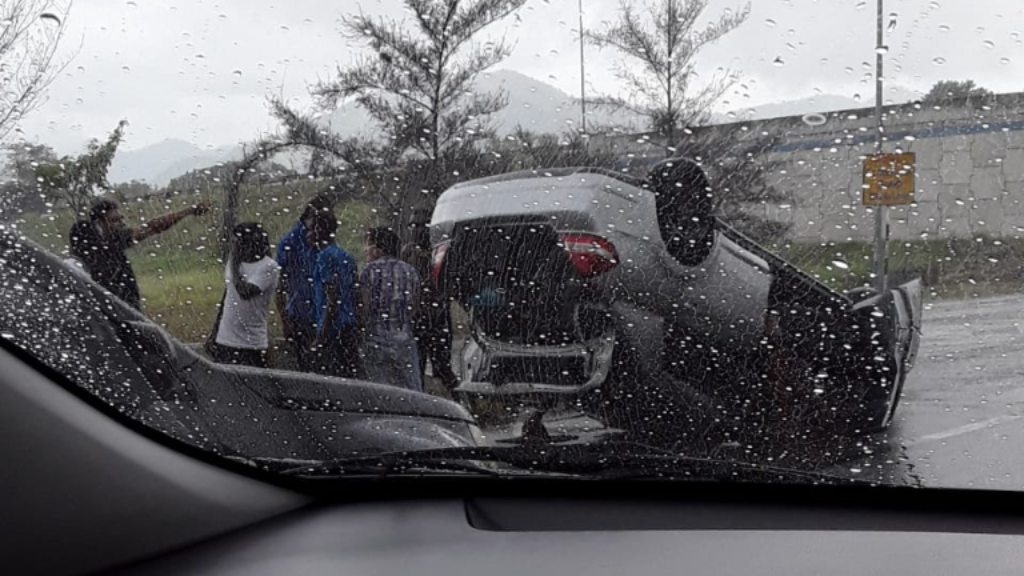 According to reports, heavy traffic was seen along the eastbound lane of the highway, as far west as the Beetham.

There are no reports yet regarding injuries or fatalities from both accidents.