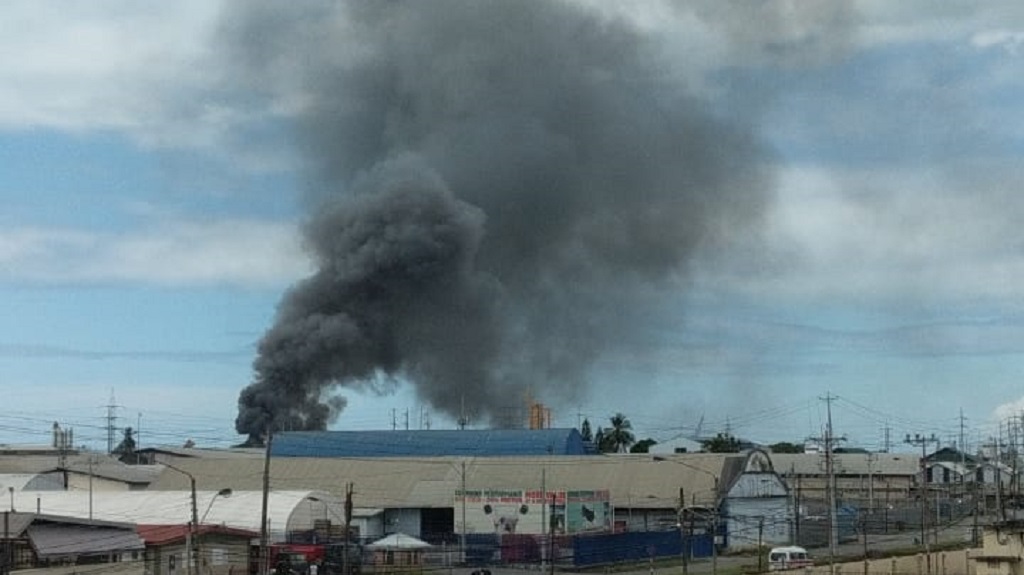 Drivers are warned of traffic as a result of plumes of smoke from a fire in Sea Lots, Port of Spain.

According to an update from the Ministry of Rural Development and Local Government, the fire originated at a house at Pioneer Drive, Sea Lots on Friday morning.

The Ministry said the Port of Spain Disaster Management Unit noticed plumes of smoke originating from the Sea Lots area and a team was sent to assess the situation.

Fire officials arrived at the site and began to extinguish the fire.

The Ministry said assessments will be conducted and support and disaster relief supplies will be provided to the affected residents.

Drivers are warned of possible traffic heading into Port of Spain as a result of the smoke.

Drivers are advised of traffic as a result of a pillar of black smoke spotted in East Port of Spain.

Drivers reported to Loop News that the billowing smoke was seen near Sea Lots around midday on Friday.

Drivers are advised of traffic building up  as a result and visibility possibly being affected as a result.

The cause of the fire is not yet known.

4.3 earthquake strikes near Port of Spain

Fire at D'Bocas causes traffic disruption in Port of Spain