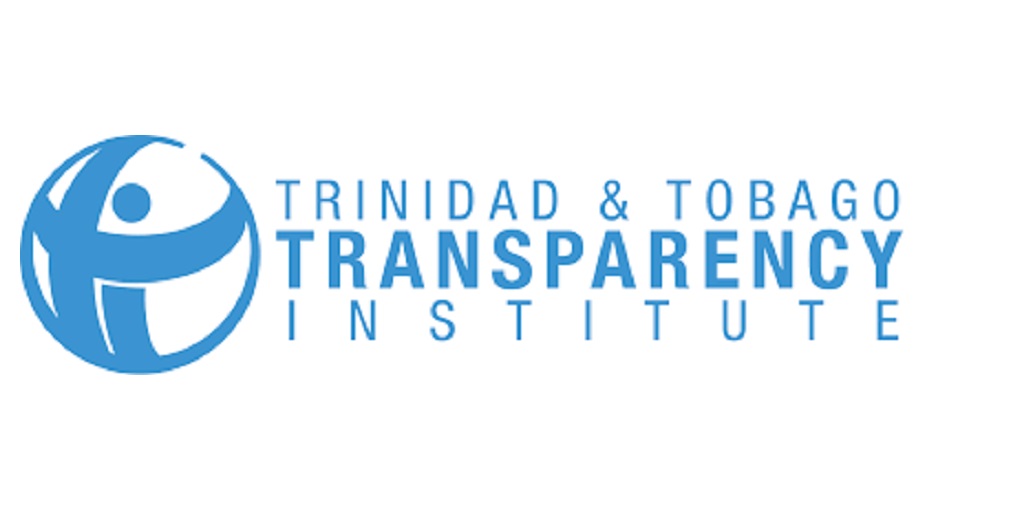 The Trinidad and Tobago Transparency Institute (TTTI) is calling for a number of sweeping legislative changes in its Anti-Corruption Day message.

In a media release issued on Monday, TTTI notes that this day which is observed on December 9, 2019, provides an opportunity for citizens to reflect on the shattering impact corruption has on the most vulnerable in society.

Transparency International defines corruption as ‘the abuse of entrusted power for private gain.’ Corruption intensifies poverty, violates human rights, undermines democracy, causes environmental damage, is a barrier to economic development and has long been a tool of organised crime.

According to the Chair of TI, Delia Ferreira Rubio, “Corruption is much more likely to flourish where democratic foundations are weak.”

Recalling the launch of the Business Integrity Country Agenda (BICA) Report in December 2018, TTTI is urging stakeholders to ensure the following recommendations are adopted in a timely manner:

- Amendment of The Prevention of Corruption Act 1987 to cover commercial bribery and bribery of foreign officials by the end of 2020.

- Proclamation and enforcement of Whistleblowing legislation by the end of 2020. This long outstanding piece of legislation will provide much-needed support and encouragement to victims and witnesses of corrupt activity.

- Enactment of Campaign Finance Legislation and ensuring full implementation of the Public Procurement and Disposal of Public Property Act by end of 2019. With General elections on the horizon, TTTI has added countdown clocks to its website to keep these two matters on the radar.

- Strengthening of sanctions against the breach of accounting and auditing standards in order to deter non-compliance.

- Relocation of the Office of the Director of Public Prosecutions (DPP) to a space large enough to accommodate a full complement of staff.

- Expansion of the power of the Police Complaints Authority (PCA) to improve its investigative capability in cases of alleged police misconduct.

- Equipping of the Auditor General’s office with more accounting and auditing staff to audit the institutions that fall under its remit.

- Examining and addressing the resource constraints of the Office of the DPP, the Financial Investigations Bureau (FIB), the Fraud Squad and the Anti-Corruption Investigation Bureau (ACIB).

- Instituting stricter penalties for accounting and auditing discrepancies in the public sector. These penalties should be fines proportionate to the discrepancy and not simply the suspension, transfer or dismissal of the perpetrator.

- Introducing measures for the prevention of fraud in state enterprises.

"TTTI acknowledges that while the Parliament has made efforts in enacting anti-corruption legislation such as the passage of the Civil Asset Recovery and Management and Unexplained Wealth Bill, 2019, as well as the removal of the Anti-corruption Investigations Bureau (ACIB) from under the purview of the Ministry of the Attorney General to the Commissioner of Police, more has to be done."

TTTI also notes the recent analysis of country evaluations issued by the global anti-money laundering regulator, the Financial Action Task Force (FATF), which highlighted Trinidad and Tobago as the only country that fully complies with the FATF requirements for governments to ensure that authorities can quickly find out who the real or ‘beneficial’ owners of companies registered in their territory are. Additionally, TTTI is encouraging the government to take tangible steps to achieve active/compliant status under the Open Government Partnership (OGP) as this country has been listed as “inactive in the OGP due to acting contrary to OGP process for three consecutive years.”

Meanwhile, the national chapter of Transparency International says it works for “a world in which government, politics, business, civil society and the daily lives of people are free of corruption”.

TTTI as an NGO has been seeking to fulfil its mandate through advocacy and public education on matters of anti-corruption and 2019 marks TTTI’s 21st anniversary in leading the fight against corruption in Trinidad and Tobago. Some of TTTI’s key activities include:

- Launch of the Corruption Perceptions Index each year

- Advocating for reform and proclamation of key anti-corruption legislation