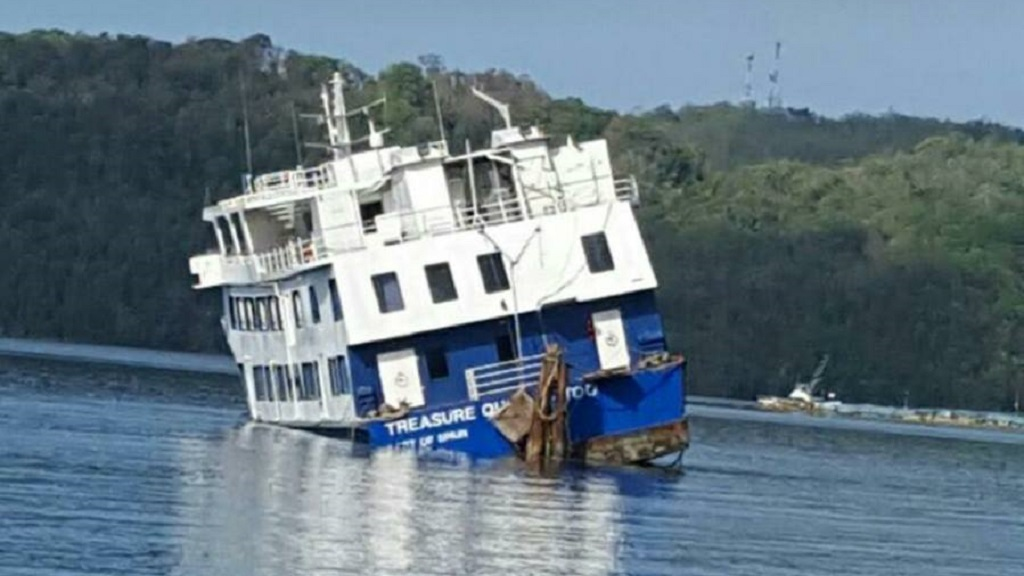 Photos of party boat the Treasure Queen 2 went viral on Friday after the boat was seen leaning to one side and taking on water.

Photos shared to social media caused consternation from some who thought the boat might be sinking.

However, a source who preferred not to be named told LoopTT that the situation is under control and that the vessel would be taken in for repair.

(Photo: The vessel was seen taking on water as it was moored along Trinidad's northwest coast on Friday.)

LoopTT was told the vessel, which is owned by Captain Basil Joseph of Treasure Queen Tours, had simply collected water due to what was thought to be an open valve.

The vessel was soon repaired after work was done by Saturday by 4:00 pm.

(Photo: The vessel was returned to normal after repairs on Saturday.)

LoopTT was informed that the vessel had been moored at that location for some months.