Trevor Sayers: Building a brand one video at a time 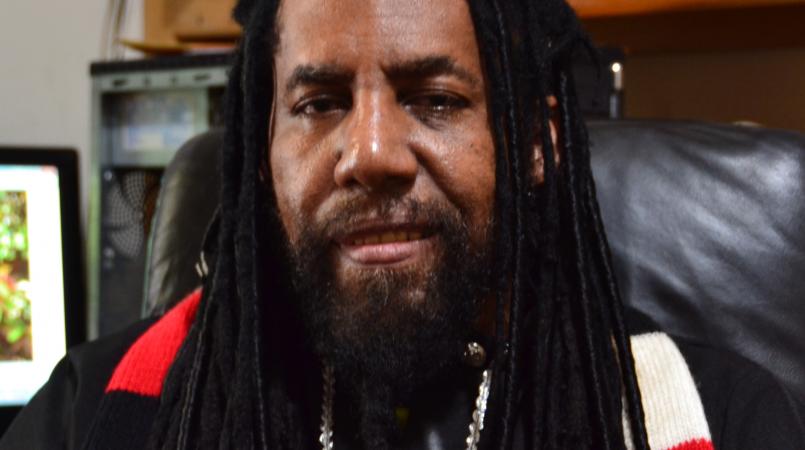 The sight of the herbalist, dressed in his trademark African clothing, running, wining and assuming multiple personalities, has earned him lots of ridicule and laughter but Sayers is the one laughing all the way to the bank.

His songs and videos are used to advertise his herbal products sold at the eight branches of his Naturalised Herbs store.

“Stamina”, was the most famous of them all, garnering him features on international networks and launching his penchant for producing music videos.

For Carnival, Sayers dropped two soca videos, “Jump Up” in which he declares his love for Pricey (Rachel Price) and “Trump it Up”.

“Trump it Up is to show people I am the greatest herbalist of all time, I have a lot of self-confidence,” he explained.

Sayers said he has been doing poetry and music for years and was part of the support team who wrote “Deputy Essential” for the late Penguin.

“I was always writing but never sang,” he said.

“You can’t take this world with a normal head,” said Sayers when asked about his videos. In “Jump Up” he is seen wining on a washing machine and a chair.

“Some of the art is too still,” he said. “I like to keep the spiritual values so I wouldn’t wine on a woman, I wine on a washing machine no sin in that.”

That Trevor Sayers, 59, has taken to social media to promote his brand is no surprise.

Sayers, who is proud of owning 17 houses, including his home in Millennium Park, Trincity, has been using technology to build his fortune for years.

“When the Internet had just started to become popular I used to make about $40,000 a day.  I used to be in telemarketing and I had a chat room that hosted 10 people at a time. I had a 900 number from TSTT and I offered different services including a psychic network. I was like an information bureau taking something like 63 calls at a time,” he said.

“If we had a proper e-commerce system I could make a truckload of money a day. We need a better system if we serious about economic development. People are socially creative but the banking system not willing to give us a break,” he said.

Asked about his entrepreneurial spirit, Sayers, who also owns real estate and construction companies as well an appliance store, said he has been in business since he was a child.

His mother left the country when he was 11 and he learned from his father how to sell items to feed himself and the family.

“I sell mangoes and fruits. I always like to sell, it is a way out. I look at every opportunity to make money,” he said.

The father of 30 children, 17 of which are from his first wife and 13 from his second, both deceased, Sayers works hard to mind his brood plus 18 others who he helps to send to school.

He believes the education system needs to do more to teach children how to do business.

“There are no heights you cannot reach. We need to learn from those who are doing it, look at their culture and their practices and do it ourselves,” he said.