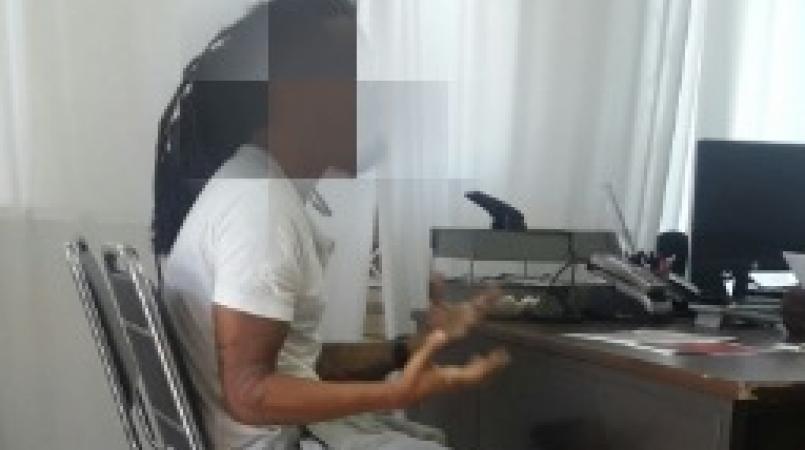 The warning comes as the band on Wednesday morning staged a sting operation to catch a fraudster who ordered ID bands similar to those Tribe distributed to its masqueraders this week.

The sting operation took place at an office in Port-of-Spain where the young man was directed to pick up the bands he ordered.

Once there, he was approached by an off-duty police officer who confronted him about the order he made and a letter he sent to the supplier declaring that he was authorised to make the transaction on behalf of Tribe.

In his defence, the young man claimed he only wanted to order two bands as memorabilia for the guests who rent an annexe of his Carenage home.

He said the supplier told him they only sell in bulk so he was forced to order 50 bands at a cost of US$600.

Tribe confirmed that a video of the bands being taken out of boxes was posted to Instagram by one of its partners.

Leah Mari Guevara, spokesperson for Tribe, said the band did not want to press charges against the young man but rather send a message to all those involved in similar activity.

The young man was made to write out a letter of apology to the band and admit he ordered the wristbands under false pretences.

"This is a problem that has been affecting not just our band but other bands, every year we have people selling these bands to unsuspecting people," said Guevara who noted that last year 100 people were evicted from the band for having unauthorised wristbands.

"There are innocent people who will get caught up in this and think these bands are valid but they're not."

She said every year the band's security, as well as a special team, are assigned to look for fraudulent bands.

Tribe has taken extra security measures for 2017 by ordering a new woven fabric band which is harder to replicate, she said.

Vinyl bands with chits will be distributed for food only.

She said the young man in question went to several suppliers in the US to get the bands and ended up talking to Tribe's supplier who raised the red flag.

She said they received a number of emails between the man and the supplier that points to his plan to defraud the public.

"He obviously had ill intentions but we realise he was a young chap and we really just wanted to teach him a lesson," she said.

Caption: The man caught with illegally ordering Tribe wristbands tries to explain his actions during a Sting operation this morning.