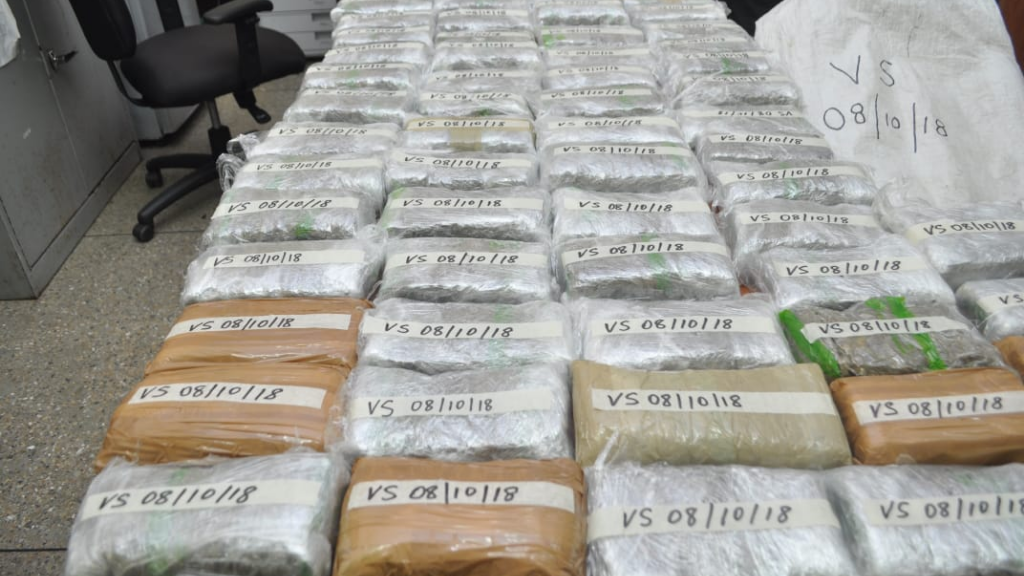 A Trincity taxi driver is expected to appear in the Siparia Magistrates’ Court charged with possession of marijuana for the purpose of trafficking.

According to reports, the officers were on mobile patrol along the SS Erin Road, when they had cause to stop and search a Nissan Note driven by a man.

The officers found and seized 22.2 kilogrammes of marijuana wrapped in 70 rectangular packets, which were inside two white crocus bags on the back seat of the car.

The charge was laid by PC Visham Sahadeo of the SWDTF.

Police destroy $600K worth of marijuana in Las Lomas