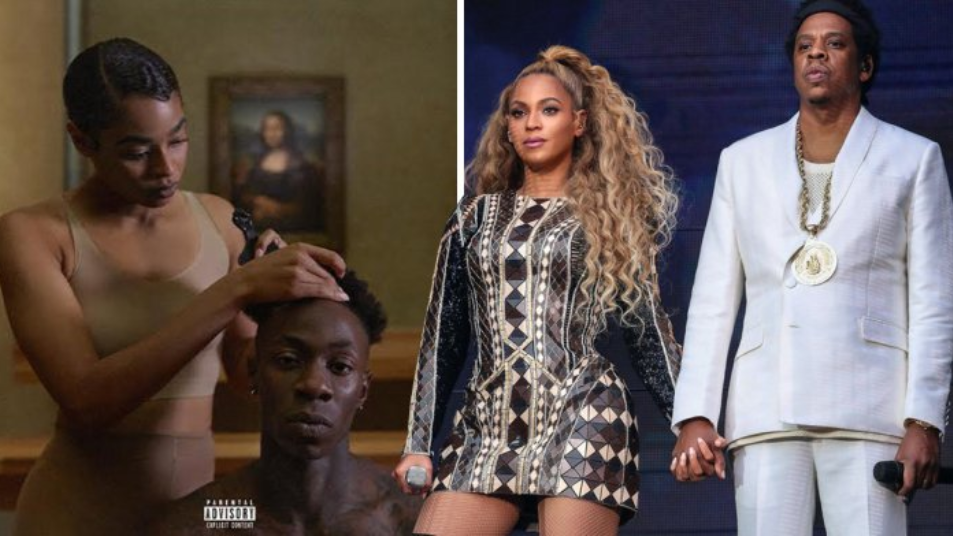 Unless you've been living under a rock, you probably know that Beyonce and Jay-Z recently dropped their first joint album, Everything is Love. You've probably also seen the powerful album cover featuring two of Beyoncé’s dancers, Jasmine Harper and contortionist Nicholas ‘Slick’ Stewart. The image is a still from Beyoncé and Jay-Z’s music video, 'Apes**t'.

The powerful image is one that hits home for most Afro-Caribbean people: Harper doing Stewart's hair, possibly setting up to braid it. The intimacy and reflection of Black love is something most of us can relate to. The obvious celebration of Black love holds even more power when juxtaposed with the image of the classic European painting of Mona Lisa in the background.

Do you know this Trini dancer featured on Bey and Jay's album?

What you probably didn't know is that Stewart has Trinidadian roots. The dancer proudly displays the T&T flag on his Instagram bio. The contortionist is currently touring with Beyonce and Jay-Z for On The Run II but has also worked with Rihanna, joining her for the Anti World Tour. Stewart, along with Harper, has also appeared on So You Think You Can Dance.

It's speculated that Jasmine Harper also has Trini roots, though unconfirmed. We may not know, but you might: let us know in the comments!