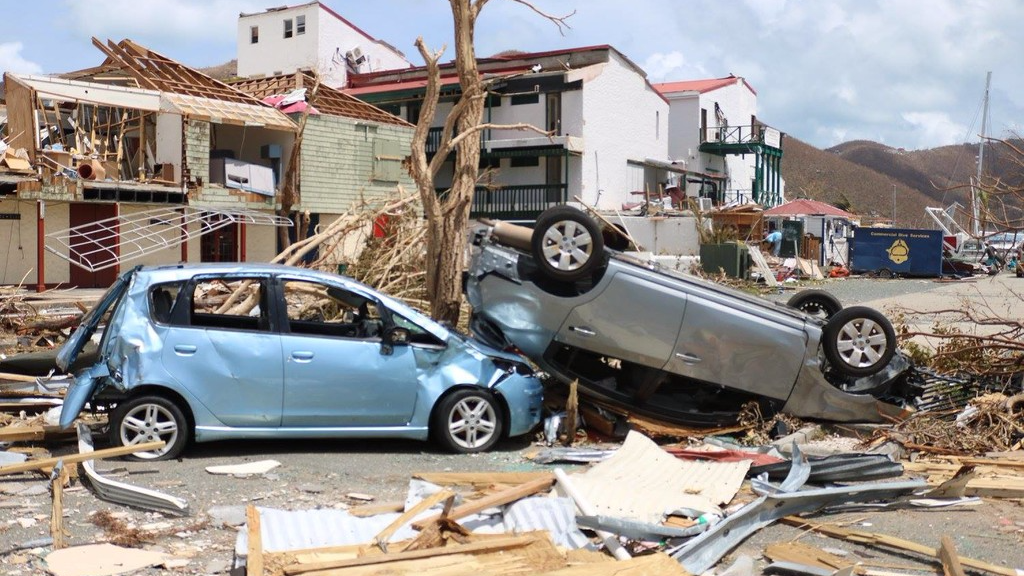 It is no joke.

That is the assessment from a Trinidadian woman who survived Hurricane Irma and witnessed its destructive force.

Nathalie Alexander is a teacher who has lived in Tortola in the British Virgin Island for ten years.

She was among those who were airlifted out of the island on Wednesday via Caribbean Airlines.

Speaking to Loop, Alexander said she is relieved to be home though sad at the devastation inflicted by the Category 5 storm.

Recounting her very first hurricane experience, Alexander said when they were first made aware of its approach she stocked up on water and other food supplies.

However, when she realised the storm was upgraded to a Category 5 hurricane she unsuccessfully attempted to get out of the country.

She all the flights were booked. Liat, which operates from Tortola, was booked up as were the other flights out of St Thomas.

“There was nothing to get out on Sunday, Monday and Tuesday and the hurricane was due to hit on Wednesday. I live alone in Tortola so I decided on Monday to go to Virgin Gorda, another island where I had a lot of friends. I took the barge across with my car and rode out the storm with a friend,” she said.

Alexander said on Tuesday, she and her friend did last minute preparations such as boarding up the windows.

She said by Tuesday afternoon they started to feel the effects of Irma with intermittent showers and winds.

“On Wednesday morning we still had water, electricity, and Internet but by 9.30 am we lost everything. From 10.30 was when the real effects of the storm started. We got the first half of the hurricane until just after 12 and in that first half, a lot happened.

“My friend’s home is a two-story building. She lives downstairs and that is where I felt safe because there is a concrete roof. As the hurricane picked up, the boards we put up over the window went and the windows exploded, she lost all her windows. That was when we went in her small walk-in closet. Coming to the end, she looked out and saw the neighbour's roof gone and the house across the road crumbled,” she said.

Alexander said while the eye moved across the island and there was calm for about 45 minutes, her friend’s brothers joined them downstairs as the roof on their house had also ripped off.

The second half of the hurricane lasted about four hours, she said. They decided to leave all the doors open so the wind could pass through the house. She and her friend returned to their hide out in the closet, while the men retreated to the bathroom.

Alexander said the hurricane felt like an earthquake, rattling the closet and building pressure in the ears akin to what you feel when in an airplane.

“I was praying for protection and just counting down, it took forever,” she said.

“The aftermath is even harder to bear because there is nothing left. Luckily there were no deaths on Virgin Gorda but on other islands it was crazy,” she said.

Emerging from the closet to survey the damage, Alexander said the devastation was surreal.

Her car, which was parked next to her friends, was backed up on it and the side mirrors gone. Her friend’s jeep had a hole in the roof.

Alexander said with all communication gone, they had to walk to check on friends as almost all the lamp posts had fallen across the streets making them impassable.

“You are just walking in amazement. The landscape of the place looked completely different, houses that were there were no longer there. Most of the wooden structures crumbled and those without concrete roofs, their roofs were gone. Everything was littered. People started looting the supermarkets and stuff like that. It looked like a nuclear bomb dropped, there were no leaves on the trees,” she recalled.

Alexander’s apartment in Tortola was also damaged as the roof blew off and the school where she taught was gone.

She packed her clothes in a bag and headed to the airport where she met a Lt Col Weekes from Trinidad who said a flight was being organised to get T&T nationals out.

She said, however, that many people did not know about the flight as communication is still poor.

“I feel relieved, I am thankful to be here, to be alive but I am very sad,” she said, expressing thanks to all who worked hard to evacuate herself and others from the island.

She said her Principal is hopeful that they could get the school back in operation by November but they need supplies.

Alexander is starting a donation drive to get computers, projectors, books, paper, stationery and anything else people can give.

Asked what warning she would give to Trinbagonians if we were to ever face such as massive storm, Alexander said we need to be prepared.

“It is no joke. If something like that was to pass here it would be a lot worse than BVI because the majority of our houses have galvanised roofs. This is nothing to play with, you have to prepare and you have to have an exit plan. Where I was they already knew what do if we were in danger, which was to find the sturdiest part of the house and stay there. I had my passport and important documents in a Ziploc bag because I needed them. You have to prepare,” she said.

BATT pleads with public to donate to hurricane relief efforts