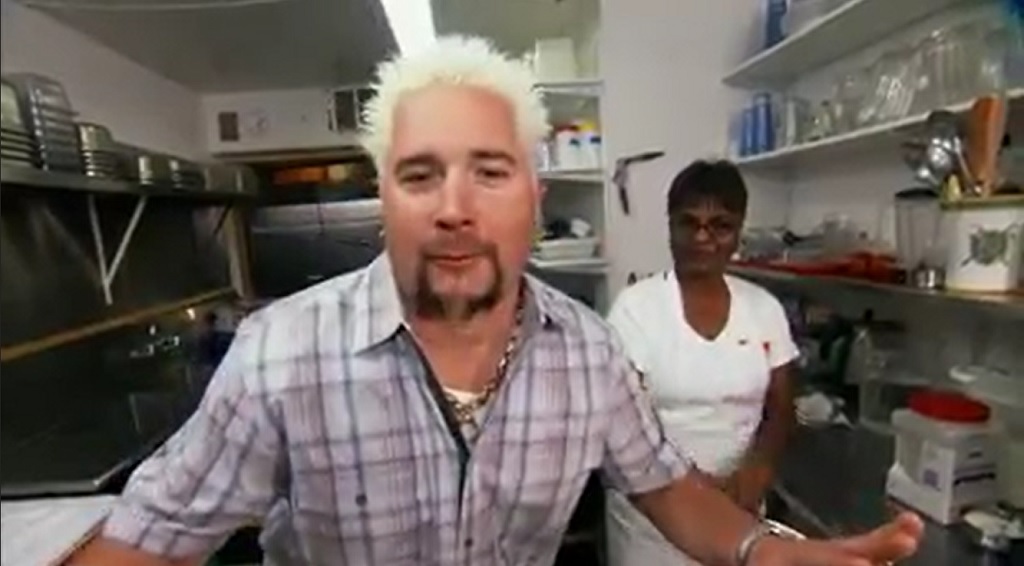 Photo: Guy Fieri of the Food Network visits Pam's Kitchen, a Trinbagonian restaurant based in Seattle. The restaurant is featured on Triple D Nation: Poke, Pork, and Chicken Parm in July 2018.

Trinbagonian food got another 'big-up' internationally, this time from Food Nation's Guy Fieri on his show Triple D Nation.

Seattle-based Trinbagonian restaurant Pam’s Kitchen was highlighted by Fieri as the ‘real-deal food from Trinidad’.

Featured in the episode ‘Poke, Pork and Chicken Parm’ on the Food Network, Pam’s Kitchen was praised for authentic Caribbean dishes including their Dhalpuri, pelau and curry goat.

Catch a clip of the feature here:

However, on Monday the owners of Pam’s Kitchen found themselves defending their Trinidadian, East Indian heritage, after receiving a message by someone who accused them of appropriating Indian culture.

A Facebook user by the name of Dev Gupta said: “You are a Trinidadian of Indian origin…you’ve been very reluctant to admit the Indian origin of your Roti, Paratha and Goat Curry, passing them off instead as original to Trinidad. Ridiculous.”

“Historically your lot have been people with a chip on their shoulders, ungrateful appropriators of great Indian culture and a bunch of Trojan horses. I will let DDD know about how to pick favorites and not reward pick pockets of your sort,” Gupta said.

Restaurant owner Anjuli Jacob spoke out via a Facebook comment on Monday, defending her mother Pamela Jacob and their restaurant.

“Anjuli here…I thought I'd put this out there in case anyone else had the same feelings like the very rude, disrespectful, and downright abusive person who sent my mom a message via FB.”

“I am 3rd generation born in Trinidad and my mom, Pam and her siblings the 2nd generation born and raised on Trinidadian soil. Yes, my great grandparents came from India as indentured laborers, just like every black Trinidadian's ancestors came as slaves from Africa. “

“Everything you eat at Pam's Kitchen is Trinidadian, it is a fact that no one has ever denied that Trinidadian food is heavily influenced by India, Africa, China etc. That would make sense to anyone who knows our history and culture.”

“Our curries and rotis are Trinidadian, we've had to adapt to life several thousand miles away from our islands so some of our herbs are different, but our curry spice, black masala, cumin, and turmeric are all made in Trinidad. We ship in our spices from the East Coast and Canada because it's the only spices Pam will put in the food that she serves you.” 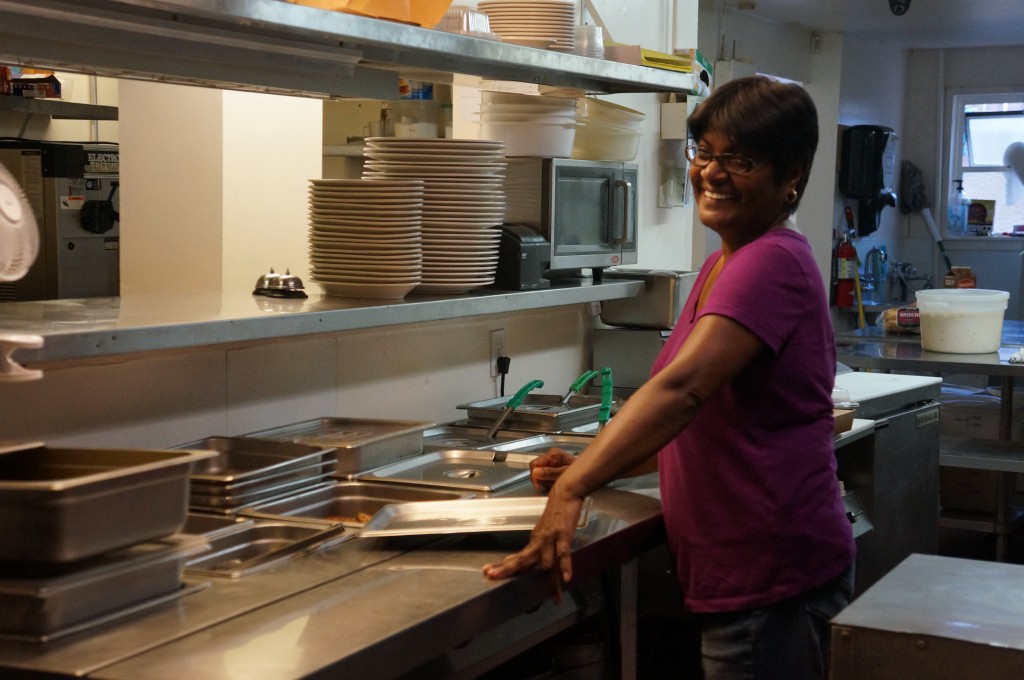 “I have never been to an Indian restaurant in the US that served anything remotely close to Pam's Kitchen curry dishes, our Paratha or Dahlpurie Rotis. As far as we are concerned, these have always been and are Trinidadian recipes, adapted or otherwise. This does not take away from our Indian ancestry or heritage but if we claimed that our food was Indian we'd have a whole nation of Indians down our throats.”

“We are Trinidadian Indians, to say that our food is solely Indian is to deny the very struggle that my grandparents and so many others went through to forge a new life on a different land so that we may grow up to have opportunities they didn't.”

“We are Trinidadian, Caribbean, West Indians and we are proud of that fact. Our Trinidadian food is what we know and is what we serve you, but being proud of everything Trini doesn't mean we are denying anything that mother India has passed on to us.”

Anjuli went on to defend her mother's hard work which led to the expansion of the restaurant and the customers that supported them over the years.

“Pam's success and expansion is not a result of her appearances on any tv shows or newspaper articles, it is a result of her own hard work and dedication to following her dream. We are grateful and appreciative of all the networks and media that has given Pam's Kitchen recognition for its delicious food, but its success belongs to Pam, her supportive family and friends and her amazing customers,” she said.

Jacobs moved to Seattle in 1994, and her restaurant, Pam's Kitchen, has served the city of Seattle with Trinbagonian cuisine for 12 years.

For more information on Pam's Kitchen visit them on Facebook: www.facebook.com/PamsKitchenSeattle or visit their website at pams-kitchen.com.