Trini Yale student heads to US Congress after winning Hackathon 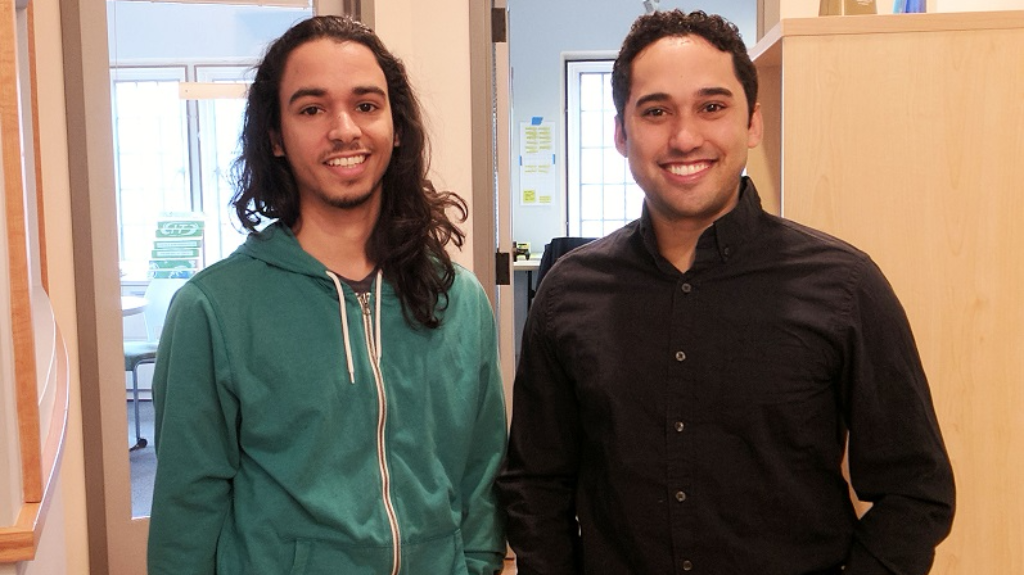 Trinidadian Stefan Uddenberg (right) and Michael Lopez-Brau won the Yale Hackathon Challenge and will present their findings to Congress.

One Trinidadian will head to US Congress along with his teammate to talk about fighting fake news, after winning the YHack Challenge at Yale University.

According to the Tsai Centre for Innovative Thinking Trinidadian Stefan Uddenberg and his teammate Michael Lopez-Brau won the challenge by creating a Google Chrome extension that helps identify whether an article is likely to be fake news.

Winners of the hackathon, which was held from December 1-3, would win the grand prize of going to Washington, DC to brief Congressional leaders on their findings.

Uddenberg, a PhD candidate in Cognitive Psychology, expressed his excitement to his Facebook page:

“YHack was incredible! We took home Best Hack to Counter Fake News, and will be heading to DC to brief Congress on what we did at some point next year. Looking forward to it!"

The team had been drawn to the topic of fake news, having studied under faculty fake news experts David Rand and Gordon Pennycook, authors of the paper “Who Falls for Fake News? The Roles of Analytic Thinking, Motivated Reasoning, Political Ideology, and Bullshit Receptivity".

“Going to Congress – it’s hard to beat that,” Lopez-Brau says. “I have no idea what the implications are, if there will be any impact on future policies, but it’s a huge opportunity.”

The students teamed up with Alex Cui from the California Institute of Technology and Jeff An from the University of Waterloo and presented a solution called Open Mind, beating out 22 other student teams from around the country to win the “Best Hack to Counter Fake News.”

The Google Chrome extension would identify if an article a user is clicking on is likely to be fake and suggests alternatives from established news sources from both sides of the political spectrum.

In order to help them identify fake news sites, the students relied on lists from eight different sources, including Harvard, Open Sources and B.S. Detector.

They found some 1,400 “fake news” sites, including Infowars, Addicting Info and Health Impact News. Many of these sites capitalize on misspellings in Google searches, such as “MSNBC.co.”

The report says that Open Mind also tracks stories being read and identifies biases, and rates how positive or negative the stories a user is reading are around particular topics like “Donald Trump,” “FBI” or “NY Times” via simple charts.

“If you’re reading Mother Jones, this isn’t going to give you an article from The Blaze,” Lopez-Brau says. “We stay away from the far left and the far right.”

Uddenberg added: “If you don’t have the energy to seek out alternative information, this will find those for you. Ultimately, these are perspectives you’d be better off having read.”

The hackathon challenge was posed by the Poynter Fellowship in Journalism and supported by the Tsai Center for Innovative Thinking at Yale (Tsai CITY).

The students plan to build out Open Mind to include a "political thermometer" that functions like a nutritional label, providing the degree to which an article is conservative or liberal.

They also want to add a "share verification" feature for Facebook which asks users to confirm that they are sure they want to share an article they have not yet read.