On Sunday, February 3 and 10, Trinidad and Tobago’s food and locations will be in the spotlight on two episodes of ITV’s Ainsley’s Caribbean Kitchen, a UK-based culinary series.

The international production is one of several that recently shot on location in Trinidad and Tobago, hiring a local production crew and engaging a range of local service suppliers.

In November 2018, the UK's Blue Marlin Television, working together with local production company Imagine Media International, spent 10 days (5 days in Trinidad and 5 in Tobago) shooting scenes for the two episodes. 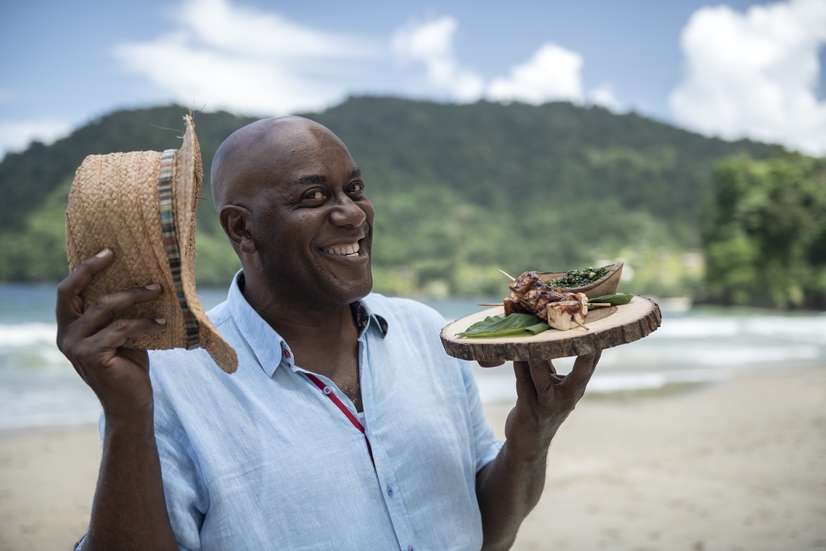 The Trinidad show (which will air on Sunday, February 3 at 11.30AM) will feature master Executive Chef, Debra Sardinha-Metivier, as she takes Chef Ainsley Harriott, star of the series, shopping in Central Market.

Tara Deolal, who readily agreed to a cook-a-long with Chef Ainsley in her home, showed him how to make dosti and sada roti. Chef Ainsley also prepared dishes from his local purchases on Tyrico Beach, chatted with bake and shark queen Natalie on Maracas Bay, and visited the Sewdass Sadhu Shiv Mandir (Temple in the Sea) and the 85-foot tall Hanooman Murti, the largest such statue of the Hindu god outside of India.

In the Tobago episode (airing Sunday, February 10at 11.30AM), Chef Ainsley visited Charlotteville to purchase fish, did a cook-a-long at the Blue Crab Restaurant, and prepared his version of local dishes on site at the Tropikist Hotel. The team also had time to visit Nylon Pool and Pigeon Point.

Producer Claire Wilks of Blue Marlin was enthusiastic in her praise for Trinidad and Tobago’s culture and hard-working production crew.

“Working with Lisa Wickham and Imagine Media TT on our latest series for ITV with Chef Ainsley Harriott meant that our short time in Trinidad and Tobago was maximised, she shared.

"Lisa sorted out everything for us, from before we landed, all the way through to our last lunch of doubles! She made each moment on both islands so easy for us. This meant that we could focus on filming, knowing that Lisa and her team were working away in the background making sure everything was set up for us.”

Apart from this ITV series, Chef Ainsley is best known in the UK for his BBC series Can't Cook Won't Cook, Ready Steady Cook, and more than 12 best-selling books. 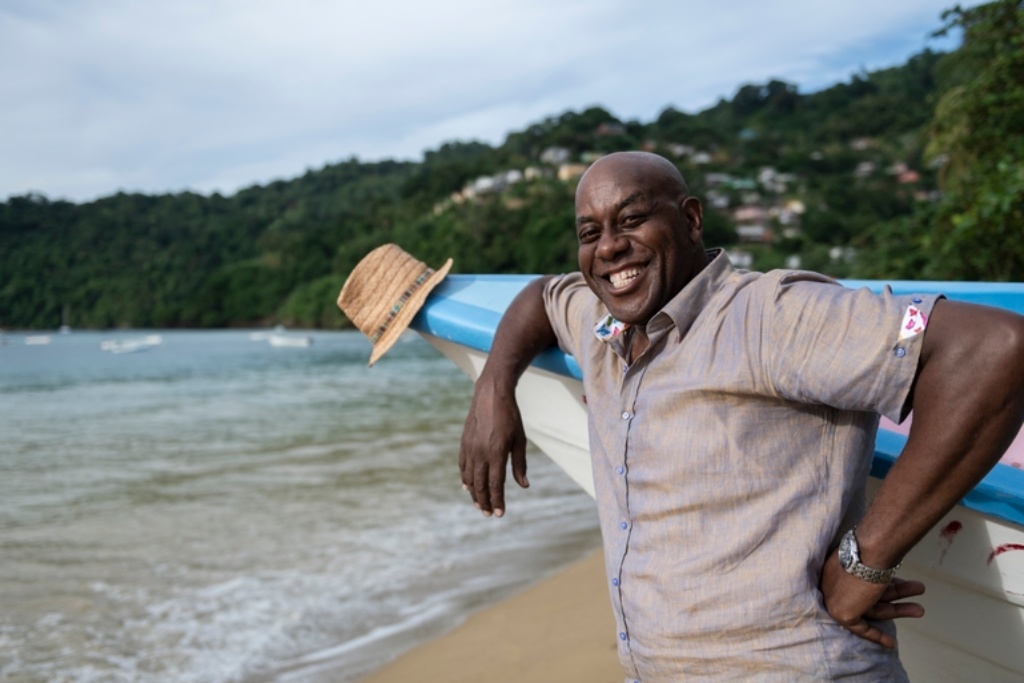 According to General Manager of FilmTT, Nneka Luke, “ITV and Blue Marlin Television selected Trinidad and Tobago for Ainsley’s Caribbean Kitchen because of the unique value of our culture and cuisine, and the diversity of experience available here. The fact that each island was the focus of its own episode is a testament to the untapped gold of our daily lives that has the potential to capture the interest of international audiences. FilmTT continues to work with a growing network of public and private sector partners to improve the ease of shooting in Trinidad and Tobago for both local and international productions.”

“These types of collaborations demonstrate what is possible when Trinidad and Tobago is identified as a film location and everything works like clockwork,” said Lisa Wickham, producer, President and CEO of Imagine Media International.

“FilmTT provided excellent facilitation, and our stakeholders such as Airports Authority of Trinidad and Tobago, Ministry of Tourism, Port of Spain City Corporation and the Trinidad and Tobago Police Service responded to requests with urgency. I believe the British team would have had a seamless experience, which redounds to the benefit of the entire industry, as we look towards even more international productions investing in our location.”

Producer Wilks spoke on her interest in returning to our shores: “Filming in Trinidad and Tobago for the series showed us a different side to the Caribbean. We especially enjoyed filming in the Central Market, and at Maracas Bay and Tyrico Beach; it was just a shame that we couldn't stay longer to enjoy the sun and music.

"On Tobago, we enjoyed a trip out to Nylon Pool and filmed at The Blue Crab Restaurant in Scarborough with the lovely Ken and Alison Sardinha. The people we met and filmed within Trinidad and Tobago were so friendly and happy to help with our filming, we'd love to come back soon and explore more of the cuisine and culture of Trinidad and Tobago.”