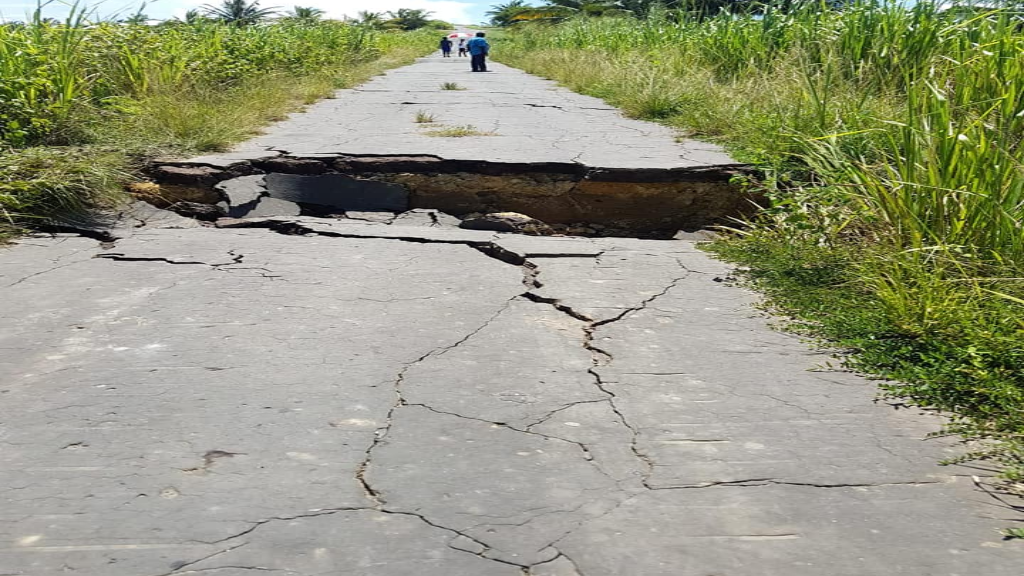 The University of the West Indies Seismic Research Centre (UWI-SRC) says Trinidad and Tobago is lucky to have sustained such little damage following Tuesday's 6.9 magnitude earthquake.

At 5:31 pm on Tuesday, T&T was hit by the first quake followed by 32 aftershocks which include a 6.0 magnitude tremor which struck at 9:27 am on Wednesday.

The details were provided by UWI-SRC Director, Professor Richard Robertson, who was speaking at the SRC's office in St Augustine on Wednesday evening.

He said the stats were accurate up to 4 pm.

SRC Engineer Seismologist Dr Ilias Papadopoulos said while T&T escaped with minor damage, this was as a result of the distance of the earthquake's epicentre, as the quake originated near the Northern Coast of Venezuela.

"Trinidad was lucky by what happened. The distance and depth can account for why there was not extensive damage," he said.

Seismologist Dr Joan Latchman echoed his sentiments as she noted that while Haiti suffered an earthquake of the same magnitude in years past, the closeness of the epicentre of that event made the damage to the country more significant.

Massive 6.9 earthquake causes damage to buildings and roadways in T&T

According to Dr Latchman, the duration of the shaking has a direct bearing on the level of damage a country experiences and if an earthquake lasts longer then it means the magnitude is larger.

Asked about the length of the earthquake which many described as "never-ending", she said reports reaching the SRC is that some experienced the tremors for over one minute.

"We have had reports of shaking extending for 45 seconds to over 60 seconds. You begin to see damage when you have shaking for 20 seconds, 30 seconds, that’s when you begin to see cracks in your plaster and so on."

However, Dr Latchman advised the public to not be alarmed as an earthquake is not an unusual phenomenon.

The second largest occurred north of the Paria Peninsula in the same area of the one which occurred on Tuesday in 1976.

The 6.9 earthquake which rocked Trinidad on August 21 had the same damage as one which occurred near the same location in 1968.