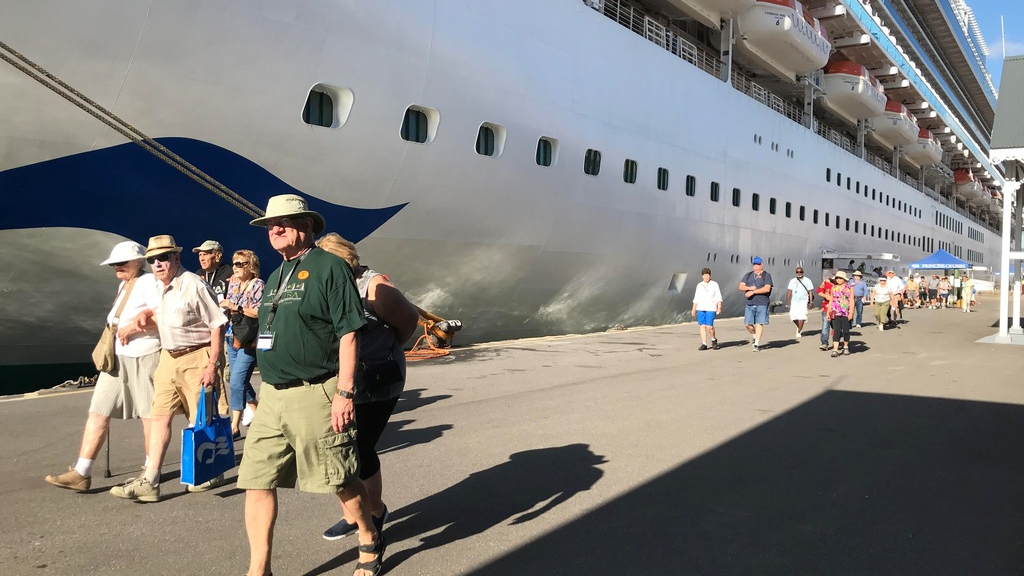 Cruise ship visitors to Trinidad increased by more than 10,000 during the 2018/19 cruise season, which concluded with yesterday’s ninth and final call by the MSC Preziosa to the Port of Port-of-Spain.

A release from the Ministry of Tourism said more than 58,000 cruise passengers visited the island of Trinidad during the 2018/19 cruise season, which runs from November to April of each year. In 2017/18 approximately 47,000 cruise tourists visited Port-of-Spain.

Tourism Minister Randall Mitchell welcomed the increased number of visitors. He said: “The potential for the sector’s further development and growth remains and all stakeholders must continue to find innovative ways to attract more visitors and more visitor spend to our country to enjoy our unique tourism offerings.”

Mitchell said: “Our success must not be taken for granted so let us all play our respective roles to make the 2019/20 cruise season bigger and better.”

Cruise visitor arrivals have increased steadily in the country since 2016/17.

Minister Mitchell also said: “In the coming months, the Maracas Beach Facility, a popular site with cruise visitors, should be upgraded to ISO 13009:2015 International Beach Standard.” The Ministry is upgrading this facility through UDeCOTT, which has a Facilities Management Contract to carry out the works.

The release said more than 3000 passengers arrived on the MSC Preziosa on Wednesday and visited many popular tourist sites. Before they departed they were given a special send-off at the Cruise Ship Complex. They waved and danced to our soca music before departing.

The MSC Preziosa was the first of two ships which made inaugural visits to Port-of-Spain during the season, when it arrived on December 12, 2018. The second was the Royal Princess, which arrived on February 8, 2019.

During the 2019 Carnival season six ships docked in Port-of-Spain, with one, Serenissima, being here on Carnival Monday and all its passengers were taken to the Queen’s Park Savannah, Port-of-Spain to experience the Parade of the Bands.

Four cruise ships visited Port-of-Spain in December 2018, during the Christmas period, bringing more than 10,000 passengers to the island.

During the season a 93-year-old Scottish national Rosemary Smith nee Allan, returned to Port-of-Spain to visit her father’s grave, and Martinique filmmaker, Patrick Baucelin came to produce a video on churches and Cathedrals in the Caribbean.

Craft vendors, taxi drivers, visitor and tour guides, and others have benefitted economically during the season the release said.