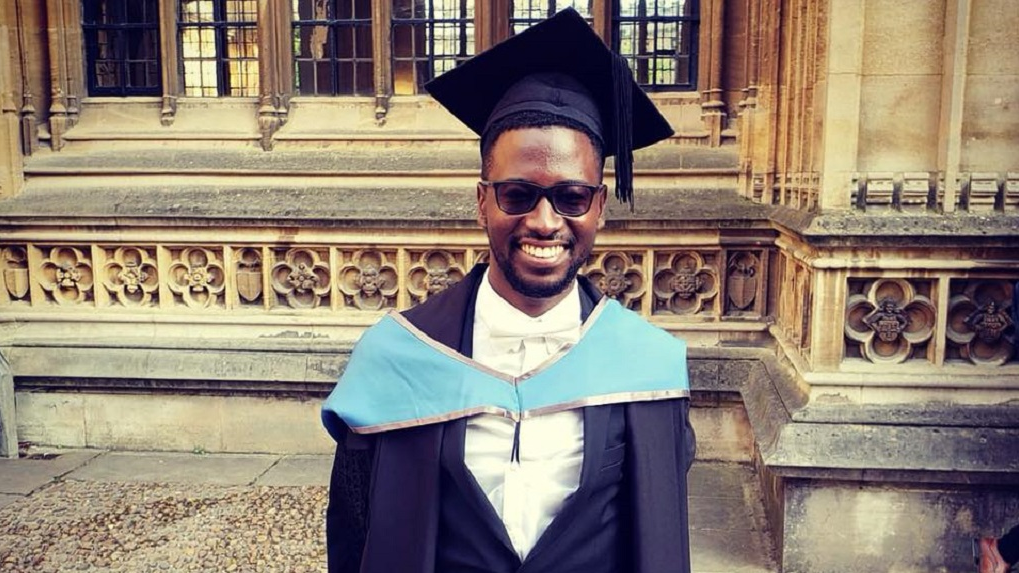 "Never be ashamed of where you come from."

These inspiring words from Trinidadian university graduate Andre Blackburn are words he has lived by after completing a Master's programme in Latin American studies from Oxford University earlier this month.

Blackburn said to LoopTT that he never expected his Facebook post, which he shared on Sunday, to go viral after it amassed over 1,200 shares and thousands of comments.

"I really did not expect my post to be shared so widely on Facebook. I am truly humbled by the responses and messages of encouragement that I have received from the public."

Blackburn is urging young people to be proud of their origins as he said he used to feel ashamed of his past and often hid the fact that he went to a junior secondary school.

"My advice to young adults is never be ashamed of where you come from. Embrace it and wear it with pride. It may just inspire others who went to the same school as you did, who come from the same neighbourhood, or same socio-economic background."

"For years, I was ashamed to say that I went to a junior secondary school or to reveal that my mom worked at a fast food restaurant. Somewhere along the line, I realised that not only did my circumstances make unique, but they also encouraged me to keep pushing and striving for betterment," he said.

Blackburn's inspiring post told of his journey and struggles, including the fact that this success came after his second attempt to study at the prestigious university.

“Yesterday, I graduated with a Master’s degree from Oxford University. If I was told that this could ever be, I wouldn’t have believed it. What a journey it has been. From Mt Hope Junior Secondary, to Barataria Secondary Comprehensive School, to Sixth Form Government to UWI.'

"The journey was not easy. Many tears, many sacrifices, and many struggles along the way. This was my second offer to study at Oxford, since I had to turn down the first one a few years ago because of financial reasons. This time around, I received a partial scholarship which covered my tuition fees. Timing, and persistence really matter."

"This degree and time studying here was no walk in the park. I had to face all of my insecurities and demons head on. Those voices in your head that tell you, you’re not good enough, you don’t deserve to be here etc were loud."

"And at times, they drowned out the truth: that I worked hard to be here and was accepted (twice) because I was more than deserving."

"While still a work in progress, I am now able to quiet those thoughts. To do so, it took counselling and surrounding myself with people who build me up and uplift me. In this regard, I am indebted to my friends at home who checked in with me regularly, who read my essays and who encouraged me to push on. I am also grateful to my friends in Oxford, who became family and who by their own example helped me to realise my fullest potential," he said.

He also thanked his family and friends who supported him throughout his journey.

"I would not be here today without my family. Specifically my parents, who made many sacrifices and did the best they could with what they had at their disposal. Special shout out to my mom, (who tells everyone I am at Harvard, as it’s all the same to her lol). I’ve seen this woman turn water into wine, make a little go a long way, swallow her pride and did what ever it took to provide for me and sisters.

"I also remember all of the teachers and mentors along the way who saw something in me, that I couldn’t see in myself. I appreciate all of them.

"I am excited about the present and even more about the future," said the inspiring young scholar.

Blackburn said the nine-month programme covers the socio-economic, political and historical landscape of Latin American from independence to present day.

Moving forward, he will be starting an internship with a Latin American and Caribbean news and consultancy agency in London from August.

He said he will be seeking opportunities to work in the NGO arena or international organisations that do work on Latin America and the Caribbean.