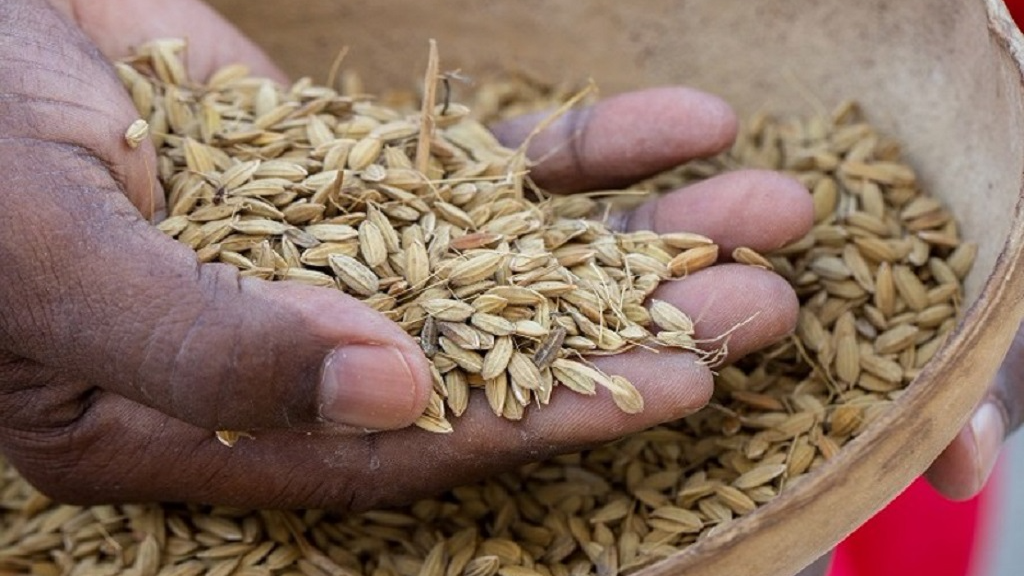 Trinidad and Tobago's uniqueness as one of the few places in the Western Hemisphere to grow African Hill Rice, otherwise known as Moruga Hill Rice, has been featured in the New York Times.

According to a New York Times article published earlier this month, the rice was brought to Trinidad from 1815-16 by the Merikins, a group of American slaves who were given land in Trinidad in 1800s after serving in the War of 1812.

This hill rice was eaten in the US during the period of slavery, however, the strain was lost as other imported strains took hold.

Writer Kim Severson said hill rice is superior to other strains in that it could be planted on hilly lands away from water-logged fields, and those who grew it did not suffer from diseases like malaria.

"You could grow it in a garden patch, as did many of the slaves who had been taken from the rice-growing regions of West Africa. This was the rice of their ancestors, sustaining slaves and, later, generations of Southern cooks both black and white."

"The fat, nutty grain, with its West African lineage and tender red hull, was a favored staple for Southern home cooks during much of the 19th century. Unlike Carolina Gold, the versatile rice that until the Civil War was America’s primary rice crop, the hill rice hadn’t made Lowcountry plantation owners rich off the backs of slaves."

Wild rice formed an important part of the diet of African slaves and this now-rare strain grows in the hills of Moruga and is known as Moruga Hill Rice.

Severson said B.J. Dennis, a chef from Charleston, discovered the precious strain during a visit to Trinidad in 2016.

“Here I am looking at this rice and I said: ‘Wow. Wait a minute. This is that rice that’s missing,’” Dennis said.

Severson said there is so much interest in the crop that it may become a menu staple in the US.

"It is hard to overstate how shocked the people who study rice were to learn that the long-lost American hill rice was alive and growing in the Caribbean. Horticulturists at the Smithsonian Institution want to grow it, rice geneticists at New York University are testing it and the United States Department of Agriculture is reviewing it."

"If all goes well, it may become a commercial crop in America, and a menu staple as diners develop a deeper appreciation for African-American food," Severson said.

Researchers have called the Moruga Hill Rice a significant scientific discovery as it can allow for the cultivation of rice crops on dry land.

There are efforts to have the rice approved by the US Agriculture Department.