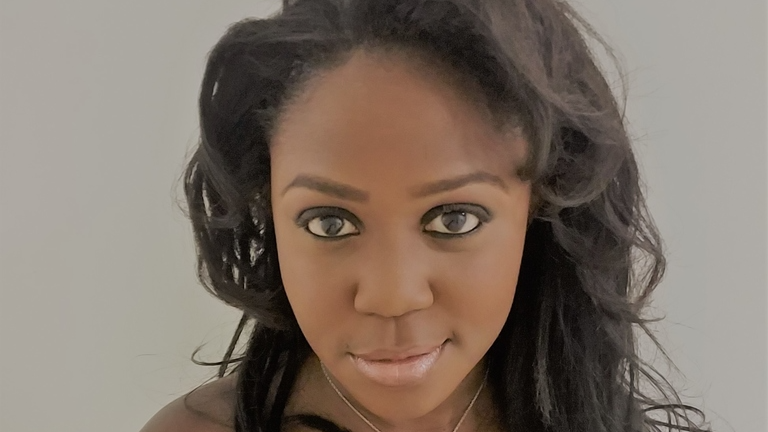 Gina Parris is determined to become a Hollywood star.

But while she continues to seek that breakout role that will make her a household name, she is already making her mark as a producer.

Indie Night is a festival founded by Dave Brown attended by celebrities and casting directors. Parris’ film was screened in TCL Chinese Theatre in Hollywood which is a historic theatre on the Hollywood Walk of Fame, and a former venue for three Academy Awards.

The short was actually Parris’ thesis for her Master’s degree in Film and was inspired by Vera Bhajan, the young lady with no arms who shot to national attention when she excelled at the SEA exam and is now an Attorney.

“I wanted to do my film on somebody who is disabled. The main character is Avyanna Wolfe who does everything with her feet, she has some misfortune and ends up on street. It couldn’t be more than ten minutes so I couldn’t show everything so I want to do a feature,” said Parris in an interview from Los Angeles. 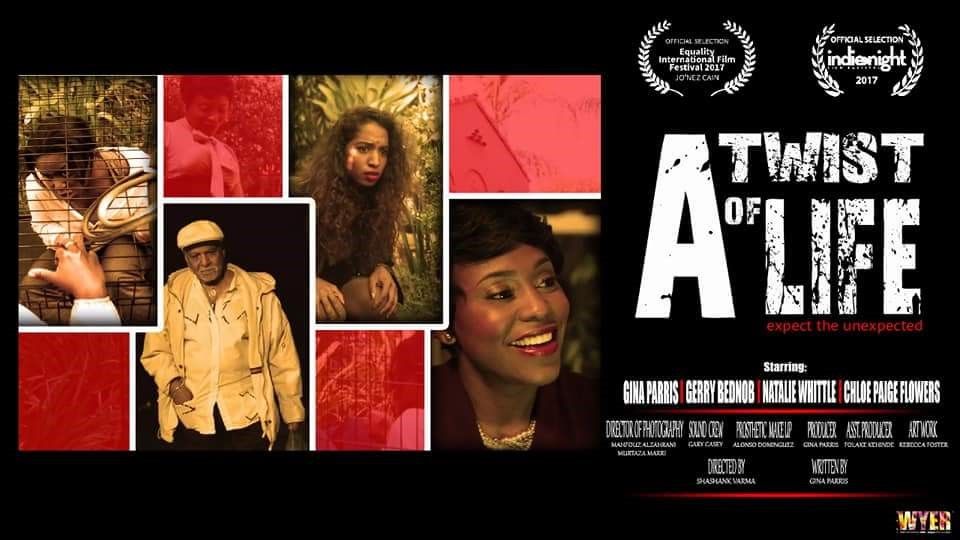 The film, directed by Shashank Varma, is a story that shows regardless of how challenged you are you could overcome anything if you persevere said Parris.

In the movie, Wolfe is a talented, differently abled person, who suffers from low self- esteem and because of that, she tolerates Mercy's abuse. However, she does not let her unhappy experiences eclipse her love for drawing with her feet. Through Andrew Knight's encouragement, Wolfe finds the strength to stand up for herself.

After a nerve wrecking ordeal and with the help of the prostitute Bri, Wolfe finally takes the step to break free from her mental jail and embrace whatever help Andrew wants to give her. She leaves Mercy's house to begin a new life.

“In the short film you not only see the woman’s physical struggle you see that she is challenged in her way of thinking and you see her journey in overcoming that,” explained Parris who also holds a Master’s in Counselling. 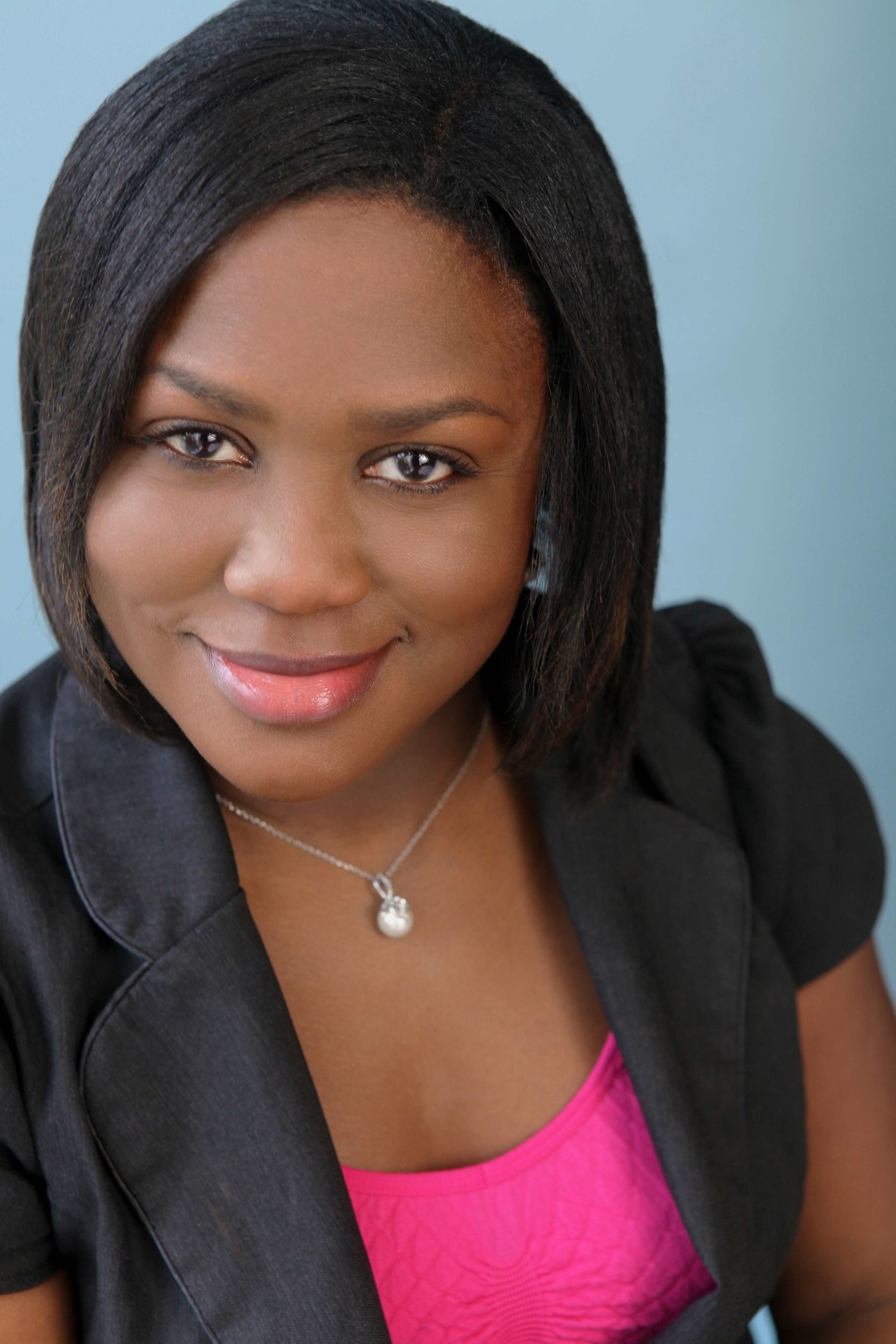 “When I went to the panel to defend the movie I went over the 30 minutes I was given. They drilled me. I find disabled people are overlooked, they are underestimated. To prepare for thesis you had to develop the script and I remember looking at the Elephant Man and My Left Foot and I was blown away by how talented these challenged people were and in Vera’s case still is.

“I knew Gerry for some years. The person I wanted to do his role as Andrew couldn’t so I called Gerry and I was so lucky he had time the day I needed him for and he said to send the script. I felt so honoured. He is the only male in the short,” she said.

Trinidadian artist Rebecca Foster did the drawings for the film.

Parris has plans to turn the short into a full-fledged film and plans to do some more filming in Trinidad and is looking for investors or funding to make that a reality.

The film was released by her own entertainment company Gina Parris Entertainment.

Parris plans to do more projects but her real love is acting.

“My main goal is acting, my main joy. I just do producing because it gets my story out but I love acting and writing. I want to excel as an actress. Being out here you have to be able to create your own content. You look at those famous stars and you realise a lot of them producing and acting or directing, they’re always doing something beyond acting.  I want to continue doing all of them,” she said.

Her projects so far include 'BRAND', a web series created by Andrew Preston in which she plays Sasha, a series for Beverly Hills Hair Free, a series she co-produced called 'Gangsters', created by Freddie Basnight and Tiffany Lewis and the sizzle reel for a mystery- comedy named 'Housewives-R-Us' created and produced by Folake Kehinde.

“A documentary was done on me in the USA entitled 'The Honest Honestest truth: Gina Parris is extraordinary'. The show was created by Folake Kehinde. People enjoyed it and were inspired by it. One viewer after seeing it asked if he could help me find funding for my TV series 'The Honest Honestest Truth' which aired in Trinidad,” she said.

Parris is also in a web series named 'Amazing Soul Food' which introduces food from other countries on Youtube.

She also does voice-overs and is expected to voice Foxy the cat, a mafia boss for Las Vegas Animal World created by Rosa Falu- Carrion. She said the script got selected for the Oaxaxa Film Fest Official selection where it won best focus and perspective as well as Best Global Script.

She will be acting as a pirate in 'Paranormal Monster’s Society', a series which will show on Amazon and created by Alonso Dominguez aka Al Domino who is also the person that did the prosthetic hands for the main protagonist in her movie, 'A Twist of Life'.

She also has the opportunity to be an Executive Producer for a friend’s big-budget movie which began as a successful mini-series.

“No I can’t afford to give the money but if I get investors for the project I will get executive producer credit so again if anyone out there is interested in investing and want more information please contact me,” she appealed.

Parris honed her acting chops back home in T&T where she did comedy with Learie Joseph and appeared in 'A Story about Wendy', produced by Sean Hodgkinson.

“I acted in church and other small things and when I was young I would write monologues and poems. The turning point for me was when I was 23 years old working in T&TEC and I had a friend interested in poetry and he told me about a show he was going to have and I said if he could do it I could do it too. I am very persistent. I reached out to Errol Fabien for advice and he put me on to people and Learie Joseph taught me comedy acting and I was in Yangatang tent for Carnival,” she said.

Reflecting on everything she has accomplished in just over a year, Parris said it wasn’t all peaches and cream but she is persistent and willing to network her way into the bright lights.