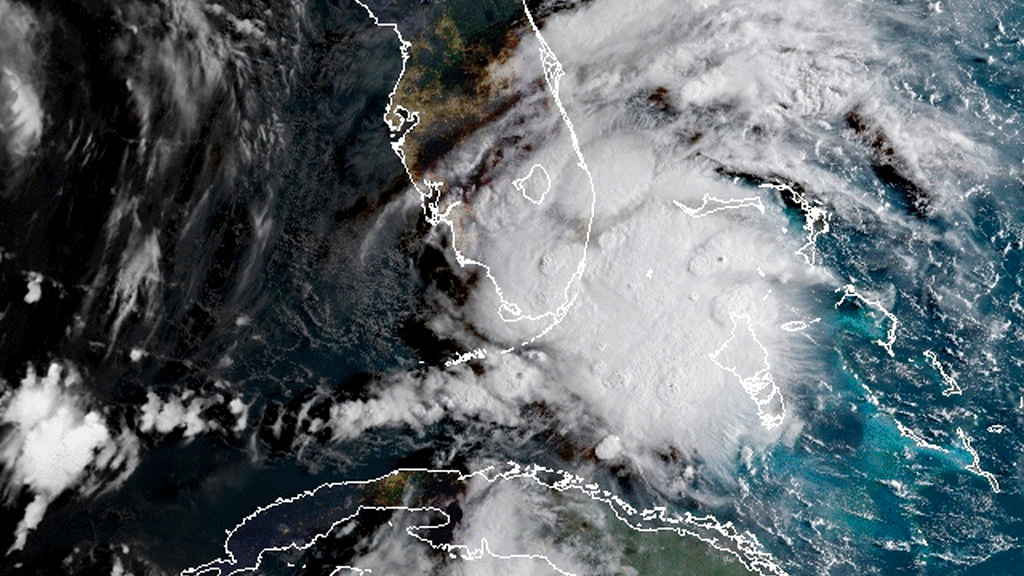 Gordon formed into a tropical storm near the Florida Keys early Monday as it moved west-northwest at 16 mph (26 kph). The storm was expected to reach coastal Mississippi and Louisiana by late Tuesday and move inland over the lower Mississippi Valley on Wednesday.

Miami Beach Police said via Twitter that the Labor Day holiday was "NOT a beach day," with rough surf and potential rip currents. Red flags flew over Pensacola-area beaches in Florida's Panhandle, where swimming and wading in the Gulf of Mexico was prohibited. 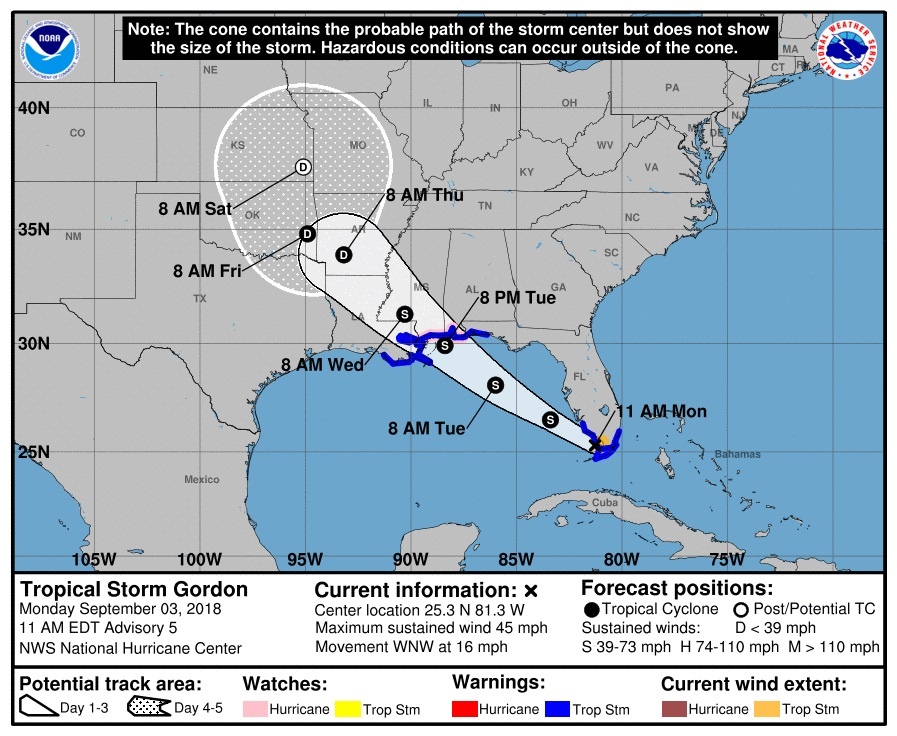 The National Weather Service said current conditions were "somewhat favorable" for tornadoes in affected parts of South Florida on Monday.

A hurricane watch - meaning that hurricane conditions are possible - was put into effect for the area stretching from the mouth of the Pearl River in Mississippi to the Alabama-Florida border.

The Miami-based center said the storm is also expected to bring "life-threatening" storm surge to portions of the central Gulf Coast. A storm surge warning has been issued for the area stretching from Shell Beach, Louisiana, to the Mississippi-Alabama. The warning means there is danger of life-threatening inundation. The region could see rising waters of 3 to 5 feet.

"The deepest water will occur along the immediate coast near and to the east of the landfall location, where the surge will be accompanied by large waves," the center said.

Separately, Tropical Storm Florence continues to hold steady over the eastern Atlantic. Forecasters say little change in strength is expected in coming days and no coastal watches or warnings are in effect.