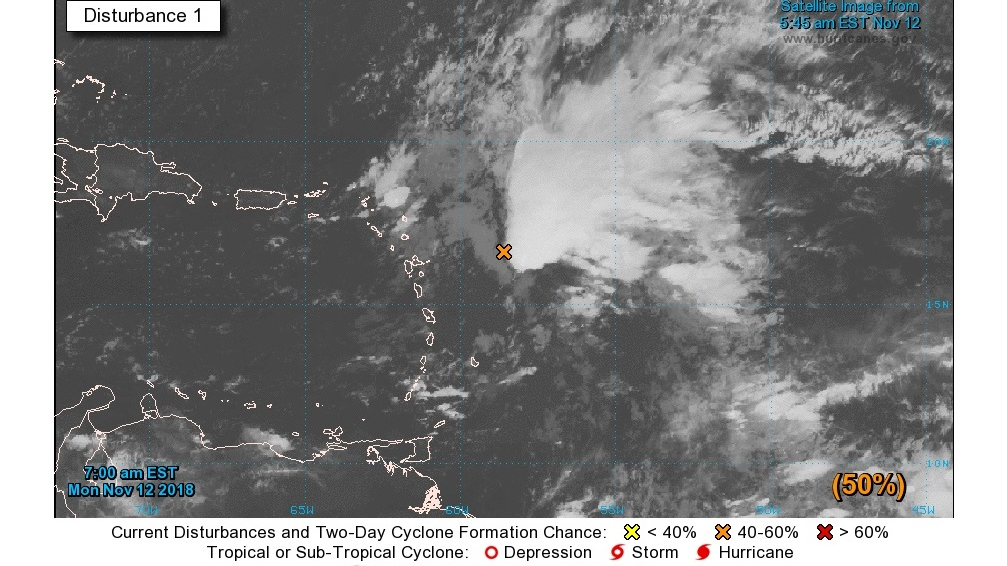 The US National Hurricane Centre (NHC) is monitoring a 'vigorous' tropical wave which has a 50 percent chance of developing into a tropical depression or tropical storm within the next day or so.

For the North Atlantic...Caribbean Sea and the Gulf of Mexico:

1. A vigorous tropical wave located about 200 miles east of the Leeward Islands is producing a large area of disturbed weather over much of the western tropical Atlantic Ocean.

Shower and thunderstorm activity has increased and become a little more concentrated this morning, and environmental conditions are forecast to gradually become more conducive for the development of a tropical depression or a tropical storm during the next day or so.

The disturbance is forecast to move westward to west-northwestward for the next few days, passing near or north of the Leeward Islands, Puerto Rico, Hispaniola, and the southeastern Bahamas. Interests in these areas should closely monitor the progress of this system.

A tropical wave is an inverted trough (an elongated area of relatively low pressure) or cyclonic curvature maximum moving east to west across the tropics. These can lead to the formation of a tropical cyclone. Also known as an easterly wave.

A tropical depression is a tropical cyclone that has maximum sustained surface winds (one-minute average) of 38 mph (33 knots) or less.

A tropical storm is a tropical cyclone that has maximum sustained surface winds ranging from 39-73 mph (34 to 63 knots).

What is a tropical storm, and other weather terms explained