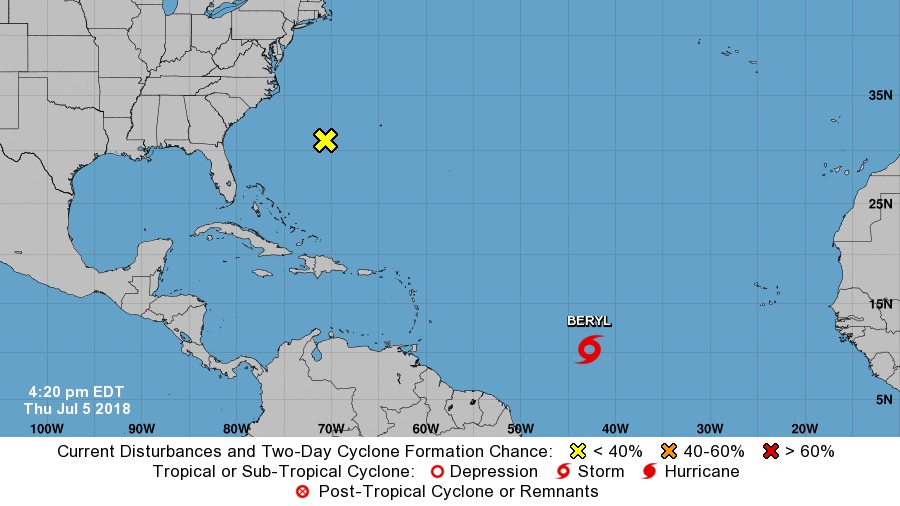 (UPDATE July 6, 2018, 5.00 am: The storm has now developed into Hurricane Beryl, the first hurricane of the 2018 Atlantic hurricane season.)

A tropical depression heading for the Caribbean has now become Tropical Storm Beryl. 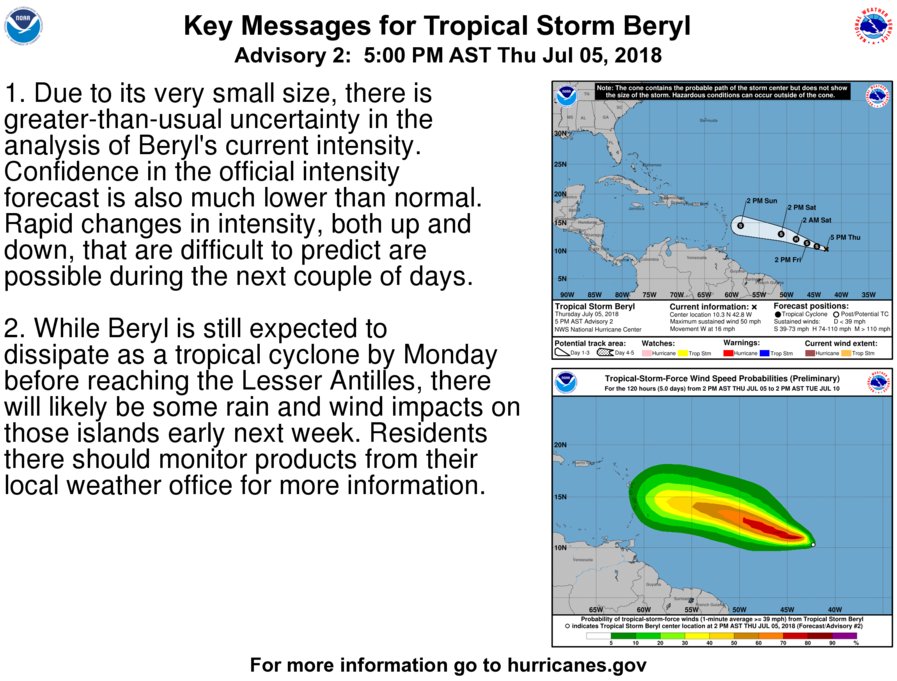 Information is as follows:

"At 500 PM AST (2100 UTC), the center of Tropical Storm Beryl was located near latitude 10.3 North, longitude 42.8 West.  Beryl is moving toward the west near 16 mph (26 km/h).  A fast westward to west-northwestward motion is expected through the weekend.  On the forecast track, the center of Beryl will remain east of the Lesser Antilles through Sunday.

"Maximum sustained winds have increased to near 50 mph (85 km/h) with higher gusts.  Additional strengthening is forecast, and Beryl could become a hurricane by Friday or Saturday.

"Beryl is forecast to degenerate into an open trough just east of the Lesser Antilles over the weekend.

"Beryl is a tiny tropical storm.  Tropical-storm-force winds extend outward up to 35 miles (55 km) from the center.

The Trinidad and Tobago Meteorological Service issued an Adverse Weather Watch for Saturday morning as the system approaches the Lesser Antilles. 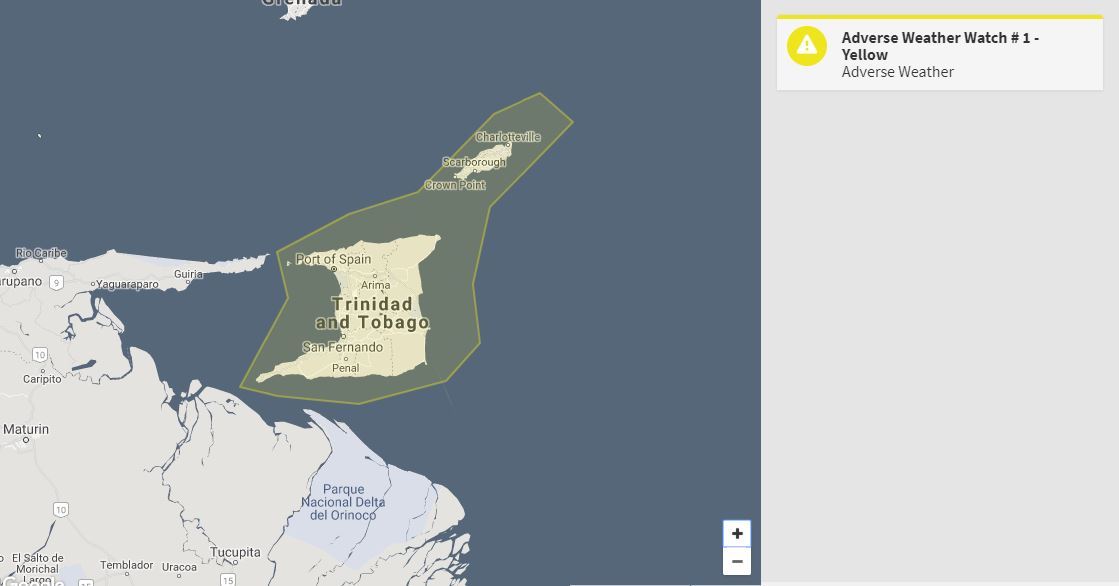 The information is as follows:

Showers, at times heavy, is expected in varying localities and thunderstorms in few areas on Saturday. Gusty winds and street or flash flooding are likely in areas of heavy showers.

This event is related to the ITCZ ( Inter Tropical Convergence Zone) being modulated by Tropical Depression #2 (now Tropical Storm Beryl).

The Met Office assured the public however that the country is not under any tropical storm watch or warning.

Citizens are advised to keep updated via the Met Office at www.metoffice.gov.tt and the ODPM at www.odpm.gov.tt

Tropical waves are areas of low air pressure which move from east to west across the tropics, causing areas of cloudiness and thunderstorms.

A tropical depression forms when a low-pressure area is accompanied by thunderstorms that produce a circular wind flow with maximum sustained winds below 39 mph.

An upgrade to a tropical storm occurs when cyclonic circulation becomes more organized and maximum sustained winds gust between 39 mph and 73 mph.