Skip to main content
Breaking News |
Pictured: Yuma brings the vibe with Fête
Watch: Ronnie and Caro wows fans with 'Cry of the Serengeti'
Rowley: Coronavirus poses threat to T&T economy
Watch: Pure Carnival stuns with glitz and colours
BATT calls on UNC and PNM to work to get T&T off EU blacklist
Sangre Grande teenager missing
5 more countries added to coronavirus travel ban; what you should know
Lost Tribe masquerader beats the odds, crosses the stage in crutches
No bail for man who threatened to kill police officer
US soldier charged for possession of a firearm 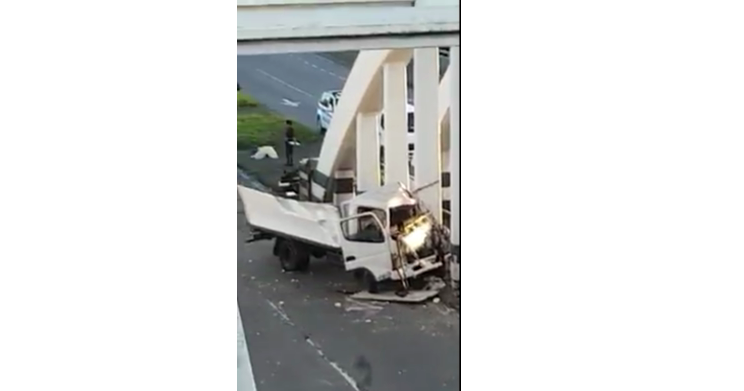 One man is dead following an early morning accident in South Trinidad.

The victim has been identified as Ian Smith of Morvant.

He died when the delivery truck he was driving slammed into a bridge at the Cross-Crossing interchange in San Fernando around 5 am on Saturday morning.

“It is with deep sadness that Linda's Bakery announces the passing of one of our drivers in an early morning road accident. Our team is shocked and saddened to have been awakened to news of the accident which involved one of our trucks and two staff members. One died at the scene and the other is hospitalised, family members have been contacted and we are working to give them our full support.”

On Thursday, a motorcyclist was also killed in an accident in Trincity.

Stefan Miller was riding his motorcycle when he collided with a car.

“With the Christmas season upon us where families come together that’s 102 families who will be experiencing heartache instead of joy.”

He said this latest crash comes, as persons across the world and even here in T&T prepares to celebrate World Day of Remembrance for Road Traffic Victims.

“On Sunday 19th November Arrive Alive will be commemorating World Day of Remembrance for Road Traffic Victims along with the rest of the world.”

Tomorrow, Arrive Alive in connection with the Ministry of Works and Transport will host a Walk and Ride for Road Safety event in Port of Spain.

The Road Safety Coordinator also called on drivers to their part.

Batson stressed that in many cases accidents can be avoided.

“Again, these incidents are preventable if the person would be more responsible in using the roads. The TTPS will continue enforcement efforts to help make the roads safer but drivers need to do their part by obeying traffic laws.”

Penal man turns himself in after couple killed in accident