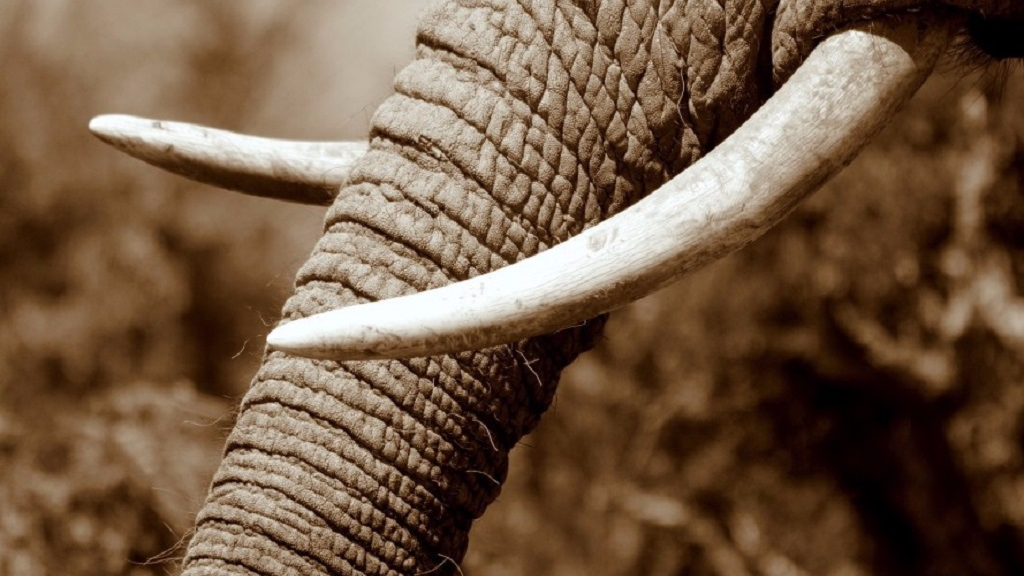 President Donald Trump said he's delaying a new policy allowing trophies of African elephants shot for sport to be imported until he can review "all conservation facts."

The U.S. Fish and Wildlife Service said Thursday it would allow such importation, arguing that encouraging wealthy big-game hunters to kill the threatened species would help raise money for conservation programs.

Animal rights advocates and environmental groups criticized the decision. California Rep. Ed Royce, the Republican chairman of the House Foreign Affairs Committee, urged the administration to reverse the policy, calling it the "wrong move at the wrong time."

Trump tweeted Friday that the policy had been "under study for years." He said he would put the decision "on hold" and review it with Interior Secretary Ryan Zinke.

Zinke issued a statement later Friday saying: "President Trump and I have talked and both believe that conservation and healthy herds are critical. As a result, in a manner compliant with all applicable laws, rules and regulations, the issuing of permits is being put on hold as the decision is being reviewed."

U.S. Rep. Vern Buchanan, a Florida Republican who co-chairs the Congressional Animal Protection Caucus, on Saturday said Trump's delay was a "step in the right direction," but more needs to be done to protect the species from extinction. In his statement, Buchanan called the sport hunting of African elephants "shameful" and said the U.S. should support a permanent ban.

Royce questioned the action because of concerns not only about African wildlife but U.S. national security, citing the political upheaval in Zimbabwe, where the longtime president was placed under house arrest this week by the military.

"The administration should withdraw this decision until Zimbabwe stabilizes," the committee chairman said in a statement. "Elephants and other big game in Africa are blood currency for terrorist organizations, and they are being killed at an alarming rate. Stopping poaching isn't just about saving the world's most majestic animals for the future — it's about our national security."

The Fish and Wildlife Service said in a written notice issued Thursday that permitting parts of elephants from Zimbabwe and Zambia to be brought back as trophies will raise money for conservation programs. The change marks a shift in efforts to stop the importation of elephant tusks and hides, overriding a 2014 ban imposed by the Obama administration. The new policy applies to the remains of African elephants killed between January 2016 and December 2018.

"Legal, well-regulated sport hunting as part of a sound management program can benefit certain species by providing incentives to local communities to conserve those species and by putting much-needed revenue back into conservation," the agency said in a statement.

Royce said that when carefully regulated, conservation hunts could help the wildlife population, but "that said, this is the wrong move at the wrong time."

He described the perilous situation in Zimbabwe, where the U.S. Embassy has advised Americans to limit their travel outdoors.

"In this moment of turmoil, I have zero confidence that the regime — which for years has promoted corruption at the highest levels — is properly managing and regulating conservation programs," Royce said. "Furthermore, I am not convinced that elephant populations in the area warrant overconcentration measures."

The world's largest land mammal, the African elephant has been classified as threatened under the U.S. Endangered Species Act since 1979.

Illicit demand for elephant ivory has led to devastating losses from illegal poaching as the natural habitat available for the animals to roam has also dwindled by more than half. As a result, the number of African elephants has shrunk from about 5 million a century ago to about 400,000 remaining. And that number continues to decline each year.

"We should not encourage the hunting and slaughter of these magnificent creatures," Buchanan said. "We don't get a second chance once a species becomes extinct."

One group that advocates for endangered species called for more action after Trump's Friday night tweet. "It's great that public outrage has forced Trump to reconsider this despicable decision, but it takes more than a tweet to stop trophy hunters from slaughtering elephants and lions," said Tanya Sanerib, senior attorney with the Center for Biological Diversity. "We need immediate federal action to reverse these policies and protect these amazing animals."