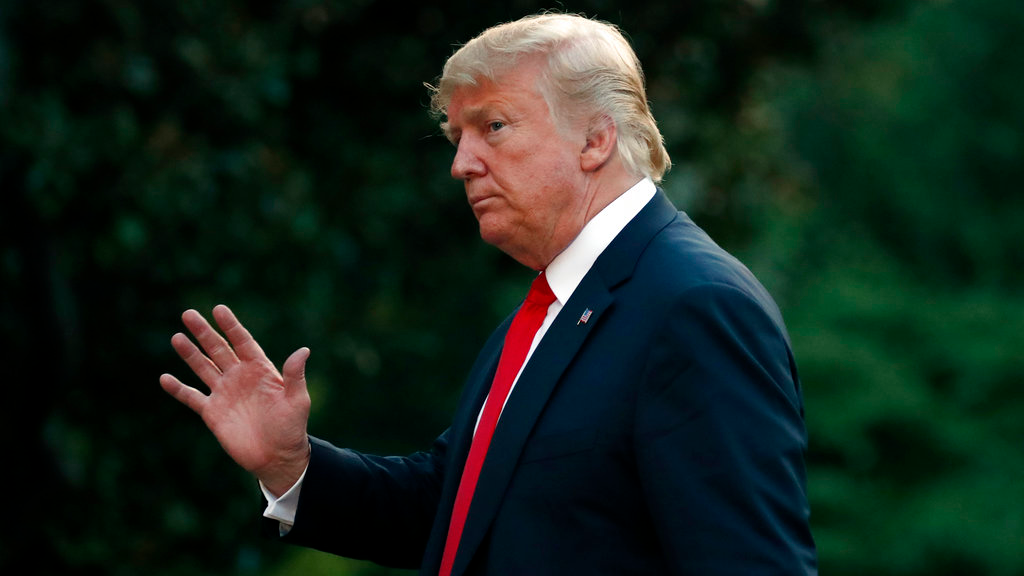 President Donald Trump denied Friday that he knew in advance about a Trump Tower meeting in June 2016 between a Russian lawyer, his eldest son and other aides that had been convened to hear dirt on his Democratic rival, Hillary Clinton.

Trump tweeted, "NO," he "did NOT know of the meeting with my son, Don jr."

Trump's campaign had been told the Russian lawyer had dirt on Clinton to share.

A person familiar with the meeting confirmed the CNN report to The Associated Press, speaking on condition of anonymity because the person wasn't authorized to speak publicly.

Cohen wasn't at the Trump Tower meeting and Cohen has not offered evidence to support the claim that Trump knew about the meeting. He does not have any recordings of the meeting, the person said.

"Sounds to me like someone is trying to make up stories in order to get himself out of an unrelated jam," Trump tweeted.

Cohen is under federal investigation in New York. The Justice Department has been investigating Cohen for months, raiding his home, office and hotel room in search of documents related to a $130,000 payment the attorney facilitated before the 2016 election to Stormy Daniels, an adult-film actress who says she had sex with Trump in 2006.

In an interview with ABC News earlier this month, Cohen declined to answer if Trump knew about the Trump Tower meeting in advance, citing the advice of his lawyers and the ongoing investigation.

Trump ready to hit all Chinese imports with tariffs