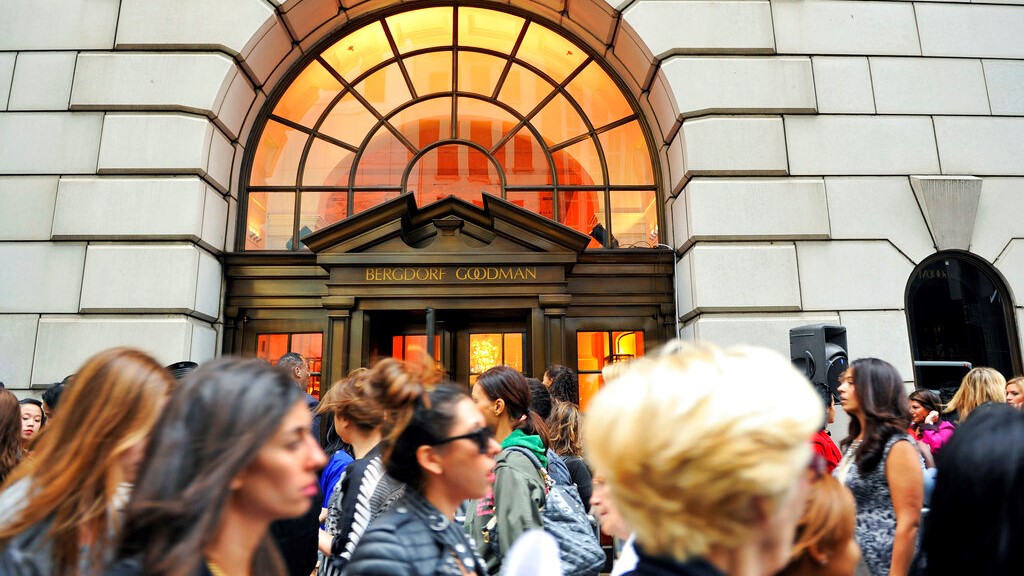 A New York-based advice columnist claims Donald Trump sexually assaulted her in a dressing room at a Manhattan department store in the mid-1990s, according to a first-person account published Friday by New York magazine.

Trump denied the allegations and said, "I've never met this person in my life."

The allegation against Trump by E. Jean Carroll is included in her upcoming book about the "hideous men" that the Elle magazine columnist says she has encountered throughout her life.

Carroll wrote that after what started as a friendly encounter with Trump at Bergdorf Goodman in 1995 or 1996, the real estate mogul pushed her up against a dressing room wall, unzipped his pants and forced himself on her. Carroll said that in a "colossal struggle," she pushed him off and ran from the store.

In his statement, Trump called the accusation "fake news" and said there was no evidence.

"No pictures? No surveillance? No video? No reports? No sales attendants around?? I would like to thank Bergdorf Goodman for confirming they have no video footage of any such incident, because it never happened," he said.

The Trump Organization, which Trump still owns, did not respond to a request for comment from The Associated Press, which has not independently verified Carroll's account.

Carroll did not immediately return a call for comment.

During the 2016 presidential campaign, more than a dozen women accused Trump of sexual misconduct in earlier years. Trump has denied the allegations and said the women are lying. While those cases generally involved groping and kissing without consent, Carroll alleged forced penetration.

Carroll, now 75, wrote in her book excerpt on the magazine's website that Trump recognized her as "that advice lady" as he arrived at Bergdorf Goodman on Fifth Avenue just as she was leaving. She said Trump invited her to help him buy a present for an unidentified "girl" and she agreed.

Carroll said that after Trump suggested a purchase of lingerie or underwear, he grabbed a bodysuit and urged Carroll to try it on. After some joking around about which one of them should try it on, Trump led Carroll to a dressing room, where, she alleged, Trump pushed her against a wall, pulled down her tights and assaulted her in an episode that lasted under three minutes.

Carrol said there were no attendants in the dressing room area and she did not file a report with the New York Police Department. She said she did, however, tell two journalist friends, one of whom urged her to contact the police while the other advised her to keep quiet, citing Trump's access to lawyers.

New York magazine said it confirmed the accounts of Carroll's friends but it did not identify either individual by name.

Trump was caught on tape in 2005 boasting of grabbing women by their genitals and kissing them without permission. When the tape became public weeks before the November 2016 general election, Trump said he never acted in any of the ways described on the tape, and described it as just "locker-room talk."

In March, a New York state appeals court ruled that Summer Zervos, a former contestant on Trump's reality TV show "The Apprentice" who accused him of unwanted kissing and groping, can move forward with her defamation lawsuit against him.

Trump isn't the only prominent man on the list of men who Carroll alleges have assaulted her.

She also claimed that Les Moonves, the former CEO of CBS, mauled her in the elevator of a Beverly Hills hotel after she interviewed him in 1997. Moonves was one of television's most influential figures when he was ousted in September 2018 following allegations by women who said he subjected them to mistreatment, including forced oral sex, groping and retaliation if they resisted.

Moonves told New York magazine that he "emphatically denies" the incident occurred. He did not respond to the AP's requests for comment.

Trump suggests Iran's shootdown of US drone was accidental