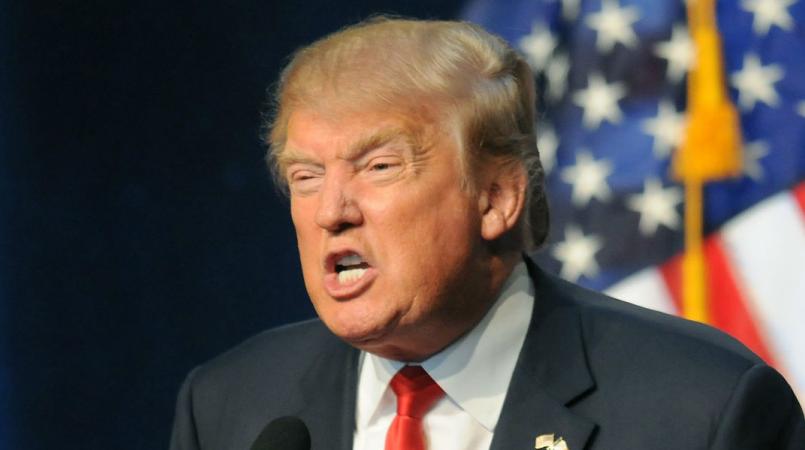 President Donald Trump says his deal with North Korea's Kim Jong Un will save tens of millions of people from a potential nuclear war. Now he just has to get everyone else on board.

Frustrated with lukewarm backing from congressional Republicans, criticism from Democratic opponents and scepticism from allies and the media, Trump made a stop on the North Lawn of the White House to promote his agreement with Kim and challenge the blowback that it's vague and lacking in clear objectives.

The surprise appearance Friday on "Fox & Friends," followed by a combative round of questions with reporters, came days after Trump returned from the Singapore summit expecting a hero's welcome and tweeting that the world now could "sleep well."

Trump, who prides himself as a master deal-maker, feels the agreement represents a major step toward solving an intractable foreign policy problem. He has been grumbling that not everyone agrees.

Trump's frustrations are all the more notable now during the honeymoon phase of the deal when goodwill has yet to be tempered by reality. The US goal of complete, verifiable and irreversible denuclearisation, even in the most optimistic case, probably will take years — and that's assuming North Korea won't violate the accord, as it has every previous nuclear agreement.

The president is facing questions about his public embrace of Kim and the North Korean's autocratic leadership style, including what Trump said was a joke about the obedience of the autocratic Kim's advisers. Trump said he was doing what is necessary for peace.

"I don't want to see a nuclear weapon destroy you and your family," Trump told reporters. He added: "If you're fair when I came in, people thought we were probably going to war with North Korea. ... If we did, millions of people would have been killed."

The joint statement signed this past week by Trump and Kim promises they will work toward a denuclearised Korean Peninsula, but includes no details on how or when weapons might be eliminated or even reduced. The summit marked the first meeting between a US and North Korean leader in six decades of hostility and did mark a reduction in tensions from last fall when Trump and Kim were trading insults that raised the spectre of war.

Trump emerged from the meeting convinced that he could sell the vaguely worded deal, as evidenced by his hour-plus news conference in Singapore immediately after their session. Since then, he has sent out tweets and messages, peaking with his Friday visit to the White House driveway for the impromptu press availability.

"He's his own communications director. Once again his press team is trying to catch up to him," said GOP consultant Alex Conant. "He's focused more on the optics than the policy, which is a trend we've seen throughout this presidency."

In a video message Friday defending the nuclear agreement, Trump said the US must seize the chance to avert nuclear conflict "at all costs."

Trump believes President Barack Obama would have gotten a different reception. And Trump thinks he should receive credit for making an agreement on an issue where Obama was unable to make progress.

Trump has called lawmakers to express enthusiasm for the agreement, but also complained that he has not had more robust support from GOP lawmakers, said a person with knowledge of those calls, who spoke on condition of anonymity to share internal conversations.

Among Trump's most vocal supporters is Secretary of State Mike Pompeo, who led negotiations to set up the summit and will hold talks with the North to work out details of the deal.

The challenge of defending the agreement became apparent this past week when Pompeo lashed out at a reporter who asked how the US would verify the North's compliance with the deal.

"I find that question insulting and ridiculous and, frankly, ludicrous," Pompeo said in Seoul, where he was seeking to reassure US ally South Korea about Trump's negotiation, including a surprise halt to joint military exercises involving the US and South Korea.

Trump's press strategy comes after a bare-bones messaging plan around the summit when White House officials seemed unable to answer questions about the broadly worded joint statement. Trump's announcement that he would halt the exercises appeared to catch Pentagon officials unaware.

White House staff said Trump's seat-of-the-pants changes on the day of the summit undercut their plans to roll out the agreement. Those plans included trying to change the time of his news conference to deciding he personally wanted to reveal the contents of the deal live. He changed his mind after news photographs showing the signed agreement text appeared on television.

Kim lands in Singapore ahead of high-stakes Trump summit