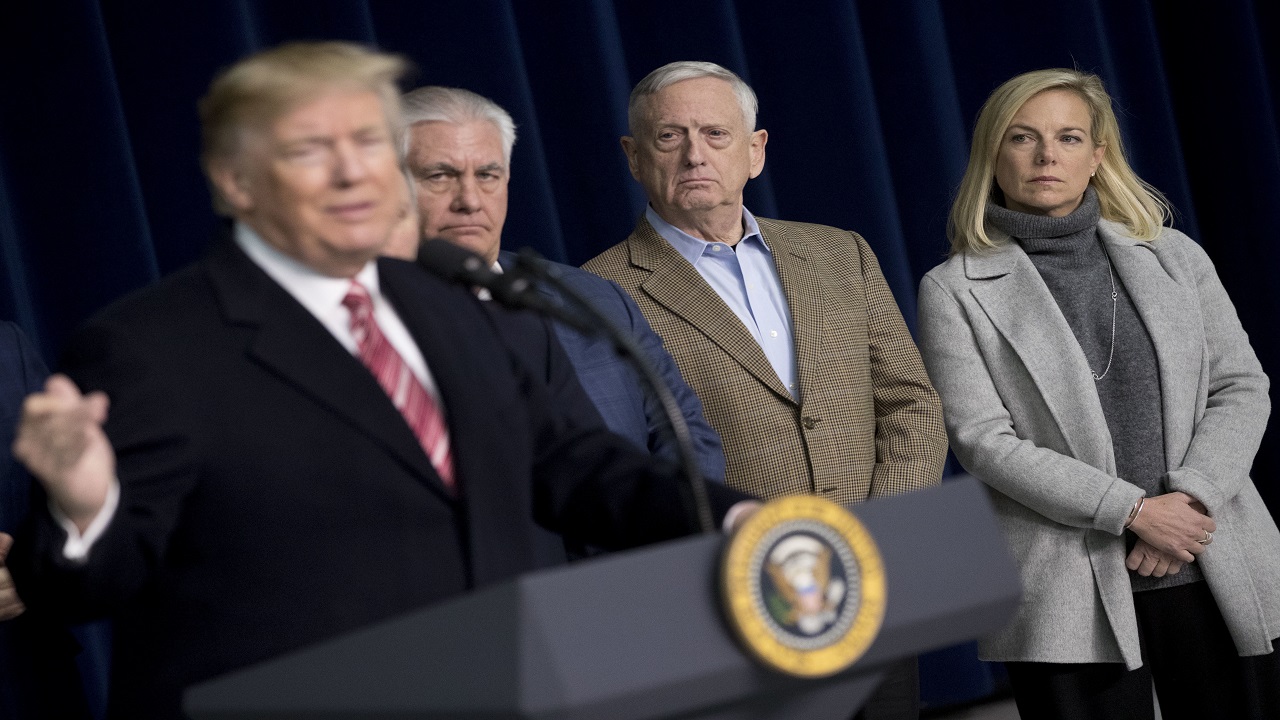 President Donald Trump, shelving comparisons about the size of a "nuclear button," said Saturday he is open to talking with the North Korean leader he's called "Little Rocket Man" and hopes some progress results from upcoming talks between the Koreas.

Trump, who last year lambasted his chief diplomat for talking about negotiations with the nuclear-armed North, told reporters at Camp David that some dialogue or direct conversation with Kim Jong Un was not beyond the realm of possibility.

"Sure, I always believe in talking," Trump said. "Absolutely I would do that, I wouldn't have a problem with that at all." But he was quick to add that any talks would come with conditions, which he did not specify.

The first formal talks between North and South in more than two years are set to take place in a border town Tuesday as the rivals try to find ways to cooperate on the Winter Olympics in the South and to improve their ties. Tensions are high because of the North's nuclear and missile programs.

"Right now they're talking Olympics. It's a start, it's a big start," Trump said during a question-and-answer session after meetings with GOP leaders in Congress and Cabinet members on the administration's 2018 legislative agenda.

The president also said that he had spoken with South Korean leader Moon Jae-in, who "thanks me very much for my tough stance."

"You have to have a certain attitude and you have to be prepared to do certain things and I'm totally prepared to do that," Trump said, contending his tough words have helped persuade the North to sit down with the South.

Trump had tweeted last week: "Does anybody really believe that talks and dialogue would be going on between North and South Korea right now if I wasn't firm, strong and willing to commit our total 'might' against the North."

His administration on Thursday agreed to delay joint military exercises with South Korea until after the Olympics. Defense Secretary Jim Mattis insisted the move was a practical necessity to accommodate the Olympics and was not a political gesture.

Trump and Kim have traded barbs recently about their nuclear arsenals.

In a New Year's address, Kim said he has a "nuclear button" on his office desk and warned that "the whole territory of the U.S. is within the range of our nuclear strike."

Trump soon responded: "Will someone from his depleted and food starved regime please inform him that I too have a Nuclear Button, but it is a much bigger & more powerful one than his, and my Button works!"