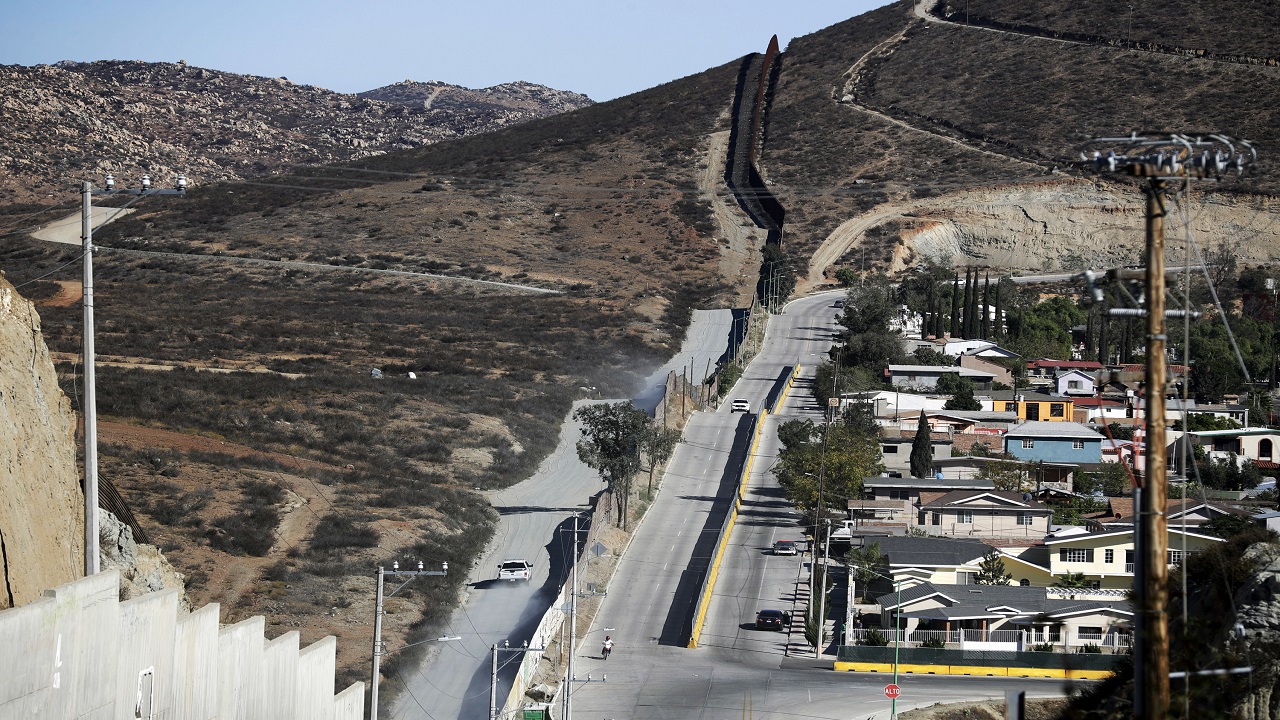 In this Nov. 9, 2016 file photo, a Border Patrol vehicle drives by the border fence in Tecate, Calif., left, along the metal barrier that lines the border, seen from Tecate, Mexico. The Trump administration has proposed spending $18 billion over 10 years to significantly extend the border wall with Mexico.

The Trump administration has proposed spending $18 billion over 10 years to significantly extend the border wall with Mexico, providing one of its most detailed blueprints of how the president hopes to carry out a signature campaign pledge.

The proposal by Customs and Border Protection calls for 316 miles (505 kilometers) of additional barrier by September 2027, bringing total coverage to 970 miles (1,552 kilometers), or nearly half the border, according to a U.S. official with direct knowledge of the matter.

It also calls for 407 miles (651 kilometers) of replacement or secondary fencing, said the official, who spoke to The Associated Press on the condition of anonymity because the plan has not been made public.

Trump has promised "a big, beautiful wall" with Mexico as a centerpiece of his presidency but offered few details of where it would be built, when and at what cost. His administration asked for $1.6 billion this year to build or replace 74 miles (118 kilometers) of fencing in Texas and California, and officials have said they also will seek $1.6 billion next year.

The 10-year plan, first reported by The Wall Street Journal, resulted from discussions with senators who asked the agency what it would take to secure the border, the official said.

It comes as the administration intensifies negotiations in Congress on a package that may include granting legal status to about 800,000 people who were temporarily shielded from deportation under an Obama-era program, Deferred Action for Childhood Arrivals (DACA).

Trump said last year that he was ending DACA but gave Congress until March to deliver a legislative fix.

The plan on border security came in response to a request by U.S. Sen. Jeff Flake, said Jason Samuels, a spokesman for the Arizona Republican.

An administration official confirmed the document was prepared at the request of congressional negotiators and said funding for the wall and other security measures must be part of any legislative package on immigration. The official spoke on condition of anonymity because the plan has not been made public.

Homeland Security Secretary Kirstjen Nielsen told The Associated Press on Tuesday that the wall would be "first and foremost" in any package that includes new protections for DACA recipients. She also said the administration wanted to close "loopholes" on issues that include handling asylum claims and local police working with immigration authorities.

Nielsen called the $3.2 billion requests for fencing during the administration's first two years a down payment.

"This is not going to get us the whole wall we need, but it's a start," she said.

Mexico has steadfastly rejected Trump's demand that it pay for the wall and few doubt that U.S. taxpayers will foot the bill if the wall is built.

The Customs and Border Protection document calls for a total of $33 billion in new border spending, including $18 billion for the wall, $5.7 billion for technology gear, $1 billion for road construction and maintenance and $8.5 billion for 5,000 new Border Patrol agents, 2,500 border inspectors and other personnel, the U.S. official said.

The document doesn't specify where the extended wall should be built.