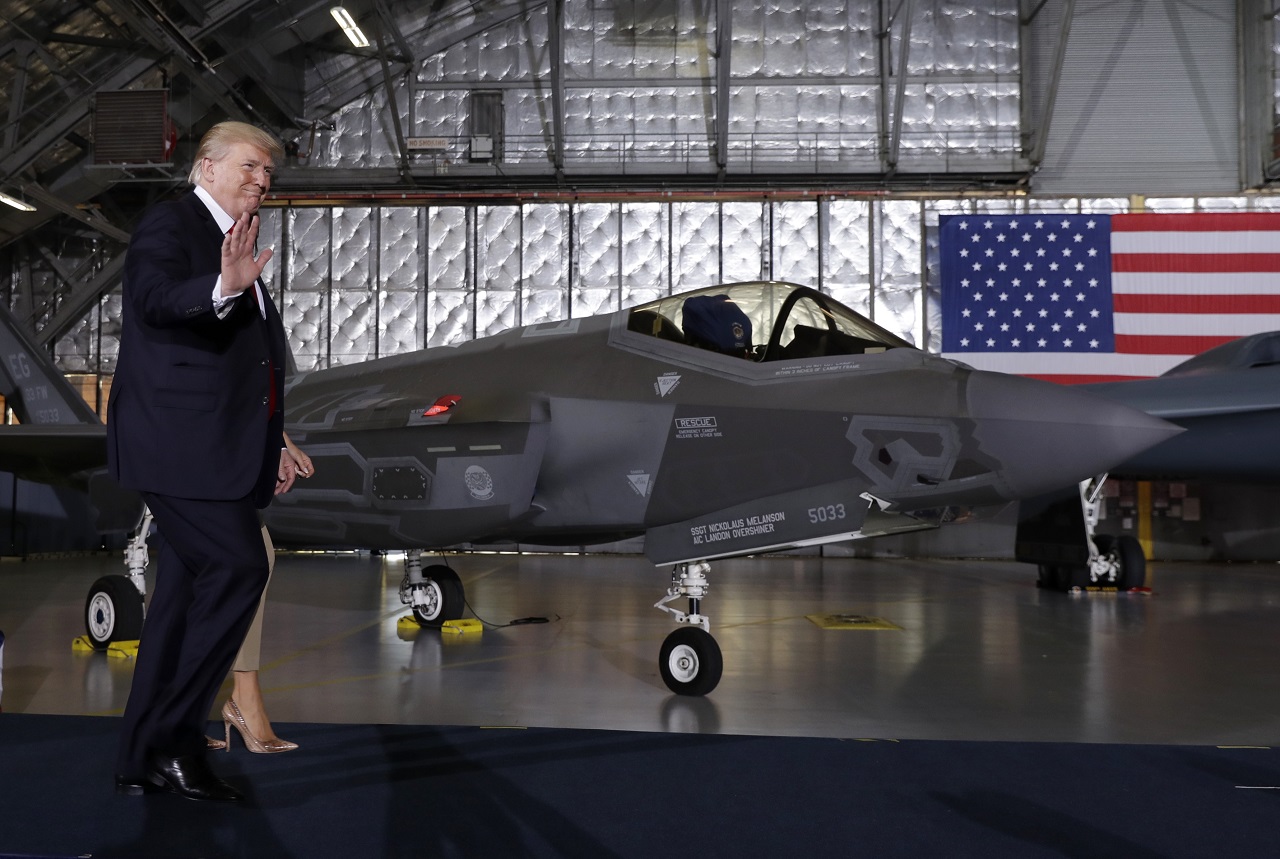 President Donald Trump's suggestion that London police could have done more to prevent Friday's homemade bomb explosion drew a quick rejoinder from British Prime Minister Theresa May, who said it's never helpful "to speculate on what is an ongoing investigation."

Trump turned the London subway bomb explosion into an opportunity to highlight his tough talk on terror and promote his travel ban.

The president's series of early-morning tweets about the still-unfolding investigation stood in contrast to his delay last month in firmly condemning Neo-Nazis and white supremacists after racial violence broke out in Charlottesville, Virginia, and left one person dead.

At the time, he said: "When I make a statement, I like to be correct. I want the facts. ... I don't want to rush into a statement."

The London bomb exploded on a packed train during morning rush hour Friday, leaving at least 29 people injured but no one with life-threatening injuries. Police said the explosion was a terrorist attack, the fifth in Britain this year.

On Twitter, Trump called the explosion another attack "by a loser terrorist." He also offered implied criticism of law enforcement, saying "these are sick and demented people who were in the sights of Scotland Yard. Must be proactive!"

Asked about Trump's comments, May said, "I never think it's helpful for anybody to speculate on what is an ongoing investigation."

Trump told reporters Friday morning that he had been briefed on the explosion, but did not provide further details.

National Security Adviser H.R. McMaster suggested later that Trump was speaking generally. Noting that law enforcement has been working to combat terrorism for years, McMaster said, "If there was a terrorist attack here, God forbid, that we would say that they were in the sights of the FBI."

"I think he means generally that this kind of activity is what we are trying to prevent," McMaster said.

At an event at Joint Base Andrews in Maryland, Trump said he offered prayers for London and said "radical Islamic terrorism it will be eradicated, believe me."

As a candidate, Trump routinely railed against President Barack Obama and Democratic campaign rival Hillary Clinton for failing to use the phrase "radical Islamic terrorism." He has used the phrase more sparingly since taking office, avoiding it during his remarks on the anniversary of the Sept. 11 attacks.

Trump also used the moment to argue on Twitter that his travel ban targeting six mostly Muslim nations should be "far larger, tougher and more specific - but stupidly, that would not be politically correct!"

And Trump promoted his handling of extremist militants, saying the government should cut off internet access for such groups.

"Loser terrorists must be dealt with in a much tougher manner. The internet is their main recruitment tool which we must cut off & use better!" he wrote on Twitter. He argued that his administration has "made more progress in the last nine months against ISIS than the Obama Administration has made in 8 years."

Trump concluded, "Must be proactive & nasty!"

The president has used attacks before to argue for his ban and to lob trans-Atlantic criticism.

After attacks in the London Bridge in June that claimed seven lives, he said on Twitter: "We need the courts to give us back our rights. We need the Travel Ban as an extra level of safety!"

The president also has had dust-ups with allies over the use of intelligence.

May protested to Trump after U.S. officials leaked information about a deadly bombing in Manchester in May. Photos showing crime scene evidence appeared in U.S. media; the bombing suspect's name was revealed while British officials were still withholding it. Trump said May was "very angry" over the leaks.

Around that time, the president himself came under fire for reportedly disclosing classified material gathered by close ally Israel. Trump shared the information with Russian officials in an Oval Office meeting.

Search for perpetrators of bomb on London subway, 29 wounded