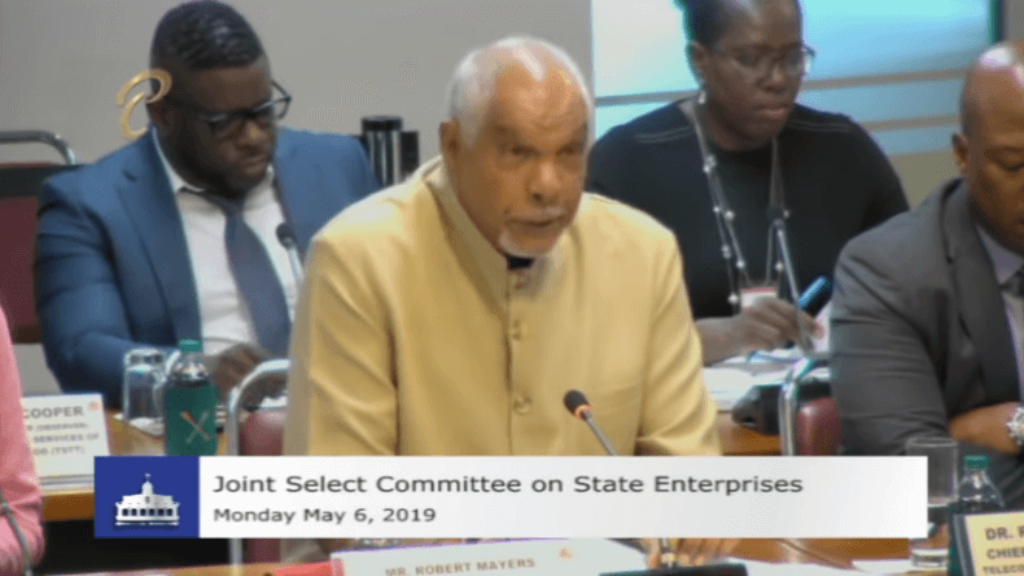 The Telecommunications Services of Trinidad and Tobago (TSTT) is well on the path to achieving significant growth by the year 2021.

So said TSTT Chairman Robert Mayers when he appeared before a Joint Select Committee on State Enterprises on Monday.

He attributed the company’s turnaround to restructuring and retrenchment exercises at TSTT.

A total of 709 members of staff were separated from the company, as TSTT sought to address employee costs which exceeded $700 million or 40 percent of total costs (compared to an industry average of 25 percent). The company also experienced a near 80 percent drop in 2018 profits when compared to 2017.

CEO Dr Ronald Walcott, who also appeared before the Committee, noted that an investigation conducted by consultancy firm Pricewaterhouse Coopers established that restructuring of the company was required in order to achieve maximum growth.

He defended the company’s decision to downsize staff.

"The revenue generated per employee was US $177,000, whereas the industry benchmark was US $400,000 and junior and senior staff remuneration levels were in excess of industry benchmarks according to information obtained from HRCSC Associates."

The company is currently engaged in a digital overhaul of its network replacing its aged copper network, making technological improvements to its data centre, and introducing a fully centralised business support system.