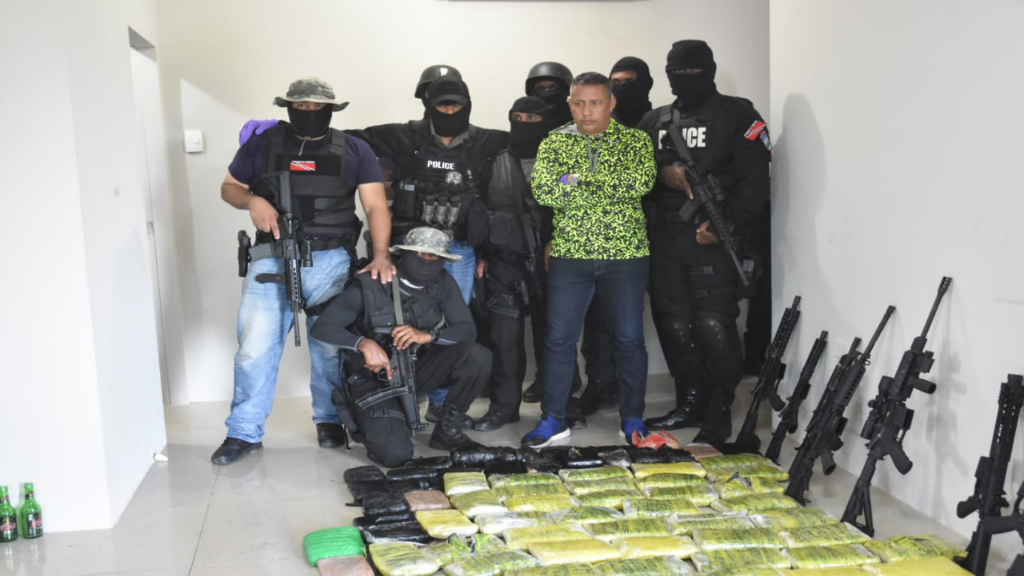 Most recently, four people were arrested and charged in a major cocaine bust in the affluent neighbourhood of Westmoorings. Among those arrested is the former stepdaughter of a Government Minister.

Attributing much of this success to the leadership of Police Commissioner Gary Griffith, the T&T Chamber said he has brought a degree of hope to the public and seems set to restore much needed confidence in the Police Service.

Noting that Griffith has been serving as Commissioner for just three months and it’s still early in his tenure, it said he has demonstrated the kind of leadership that informs the cohesion and diligence evident in many recent high-profile police engagements.

The business chamber expressed the hope that this will not only continue, but that it will eventually result in a visibly measurable reduction in crime.

It also threw its support behind the efforts of the Police Service led by Griffith to use tax dollars to attack crime and destroy crime networks wherever they may exist.

The Chamber noted, however, that this can only be achieved when all arms of the country’s justice system are working hand in hand to achieve that goal.

“While we applaud this new energy in the TTPS, we also recognise that our country will not experience the level of crime reduction that it has been crying out for – and deserves – unless all elements of the justice system are working effectively and in sync.”

“If, as we hope, the crime detection rate improves and more suspects are delivered to the courts, we have to expect that recent legislative changes to the justice system will translate into an equally dynamic response by our courts.”

The T&T Chamber also noted the effect that crime has had on citizens, and by extension, the business community.

“The business community and the citizens of this country have suffered for far too long under a structure of criminal impunity. This has had a significant negative impact on the cost and ease of doing business, while law-abiding citizens live with a growing sense of fear and despair.”

Lauding Griffith’s efforts thus far, the T&T Chamber reiterated its commitment to work alongside the Commissioner and his team to make the country as safe and as crime-free as possible.