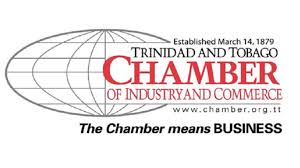 The Trinidad and Tobago Chamber of Industry and Commerce (T&T Chamber) is calling on the Government to host public consultations on proposed reforms to the Freedom of Information Act (FOIA).

In a statement on Tuesday, the T&T Chamber said it recognised unfolding discussions on the proposed amendments to the FOIA, Chapter 22:02.

It said it was "unfortunate" that the introduction of this very important piece of legislation on the Parliamentary agenda did not allow for public dialogue.

Meanwhile, the Chamber acknowledged that the Attorney General has revised the proposed amendments with regard to the time-frames for information requests under the Act. It said, however, that the Government should work toward international best practices.

"Ultimately, it is necessary to maintain the purpose and intent of the Act, and avoid undermining it with bureaucratic obstacles. Any amendments should be guided by international best practices, global standards and norms."

The T&T Chamber is urging the AG to defer laying the amendments in Parliament until proper public consultations have been completed.

"We wish to reiterate that such a process is integral to any legislation which impacts the country’s stakeholders and citizenry."