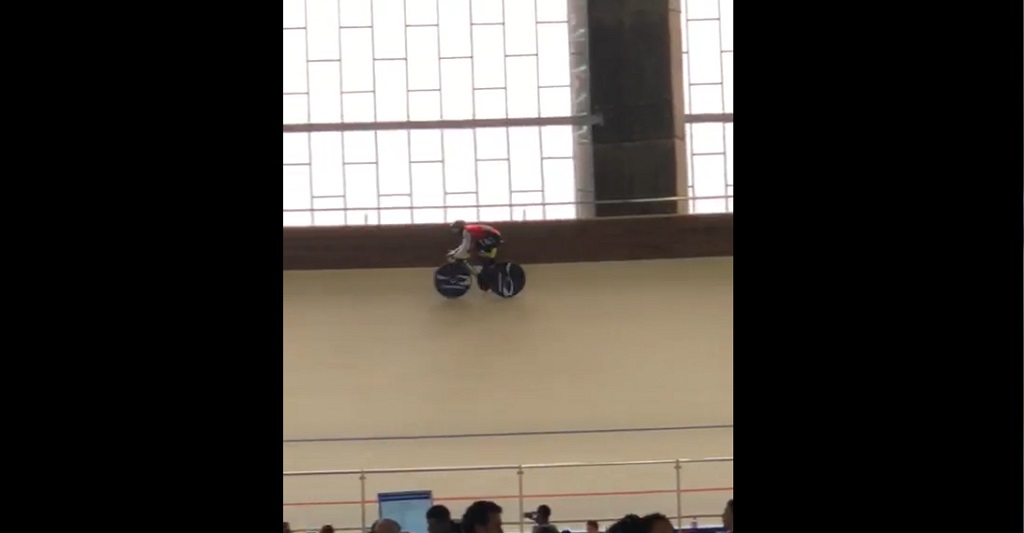 The record was previously held by France's Francois Pervis who finished at 9.347 seconds in Mexico in 2013.

Paul was part of the team including Keron Bramble and Njisane Phillip that won gold in the men's team sprint final on Wednesday.

Prime Minister Dr Keith Rowley has since offered congratulations on the accomplishment.

"Congratulations to Nicholas Paul on setting a new world record at the Elite Pan American Cycling Championship in Bolivia in the flying 200m sprint. The cyclist clocked a time of 9.100 seconds to smash the 2013 record of 9.347 seconds," he posted to Facebook. 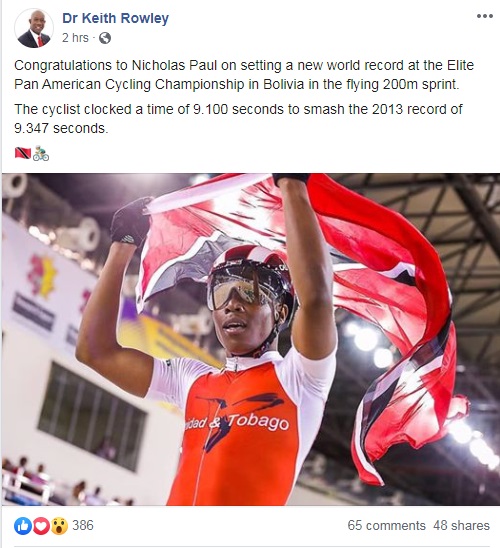 Traffic Alert: Restrictions in place for Beacon Cycling on the Avenue