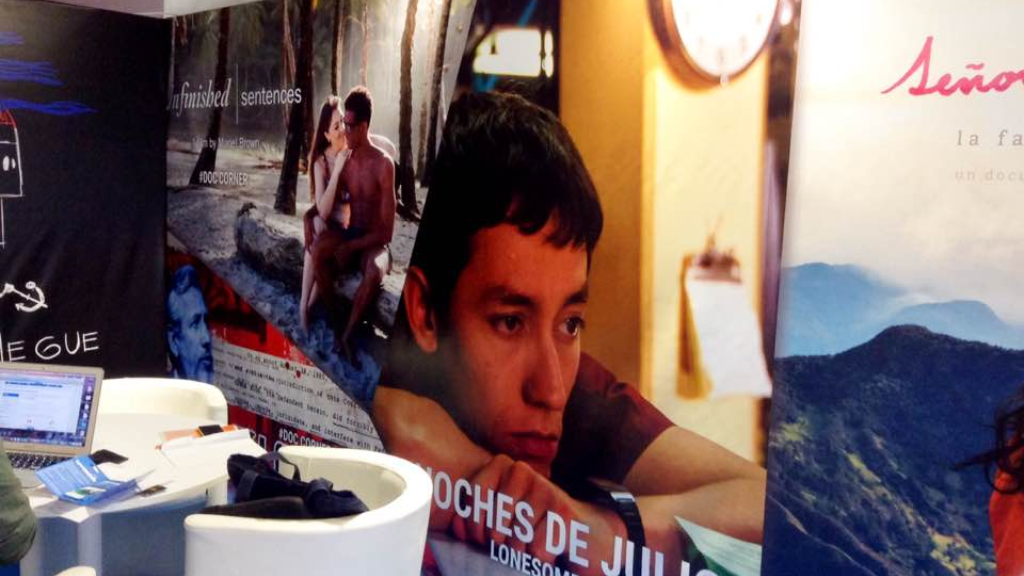 The Cannes Film Market takes place annually during the Cannes International Film Festival and connects producers from all over the world to film professionals to network and advance their projects, through potential investment, sales and distribution, co-productions and professional development. The Market is an annual meeting point for more than 12,400 professionals, including 3,900 producers, 3,300 sellers and buyers and 1,000 festival programmers.

FilmTT’s General Manager, Nneka Luke, stated, “As an equity investor in Moving Parts through the Production and Script Development (PASD) programme, and as a contributor to Unfinished Sentences through the 2017 Open Call for Small Marketing and Development Grants, we at FilmTT are thrilled to witness the success of these projects as markers of significant industry development. This is an unprecedented time with two T&T films appearing at the Cannes Film Market with their respective sales agents, with opportunities for sales. We now have a total of three films from Trinidad and Tobago appearing at the Cannes Film Market over the last two years; The Cutlass appeared in 2017.”

In May 2018, Flourishing Films, a boutique Los Angeles-based firm, signed Moving Parts to represent the film as international sales agents, and are currently at the Marché du Film actively looking for buyers. Flourishing Films’ intent is to expand access to specific filmed content originating from the US, Africa, the UK and countries around the world.

“I am excited to have Moving Parts at Marché du Film and to be partnering with Flourishing Films,” says Upczak, “The more content from Trinidad and Tobago that reaches the international market via film festivals, film markets, theatres and on-demand services, the more aware programmers, funds, financiers and other filmmakers will become of the unique geography, social and cultural make-up and rich storytelling potential of T&T, both for indigenous filmmaking and for international productions.

"FilmTT was the first entity to come on board with financial support for Moving Parts. Through their encouragement and validation, we were able to raise the remainder of our budget and to produce the film locally. FilmTT has contributed more than financial support to Moving Parts, including providing numerous international contacts and facilitating entry into a number of festivals, making the connection for Moving Parts with Flourishing Films, and providing insight and strategic value during the release of the film.”

“Being in the Marché du Film is a huge step for me personally,” Brown explains, “this is the first time one of my films has attracted the involvement of a sales agent, and also the first time it has been in the film market at Cannes. It brings fantastic visibility to my film and also to the Trinidad and Tobago film sector. FilmTT has brought institutional support to the film that has been helpful. I was able to produce a beautiful trailer for Unfinished Sentences thanks to the financial support of FilmTT and I am hugely grateful for that.”

Mariel Brown’s Unfinished Sentences is an intimate exploration of the often-tumultuous relationship between the director and her late father, acclaimed Trinidadian columnist and poet, Wayne Brown. The T&T premiere took place in late April 2018 as part of the NGC Bocas Lit Fest Cine Lit series, to an audience comprising of the Prime Minister of the Republic of Trinidad & Tobago, Dr The Honourable Keith Rowley, Chairman of Republic Bank, Mr. Ronald Harford, the film’s cast, crew, family, friends, supporters and T and T film lovers.