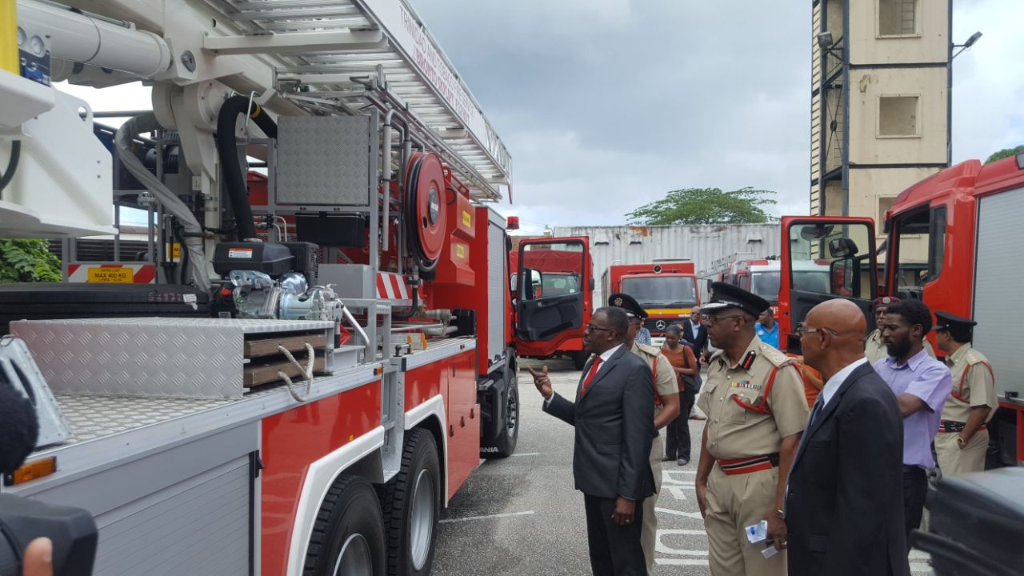 The Trinidad and Tobago Fire Service was gifted 17 new vehicles by the Government on Tuesday which included appliances, a hydraulic lift, and ambulances.

This Christmas “gift” has an estimated cost of $37 million to taxpayers, however, according to Minister of National Security Edmund Dillon, it was a symbol of the continuing emphasis and attention that the Government was placing in the Fire Service.

He noted that the Government was also committed to the repair and refurbishment of several fire stations throughout the country, including the Arouca, Woodbrook, and Princes Town Fire Stations. 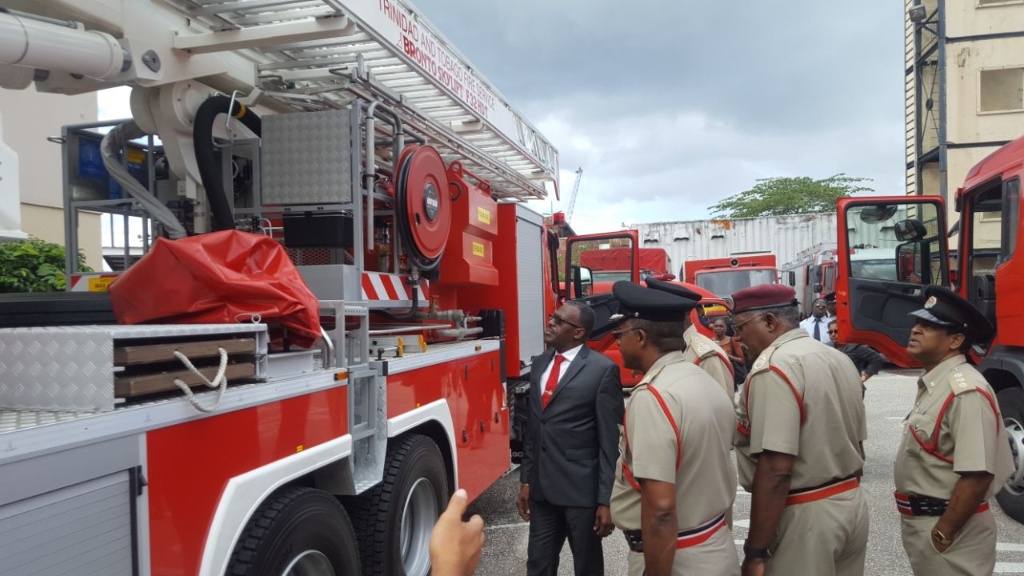 Of the 17 vehicles handed over, five were water tankers, three were water tenders, one was an emergency tender, another was a hydraulic platform and there were seven ambulances.

This, LoopTT was told, would take the number of ambulances in the Fire Service up to 25.

And while decisions were still being made as to which stations would absorb the vehicles, it is believed that the emergency tender will be sent to Tobago while the Southern Division would receive the hydraulic platform.