T&T to get US$7 million after heavy rainfall 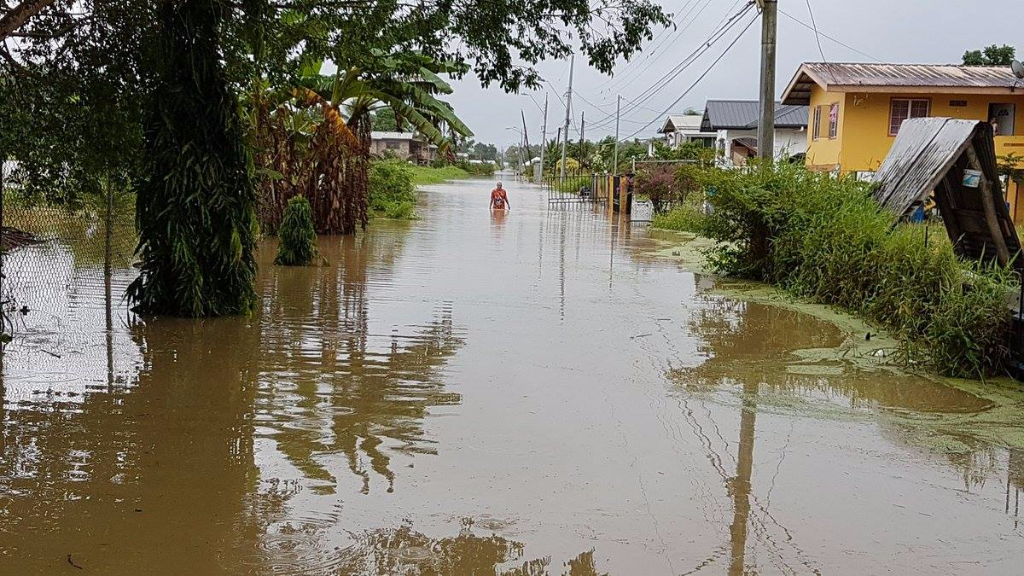 Trinidad and Tobago is due to receive US$7,077,886 (approximately TT$47.4 million) in insurance coverage following heavy rains and flooding which occurred earlier this month.

In a statement issued Monday, CCRIF SPC (formerly the Caribbean Catastrophe Risk Insurance Facility) said the payout will be made on the country's Excess Rainfall policy following a period of heavy rainfall between October 18 and October 20 2017.

Trinidad & Tobago has been a member of CCRIF since 2007 and has purchased CCRIF policies for Tropical Cyclone and Earthquake since 2007.

In recent years, Trinidad & Tobago has experienced severe hydrological events not associated with hurricanes, resulting in major flooding and loss of property and livelihoods.

The company said this year, for the first time, the Government purchased a CCRIF policy for Excess Rainfall (XSR) and has two separate XSR policies in place – one for Trinidad and one for Tobago. Following the recent heavy rainfall, the policy for Trinidad was triggered.

CCRIF insurance products for earthquakes, tropical cyclones and excess rainfall are parametric and make payments based on the intensity of an event (for example, earthquake intensity,  hurricane wind speed, volume of rainfall) and the amount of loss calculated in a pre-agreed model caused by these events.

In the case of rainfall, losses are estimated using a model based on amount of rainfall (excess rainfall). Hazard levels are then applied to pre-defined government exposure to produce a loss estimate. Payout amounts increase with the level of modelled loss, up to a pre-defined coverage limit.

Therefore payouts can be made very quickly after a hazard event – and in the case of CCRIF, within 14 days after the event. This is different from traditional insurance settlements that require an on-the-ground assessment of individual losses after an event before a payment can be made – a process that can often take months or even years.

Local officials and technocrats in Trinidad have referred to the recent rainfall, which has caused widespread flooding, as "unprecedented".

"The CCRIF payout will provide quick liquidity to the Government for immediate repairs and recovery efforts. Countries need to be mindful that CCRIF was not designed to cover all the losses on the ground – but rather to allow governments to reduce their budget volatility and to guarantee sufficient capital for emergency relief. Providing quick liquidity to affected countries post-disaster was the main rationale for the establishment of CCRIF in 2007."

"The Caribbean is experiencing the effects of climate change with more frequent and extreme weather events such as hurricanes, rainfall events and drought. This is becoming the new normal," the company said.

Analysis from an Economic of Climate Adaption (ECA) Study undertaken by CCRIF in 2012 showed that that annual expected losses from wind, storm surge and inland flooding already amounts to up to six percent of GDP in some countries and that climate change could increase expected loss by one to three percent of GDP by 2030.

Since the inception of the facility in 2007, CCRIF has made payouts totalling US$123.5 million to 12 member governments – all made within 14 days of the event.

This payout to Trinidad will bring total payouts to US$130 million. These monies usually represent the first injection of liquidity to countries affected by catastrophe events.

"While CCRIF’s payouts are relatively small compared to the overwhelming cost of rebuilding, all recipient governments have expressed appreciation for the rapid infusion of liquidity, which they are able to use to address immediate priorities," the company said.

For more information about CCRIF go to www.ccrif.org.