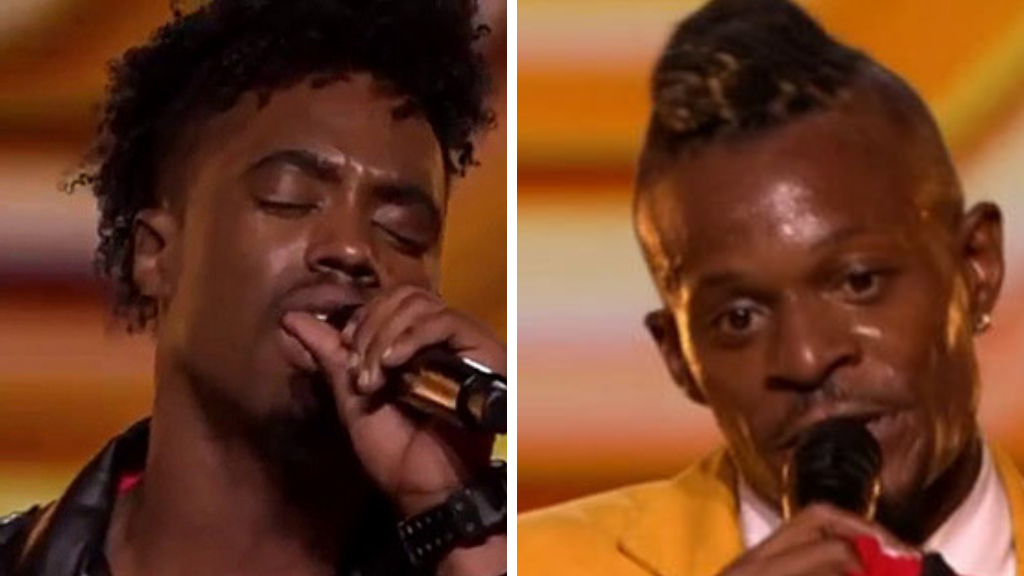 Trinidad and Tobago and Jamaica have enjoyed friendly and not so friendly rivalries throughout their histories. From culture to KFC, the islands have long jostled to claim bragging rights over the other.  Now, thanks to the X Factor, the islands are set to battle again as contestants from T&T and Jamaica have found themselves in the judges’ favour.

As X Factor heads into the Live Shows today, Caribbean eyes will be on Olatunji Yearwood, a soca singer from T&T and Dalton Harris, a soulful singer from Jamaica. Who will come out on top, who will reign supreme? We are closely following the show to find out but below we will tell you who the performers are and look at their chances to make it to the top and bring glory to the Caribbean.

Who is he? Soca singer from T&T

Claim to fame: In 2015 he won the last Groovy Soca Monarch competition at the International Soca Monarch show.

Back Story: Edward Yearwood, a well-known composer and mother Mairoon Ali, a Trinidadian actress, radio personality and teacher. He established himself as a soca and calypso talent early on when he entered and won multiple talent shows while still in his teens, including the National Junior Calypso Monarch competition. His shot to global fame when he won Trinidad's famous Soca Groovy Monarch/International Soca Monarch in 2015, performing his blockbuster single "Ola. He is the very last International Groovy Soca Monarch champion, as the competition's format was changed in 2016 to exclude that category.

Why he is liked: As his mentor Ayda Field said at the judges House, Ola brings something new to the competition. He is singing a genre that is not yet mainstream and certainly different to anything on the show. He is also a showman, he has the moves and the charisma to go along with his music.

Who is he? Soulful and emotional singer

Claim to fame: In 2010 Dalton. At 16, became the youngest winner of the Jamaica edition of Digicel Rising.

Back Story: Dalton has had a difficult life. Living on his own since the age of 15, he dropped out of school following his Digicel Rising Stars win and was living in abject poverty. Music promoter and producer Donovan Germain, the CEO of Penthouse Records, took the young singer under his wings, got him back into school and put his life back on track Harris aced his CSEC exams and told the Jamaica Observer in 2013 that he was the first male in his family of 22 brothers and sisters between my mother and father, to go that far with education.

Trademark: His remarkable voice and his ability to hit high notes

Why he is liked: Dalton is passionate and gives raw emotion when he sings. He has a story to tell and that fuels his song choices.  He isn’t afraid to tackle big songs and arrange them in ways that have blown the judges away.

What might work against him: Dalton has to show versatility in his performances and surprise the judges and audience with something other than a big, emotional song.

X Factor Live Shows begin today. Those in the UK will be able to vote for their favourite performers via testing, calling from a landline or mobile or through The X Factor app.

The Lounge: Olatunji looks forward to next round of X Factor