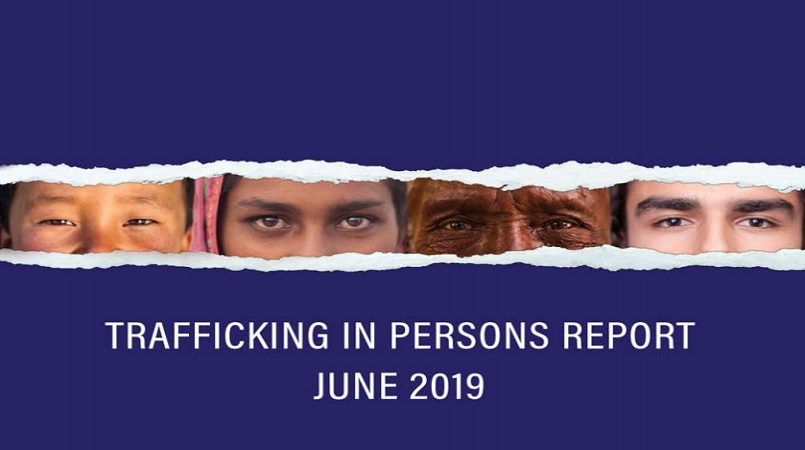 According to the United States Department of State Trafficking in Persons Report 2019, Trinidad and Tobago has maintained its Tier 2 ranking.

The report which was released on Thursday noted that T&T does not fully meet the minimum standards for the elimination of trafficking; however, it is making significant efforts to do so.

However, the United States Department of State added that the government of Trinidad and Tobago did not meet the minimum standards in several key areas.

The report expressed concern, that due to a lack of screening, the government penalized some trafficking victims, including children, for immigration offences as a result of the trafficking crime.

“The government had yet to secure a conviction under its 2011 anti-trafficking law. Public officials, media, and experts noted increasing reports of potential government complicity in trafficking cases, with insufficient government attention to the issue.

Due to a lack of screening, the government penalized some trafficking victims, including children, for immigration offenses as a result of the trafficking crime. It did not adequately screen migrants, asylum-seekers, or refugees for trafficking indicators, including among Venezuelans. The government decreased the amount of funding for victim services and did not provide adequate victim care in some cases.”

The recommendations provided include increase efforts to investigate, prosecute, and convict traffickers, including complicit officials and increase proactive victim identification and screening among migrants, asylum-seekers, 463 and refugees.

It noted that the government should also ensure trafficking victims are adequately screened so that they are not penalized for crimes that occurred during their exploitation.

Some of the other recommendations made include: