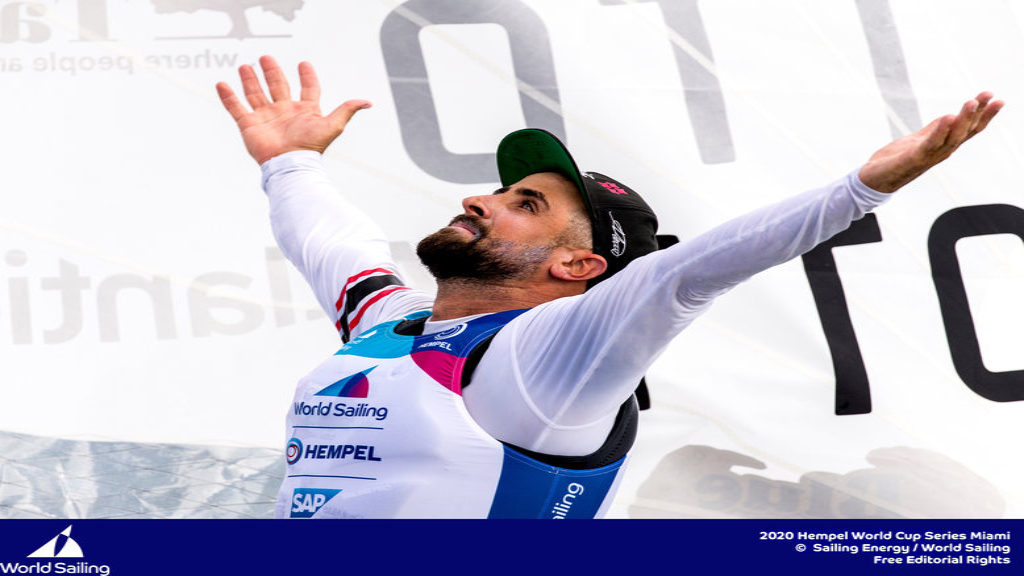 Lewis competed at the Hempel World Cup Series Miami which began on January 20.

During the five-day regatta Lewis finished 2nd, 4th, 3rd, 5th, 8th, 8th and 17th . There were 40 sailors in the annual race fleet with 15 athletes from three countries vying for the Olympic berth.

Although he placed 4th overall, Lewis out-sailed his rivals from Canada and Mexico who were also competing for country spots to qualify for Tokyo 2020. The Hempel World Cup Series in Miami had one qualification spot available for the Olympics.

Commenting on his performance and qualification success, Lewis said, it was a long and difficult journey.

“This was a long hard journey, especially after the accident. I am thankful to God and my team for helping me along this path. Yesterday was the anniversary of when I started training with my coach, Javier Hernandez Cebrian, what better way to celebrate it than my Olympic qualification.”

He thanked his sponsors Atlantic, Tatil, Blue Waters, Republic Bank, as well as The Ministry of Sport & Youth Affairs and the Sport Company of Trinidad & Tobago.

Lewis also expressed thanks to the people of Trinidad & Tobago for its continued love and support, messages and positive vibes.