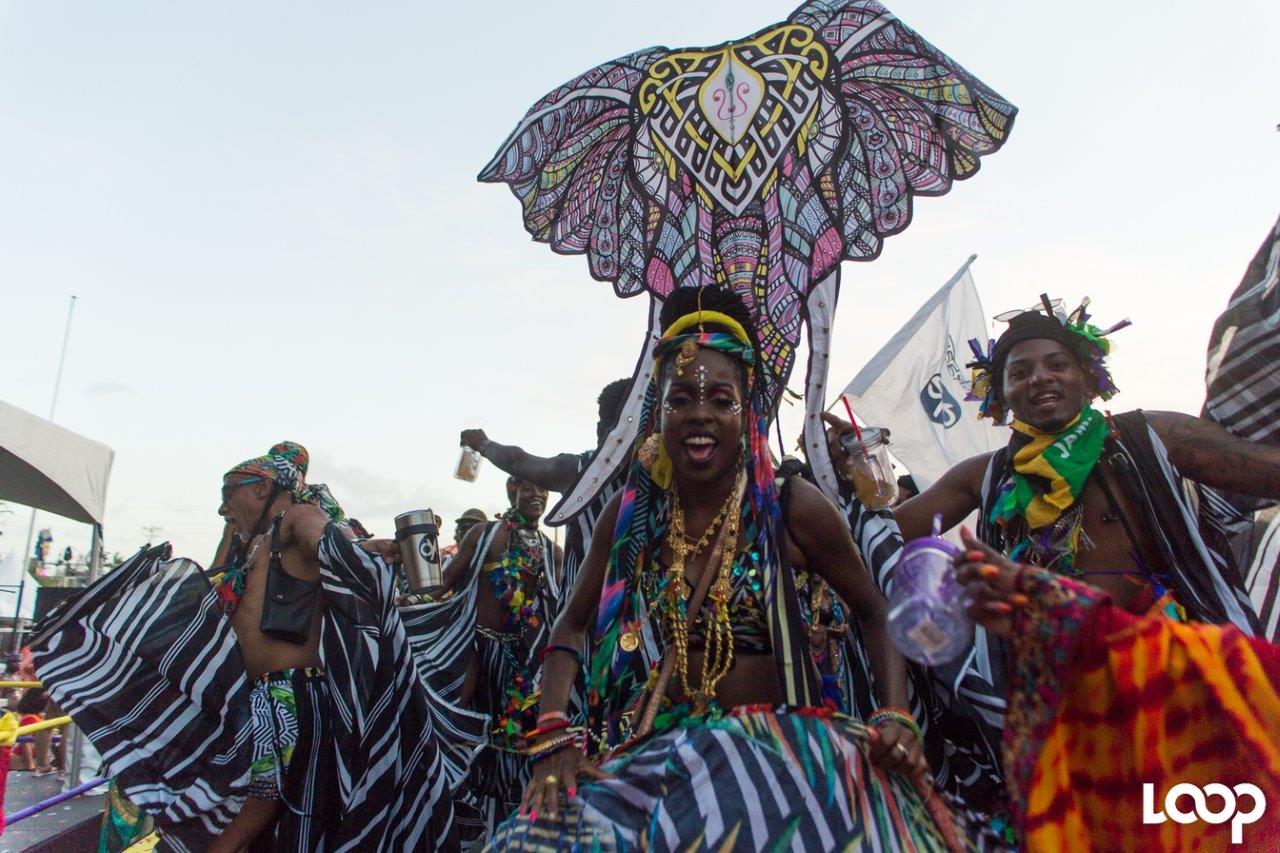 A masquerader from The Lost Tribe's presentation TAJ. T&T saw an increase in visitors over the 2019 Carnival period.

Trinidad and Tobago’s tourism industry is on an upward trajectory.

In his contribution to the 2020 Budget debate, Tourism Minister Randall Mitchell said in 2019, the twin-island saw an improvement in visitor arrival figures.

He said between January to August, T&T recorded 267,256 stopover arrivals, a 2.5 percent increase over the same period in 2018.

He said the increase in Tobago is directly as a result of the increased marketing initiatives done by Tobago House of Assembly, Tobago Tourism Agency Limited and Sunwing flights.

T&T also saw an increase in arrivals from its core source market from January to July. Arrivals from the United States increased by six percent, Canada by five percent, South America by 9.2 percent and Germany 8.3 percent.

He said 80 percent of the visitors from non-core markets identified business and work as their reason for coming, therefore, validating his Government’s thrust to position Trinidad as a destination for meetings, conferences and exhibitions.

Visitor spend was also up this year by 12.6 percent. Mitchell said the average visitor spent TT$9,180.65 for an average stay of 14 days. Carnival visitors spent on average TT$12,000 per person and a total spend of close to TT$400 million according to the CSO.

Carnival also registered an increase in visitors in 2019, with 35,560 visitors counted in the 19 days prior to carnival Monday. This is a five percent increase over the corresponding year.

Government also saw an increase in the 10 percent hotel room accommodation tax it imposes on hotels. Mitchell said in 2019, hotels reported revenue of TT$545 million from rental of rooms up from TT$515 million. Fifty-four million dollars was remitted to the Government in taxes, which Mitchell said, went to the consolidated fund.

The cruise sector continued to be challenging as total cruise arrivals fell over the 2018 to 2019 period. Mitchell explained that in 2017/2018, T&T saw an upward tick in cruise arrivals due to damaged ports from Hurricanes Irma and Maria.

Trinidad, he said, reported an 11 percent increase over the previous season as a result of visits by the MSC Presioza.

“We continue to meet the challenge that we face here because of our geographical location. Trinidad and Tobago is the most southern and the furthest away of the Caribbean from the home ports of San Juan, Puerto Rico and Miami and we continue to entice them and distinguish ourselves as a different port offering a different set of experiences,” he said.

Commenting on the elimination of Arrival and Departure forms at the airport, Mitchell said this is a boost to the tourism industry.

“For far too long in the tourism industry we were hamstrung by the untimely receipt of data from the Central Statistical Office collected from the immigration forms. The immigration division must manually receive and process each form and the information contained is subject to challenges with storage of the paper and human error,” he said.

He said the software replacing the paper process presents opportunities to modify data captured such as the province or city a person is traveling from, their final destination and easily distinguish visitors resident abroad or dual citizens traveling on a T&T passport.