T&T sprinter denies being charged for domestic violence against wife 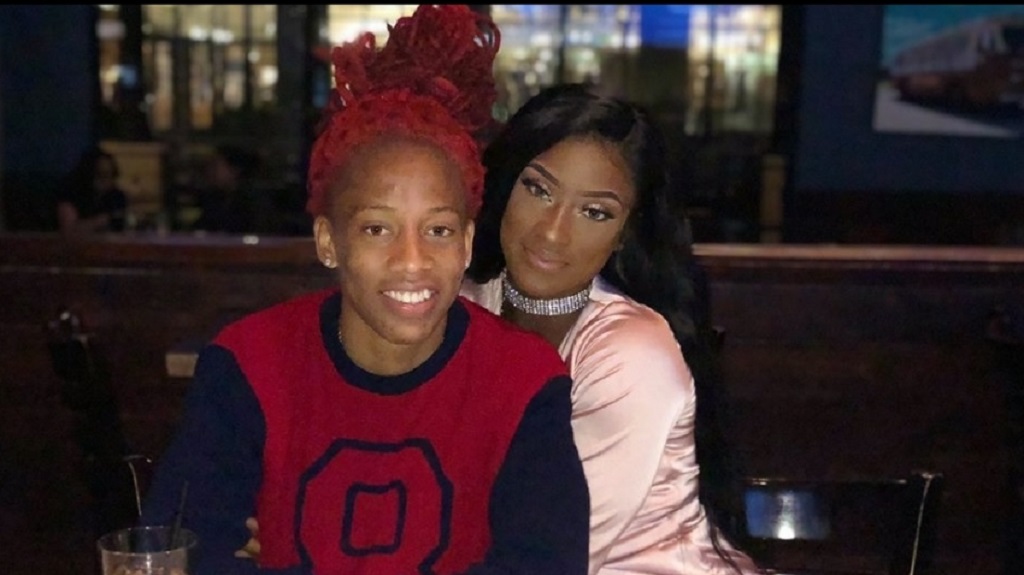 Trinidad and Tobago two-time Olympian, Michelle Lee Ahye, says she is saddened by newspaper reports which claim she was charged for beating her wife Chelsea Ahye, in Texas.

Last week, Chelsea posted a picture of her wife whom she married in May 2018, to Instagram. It appeared to be a mugshot with the caption, "Just because I have time today!! You're a manipulative...abusive...habitual cheater!!!!"

"I pray God gives me the strength to get through this time in my life!! I don't regret anything in my life BUT MARRYING you was most definitely one of them," she continued.

Ahye responded in a message posted to her Instagram story on Thursday. She denied being charged and said she was focused on representing Trinidad and Tobago at track events in Europe. 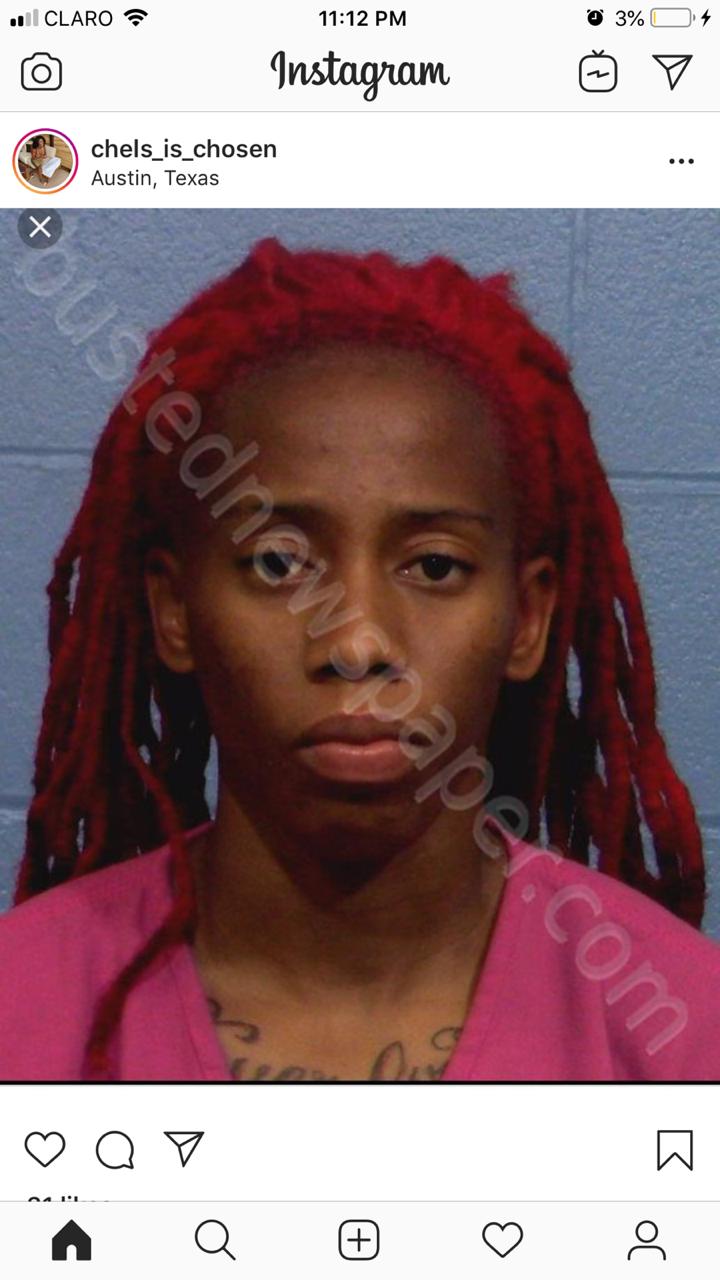 "I am aware of the information that was brought to the public's attention My family and I appreciate all the concern and support that we have been receiving. No charges was laid against me. I am highly saddened and hurt by the situation and wishes nothing but the best to Chelsea and her future endeavors. I am currently in Europe refocusing my attention to the upcoming European circuit and the upcoming international competitions where is carded to represent T&T not to mention while doing what I Love. We kindly ask that the public can respect my family's privacy at this time." 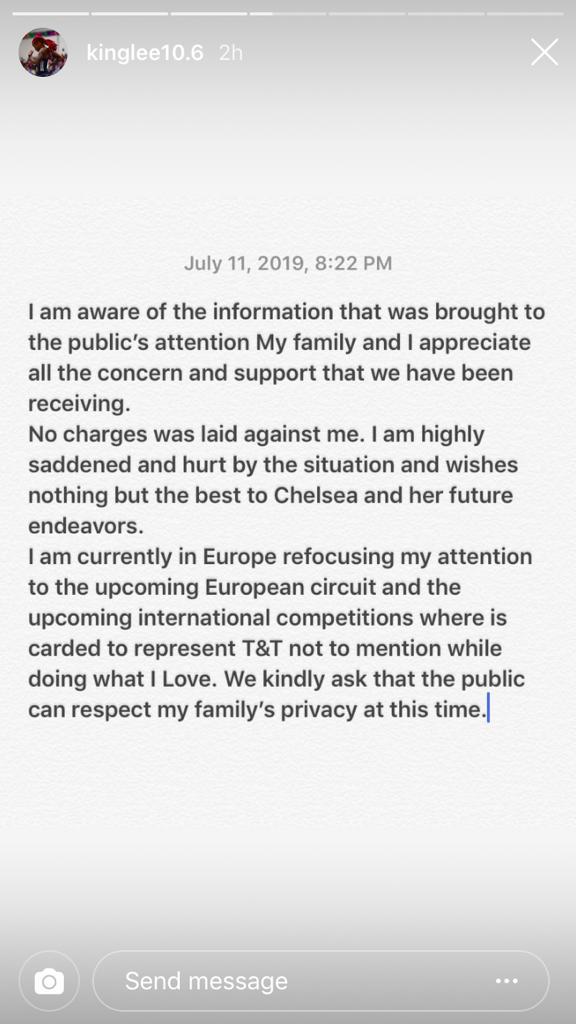 However, reports say that the T&T sprinter was, in fact, arrested on June 20 on a charge of assault causing bodily injury. She was released on June 21 and is to appear in court at a later date.