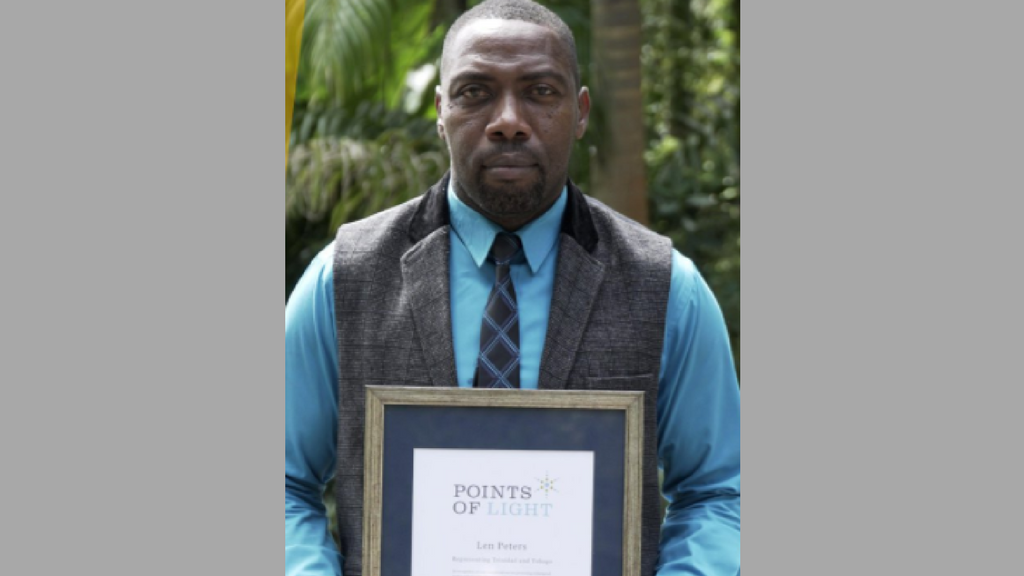 The Points of Light awards is a special series of awards recognising inspiring volunteers from the 52 countries of the Commonwealth.

Peters protects 20,000 turtle nests yearly, and has even had his work featured on BBC’s ‘Blue Planet 2’ with Sir David Attenborough.

The conservationist was recognised by Queen Elizabeth II on Thursday and named as the recipient of the award in honour of his exceptional voluntary service protecting endangered turtle species.

The Queen’s recognition of Peters’ work ‍‍‍‍‍‍comes as she offers her thanks to inspirational volunteers across the 52 Commonwealth nations for the difference they are making in their communities and beyond – as part of the lead-up to the Commonwealth Heads of Government Meeting in London April 19-20.

In making the announcement, the British High Commission said Trinidad and Tobago is now home to one of the densest leatherback nesting beaches in the world, thanks to Peters’ educational work in local communities and regular patrols of the country’s beaches.

The Commission added that the Heads of Government meeting will celebrate inspirational acts of volunteering across the Commonwealth and help inspire others to make their own contribution to tackling some of the greatest social challenges of our time, as these stories of service are shared.

Peters, on receiving the award, is quoted as saying that he was honoured to receive the prize on behalf of the dedicated members of his organisation.

He added that the award recognises many years of dedicated voluntary service performed by him and the members of his community in protecting the environment and creating sustainable livelihoods.

Peters said he hopes that his acceptance of the award would, in some small way inspire others to see the value of voluntary service.